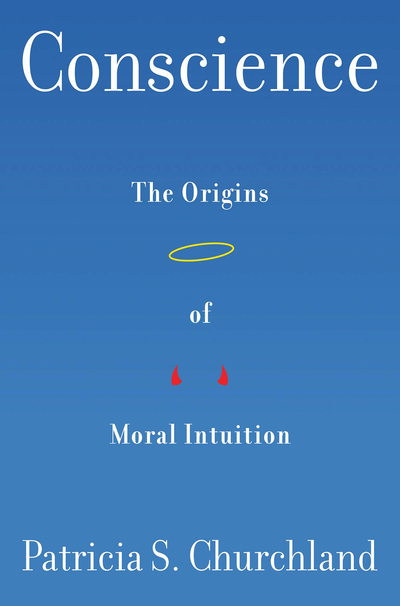 e are, as Aristotle, Darwin, and many others realized, social by nature. We would have no moral stance on anything unless we were social. Fine, but what biological evidence supports the idea that humans are social by nature? Research in neuroscience has improved our understanding of what it is about wiring in mammalian brains, including human brains, that makes us social.

Very roughly, our infant brains are genetically set up to take pleasure in the company of certain others and to find separation from them painful. We are attached to mothers and fathers, to siblings and cousins and grandparents. As we mature, we become attached to friends and mates. These attachments are a profoundly important source of meaning in our lives, and they motivate a wide range of social behavior, including forms of caring and cooperating. To simplify, attachment begets caring, and caring begets morality.

As infants grow and develop, they learn how their social world works. They come to appreciate how to play fair, work together, and forgive an insult. We learn by imitation, by trial and error, through stories and songs, and by reflection on our experience. We internalize norms concerning how to behave—sometimes consciously, sometimes nonconsciously. We acquire habits and skills for navigating the complexities of the social world we happen to be born into. Here, too, neuroscience has begun to understand what learning social skills and habits entails, in terms of the systems in the brain that change as we learn, and the genes that respond to make those brain changes permanent.

Science itself does not adjudicate on moral values. When all available facts are in, we may still face the questions “What should we do?” and “How should we evaluate the facts to make the right decision?” Of course, individual scientists, as humans with moral values, may well have opinions on what should be done. Thus, many scientists, upon learning that there is a strong causal link between human papillomavirus and cervical cancer, campaigned in favor of vaccinating females against the virus. It is not surprising that researchers who discover risk factors for a certain disease become eager to publicize that information, and eager to promote ways to reduce harm. Human papillomavirus is one famous case in point, but there are many others, including the discovery that smoking tobacco greatly increases the risk of lung cancer, that sharing needles may spread AIDS, that heavy alcohol consumption by pregnant mothers causes cognitive and motor impairments in babies. In all these examples, researchers worked not only as scientists bringing the data to public notice, but as concerned citizens wishing to improve people’s lives. Scientists do this because, like other humans, they care. Needless to say, being a scientist does not automatically give you the moral high ground. Humility, as Confucius (551– 479 BCE) pointed out, is the foundation of all virtues. Often, but not always, laying out the facts will suffice to get agreement among the interested parties. Sometimes, however, the facts are complicated and do not just “speak for themselves.” So a question can arise concerning whether to trust the information on the table. Sometimes, because not enough is yet known, great uncertainty remains, even when the available facts are in.  There can be agreement on the facts concerning clear- cutting an old- growth forest, but disagreement on the moral value of conserving that forest versus logging a renewable resource. There can be agreement that a person is suffering terribly from a terminal disease, but disagreement about the value of doctor- assisted suicide.

In general, those who advertise themselves as having superior moral judgment or unique access to moral truth need to be looked at askance. Not infrequently there is great advantage—in money, sex, power, and self- esteem—in setting oneself up as a moral authority. The rest of us can easily be exploited when we acquiesce in these authoritative claims. Scam artists aplenty proclaim themselves as moral gurus, willing to tell the rest of us how our conscience should behave. They can seem authoritative because they are especially charismatic or especially spiritual or especially firm in their convictions. We will look into this issue in greater detail. But the point belongs again to Confucius: humility is the solid foundation for all the virtues. Hence our suspicions are rightly aroused by moral foot stampers and moral blowhards.

Between them, neuroscience and psychology have begun to explore how brains acquire values, including moral values, and how moral values guide decisions. If we think of conscience as involving the internalization of community standards, then one question concerns the processes that explain such internalization. Another question concerns how it happens that a community standard can change, or how an individual can come to regard a certain accepted social practice, such as binding women’s feet to keep them small, as immoral. The general outlines of the story, if not all the details, are now visible. It is not a simple story. So far, however, it is a coherent, biologically plausible story that can be told in a relatively simple way. It is a story that will change how we think about morality and ourselves as moral agents.