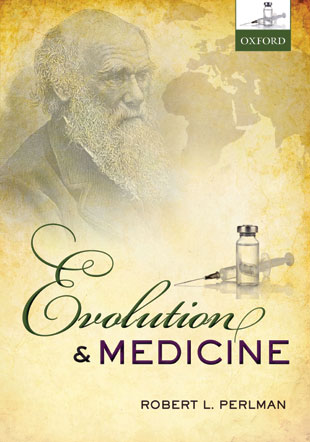 OXFORD UNIVERSITY PRESS, JULY 2013Socioeconomic disparities in health are among the most troublesome and refractory problems in medicine. Simply put, poor, disadvantaged, or marginalized people have poorer health and shorter life expectancies than do rich or more privileged people. The cause of these health disparities is hotly debated. People who have poor health may be unable to work, or unable to work at higher skilled or higher paying jobs, and so poor health may sometimes lead to poverty, but this factor must account for only a small fraction of the association between poverty and health. In countries such as the United States, disparities in access to health care may contribute to health disparities but this too must be only a small part of the problem, because health disparities exist in countries such as the United Kingdom, which has a national health service and in which there is less...

Some of the most comprehensive and best-documented studies of health disparities have been carried out in the United Kingdom. The U.K. Office for National Statistics classifies occupations into seven socioeconomic classes, ranging from “1. Higher professional and higher managerial” (senior government officials, physicians, scientists, etc.) to “7. Routine” (occupations such as bus drivers and domestic workers), and analyzes health disparities in terms of this occupation-based scale. An ongoing longitudinal study of the U.K. population has documented a socioeconomic gradient in life expectancy. In the period from 1982–86, men in class 1 had a life expectancy of 75.6 years while men in class 7 had a life expectancy of 70.7 years. In the period from 2002–06, life expectancy of these groups increased to 80.4 and 74.6 years, respectively. Despite the dramatic increase in life expectancies during this time, the gap in life expectancy increased from 4.9 to 5.8 years. Similar data hold for women, except that women have higher life expectancies than men and the socioeconomic gap is a little smaller for women (3.8 years in 1982–86, 4.2 years in 2002–06).

Studies of health disparities in the United States and in many other countries complement those in the United Kingdom. Together, these studies provide compelling support for the hypothesis that poor, disadvantaged, low status people age more rapidly than do rich, advantaged, higher status people and that there is a socioeconomic gradient in the rates of aging.

Recall that we have evolved mechanisms that alter our life history trajectories in response to our assessment of the security or insecurity of our environment and of our anticipated mortality rate. Signals which suggest that our environment is dangerous and that our lives may be “solitary, poor, nasty, brutish, and short” lead to the diversion of resources away from bodily maintenance into early reproduction and to coping with and surviving acute stresses. Hobbes’s description of the human condition may not apply to foraging populations, as he suggested, but it does fit the lives of poor and disadvantaged people in modern societies. Earlier, we discussed the developmental conditions that increase the risk of adult disease and early mortality. These conditions, which include poor nutrition and psychosocial stresses such as social isolation, lack of material resources, and fear of violence, as well as prematurity or low birthweight and exposure to toxins, are more prevalent in lower than in higher socioeconomic classes. Although socioeconomic gradients in rates of aging are distressing, they should not be surprising.

The physiological mechanisms that underlie our responses to environmental signals are still being investigated but they appear to involve neuroendocrine regulatory pathways, including the hypothalamic-pituitary-adrenal axis and the autonomic nervous system. Hormones such as cortisol and catecholamines suppress the immune system and reduce tissue repair. These hormones enhance our responses to stress at the cost of reducing somatic maintenance. Socioeconomic gradients in the levels of these hormones or in the reactivity of these neuroendocrine systems may contribute to gradients in life history trajectories.

Socioeconomic gradients in health behaviors are important proximate causes of health disparities. People of lower socioeconomic status are more likely to smoke and to engage in other risky behaviors, and less likely to take advantage of preventive health services, than are people in higher socioeconomic groups. We appear to have evolved psychological biases as well as physiological mechanisms that lead us to discount bodily maintenance and future health when we assess our environment as dangerous or stressful. Improved education or increased availability of preventive health services by themselves are not likely to alleviate the root causes of health disparities, which are disparities in wealth, status, and power, and the ways we have evolved to respond both physiologically and psychologically to the place we find ourselves in hierarchical, socioeconomically stratified societies.