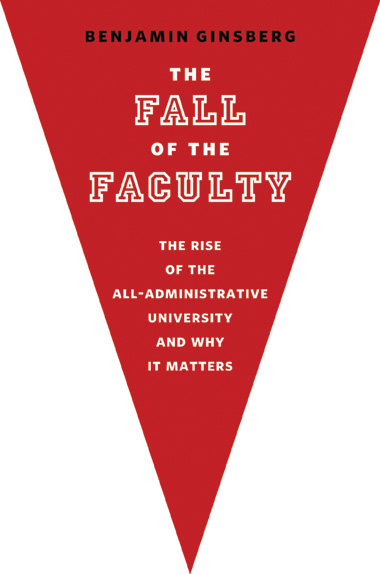 The ongoing transfer of power from professors to administrators has important implications for the curricula and research agendas of America’s colleges and universities. On the surface, faculty members and administrators seem to share a general understanding of the university and its place in American society. If asked to characterize the “mission” of the university, members of both groups will usually agree with the broad idea that the university is an institution that produces and disseminates knowledge through its teaching, research, public outreach, and other programs.

This surface similarity of professorial and administrative perspectives, however, is deceptive. To members of the faculty, the university exists mainly to promote their own research and teaching endeavors. While professors may be quite fond of their schools, for most, scholarship is the purpose of academic life, and the university primarily serves as a useful instrument to promote that purpose. Many...

For administrators, on the other hand, it is the faculty’s research and teaching enterprise that is the means and not the end. Some administrators, to be sure, mainly those who plan to return to scholarship and teaching, may put academic matters first. Most administrators, though, tend to manifest a perspective similar to that affected by business managers or owners. They view the university as the equivalent of a firm manufacturing goods and providing services whose main products happen to be various forms of knowledge rather than automobiles, computers, or widgets. This perspective was famously articulated by the late president of the University of California, Clark Kerr, when he characterized higher education as the “knowledge industry,” and suggested that universities should focus on producing forms of knowledge likely to be useful in the marketplace. To the managers of a firm in the knowledge industry, or “knowledge factory,” in Stanley Aronowitz’s phrase, the manufacture of one or another product or service is not an end in and of itself but is, instead, evaluated on the basis of its contribution to the overall financial well-being of the enterprise.

From an administrative perspective, generally speaking, forms of knowledge that cannot profitably be sold to customers—be they students, corporations, the government, or private donors—should be scrapped in favor of investments in more financially promising areas of inquiry. Kerr advocated shifting resources away from the humanities to forms of applied scientific research that would be of interest to federal agencies and private firms in the then-rapidly-expanding high technology sector. Many schools today chase biotechnology dollars and seek contracts with pharmaceutical companies. Indeed, today’s captains of erudition sometimes even find it expedient to move at least some of their investment funds away from the academic realm, altogether, toward potentially more lucrative uses of capital such as real estate, athletic facilities, luxurious dormitories, equities, expansion of the campus shopping mall, and even the construction of parking ramps. After all, if the university is simply another purveyor of goods and services why stop at intellectual products. And, of course, many schools have invested heavily in lovely dormitories, dining facilities, and garages while closing language and philosophy departments for budgetary reasons. It is a wonder that college administrators do not simply sell degrees without requiring the students to attend school. Think of the efficiencies. The university or college would save the cost of classrooms, laboratories, and professors. These savings could be turned into administrative salaries. Come to think of it, some of the new online proprietary universities approach this model, while administrators at traditional schools must be content with selling places to wealthy, albeit poorly prepared customers.

Given a choice, some administrators actually prefer to invest in auditoriums and shopping malls rather than work to improve the quality of their university’s academic endeavors. Construction projects can be very visible symbols of administrative achievement and can be completed within a relatively short time frame, allowing immediate credit-claiming at board meetings and job interviews. Investments in academic departments and programs, on the other hand, can take years to produce results—so many years that any resulting credit is likely to be claimed by some future group of managers.

The unfortunate fact of the matter is that with the exception of a dwindling group of faculty part-timers and a stalwart band of old hands who do much of the real managerial work of the university, today’s senior administrators have no more institutional constancy or loyalty than the mercenary managers of other enterprises. They flit from school to school as they battle to climb the managerial ladder and, accordingly, have short time horizons at any given institution. Knowing that their ability to move onward and upward will, in the short term, not be much affected by the work done in their current schools’ libraries, classrooms, or even its laboratories, many administrators do little more than give lip service to the long-term investments usually needed to have a real impact on the quality of these academic undertakings. In view of their fanatical devotion to the strategic planning process, it seems ironic that administrators have little actual incentive to think in the long term. This is another reason why so many strategic plans, as we observed in chapter 2, are left to gather dust in file cabinets soon after the fanfare surrounding their introduction has subsided.