The oldest Western traditions of naming and classifying animals arose from the Judaeo-Christian tradition, and zoological organization certainly has a prominent place in the Scriptures. Adam was created on the same day as the beasts of the Earth—a surprising nod to the modern concept of “man as an animal”—and one of the very first tasks assigned to him was to name those beasts. Indeed, it is notable that God only decided to create Eve because his non-human creations were not up to the task of accompanying and helping Adam. 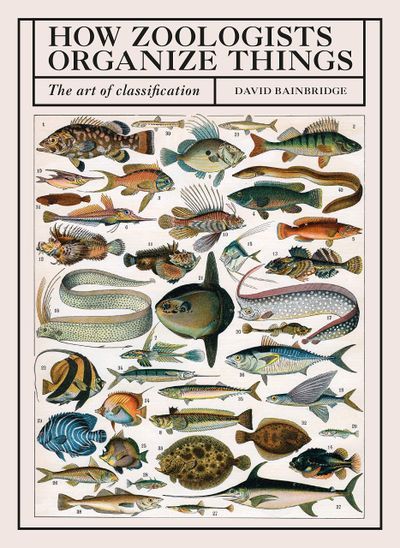 This biblical trope of animal classification continues later in, and is perhaps partly explained by, detailed proscriptions against eating certain animals. Leviticus, Chapter XI contains what we would now call “decision trees” relating to the eating of animals with cloven hooves, that chew the cud, or that have fins and scales. It is possible that these rules derived from earlier trial-and-error experiments with different foodstuffs, which led, presumably, to some disastrous microbiological or parasitic consequences, and these rules survive in modern Jewish customs. The reader cannot help feeling that many of these arcane injunctions must have had a practical life-or-death rationale, and indeed practical considerations have often driven our need to classify animals. After all we, by definition, are the descendants of people who knew which beasts were ferocious or toxic.

The other ancestral strand of Western zoological classification is the ancient Greeks, whose writings seem to spring from an enlightened inquisitiveness rather than a crude need to survive. Indeed, at first sight, their approach appears surprisingly modern. Much of early Greek animal biology is summarized in Aristotle’s fourth-century BC Natural Philosophy, although it can sometimes be difficult to distinguish Aristotle’s own discoveries from those of his often-uncredited sources.

Aristotle lived and wrote on Lesbos, one of the largest islands in the Aegean Sea, and his descriptions of the island’s fauna, especially those that inhabited its warm, shallow lagoons, form the basis of much of the Natural Philosophy. Aristotle continually emphasized that his writings were based on observation of nature itself and not a repetition of the errors of his predecessors, and to some extent this is true. For each ζ?ον (“zoön” means “animal,” hence “zoology”) he encountered, he analyzed particular traits he thought could be used to determine its affinities with other creatures. He realized that some features are common to all animals, and also that color, shape and size are unreliable classificatory criteria. As a result, he recommended organizing animals according to the following categories: their food, habitat and behavior, how they breathe, whether they metamorphose, whether they are social or solitary, nocturnal or diurnal, tame or wild, offensive or defensive, whether they lay eggs or bear live young, whether they are anchored to the seabed or swim, walk, wriggle or fly free.

Yet Aristotle’s thinking was not quite as modern as sometimes credited. Although he produced the first known “scientific” classification of animals, he was still bound by the wider metaphysical structure into which he wished to fit the world. He was an early proponent of the scala naturae, the ascending “ladder of nature” by which all things are ranked in a carefully gradated ladder of ascent from base matter, through plants, animals and humans to the divine. This strict hierarchical classification, although at odds with the sprawling animal diversity Aristotle himself described, was to form the basis of many later zoological classifications, and indeed philosophy in general until the nineteenth century. It placed man reassuringly above the beasts, and set him (for it was usually assumed to be a “him”) on a journey along a scale of progress towards perfection, away from the formless and base towards the divine. However, Aristotle himself provided evidence that the scala was an imperfect concept—he often seems to consider humans to be “just another animal,” for example—yet it proved to be one of his most tenacious ideas.

Written by an unknown hand, probably in the second century AD, in Alexandria, the Physiologus is the next waypoint on the journey to modern animal classification. In many ways, it set the tone for over a thousand years. It is infused with the philosophy of the new Christian religion, and the forty animals it describes are presented less according to their zoological attributes, and more for what they can tell us as religious symbols. Each creature acquires a role in the Christian story, drawing on the earlier Greek traditions of animal parables, to illustrate particular theological principles. In the Physiologus, animals serve merely as illustrative elements of the word of God—zoology had become subservient to theology, and for centuries the scientific coherence of the former discipline was to suffer as a result.

A strange detour in these zoological traditions came in the early seventh century with the Etymologiae of Isidore of Seville. Isidore’s book was an enormous undertaking, ostensibly an early attempt to create an encyclopedia of all contemporary knowledge. Yet it was skewed by the author’s opinions about which ancient ideas were deemed deserving of perpetuation. Also, as the book’s name suggests, Isidore believed that discovering the origin of particular words was the key to understanding the ideas they denote. So, for example, he saw the concept of being “elephantine” as directly philosophically equivalent to the very nature of the large grey pachyderm—whereas the modern reader would simply assume that concepts can be used to name animals (a sloth, for example), and animals can give their names to concepts (as in a “dogfight”). Indeed, in the long story of animal classification, the Etymlogiae is perhaps the instance when the human urge to organize animals most outstripped our actual understanding of those animals. However, the tome was endlessly reproduced throughout medieval Europe and the Islamic world, and became immensely influential.

These, then, were the forerunners of animal classification in the Late Middle Ages. Aristotle’s metaphysics, Isidore’s obsession with names, and Christianity’s inward-looking self-justification led directly to the first and one of the most artistically spectacular bodies of zoological organization: the bestiary.

Medieval bestiaries flourished, especially in France, England and Scotland in the twelfth and thirteenth centuries, and while their level of artistic achievement varies, they were surprisingly consistent in their structure and focus. Indeed, so much did their compilers draw on previous and contemporary works for their inspiration, that the evolution of medieval bestiaries can itself be arranged into an evolutionary genealogy, with works fitting neatly into “family” lineages of relatedness and descent. The mainly north African animals of the Physiologus were supplemented with north European creatures, as well as mythical beasts, to yield a rich menagerie from which theological lessons could be extracted. Spectacular illustrations presumably made these parables accessible to the illiterate masses, and it is not known whether their audience worried about which of the animals depicted actually existed. In bestiaries animals have a meaning beyond their actual physical nature, so their existence or otherwise is less important than what they can tell us about God. Some symbolism was straightforward—a fox traps birds as the devil ensnares sinners; a panther mauls a dragon as Jesus attacks Satan. However, some animals, especially those with which medieval readers were more familiar, could be complex characters—a goat might be a sinner swallowed by hell in one context, and then the all-seeing sage Christ in another.

Another visual format that became popular in the Middle Ages was the mappa mundi, in which stylized geographies of the entire world (i.e. God’s creation) were summarized in giant cartographic images. In most, the three known continents, Asia, Africa and Europe, are arranged around a centrally placed Jerusalem, a reassurance of God’s place at the centre of the world. Around their periphery, however, lie strange lands, inhabited by exotic and horrific creatures—often distortions of real animals formulated to scare the faithful, or even devilish animal/human chimaeric hybrids. Some of the most dramatic examples of this zoological otherness appear towards the edges of the Hereford mappa mundi (see page 26) where dog-headed people or cynocephali, perhaps based on accounts of real-life baboons, can be seen frolicking.

During the Renaissance, thinking began to change. The religious certainty of medieval cataloguing started to give way to more objective attempts at classification. The sixteenth century saw the publication of works such as the Swiss philosopher Conrad Gessner’s meticulous Historiae Animalium. Fifty years later came Ulisse Aldrovandi, with his vast collection of zoological curiosities in Bologna, and his De Piscibus and Ornithologiae among many other books. The sheer variety of animal life was rendering old ideas of a neat scala naturae untenable.

The “steppiness” of the scala’s ladder of creation was starting to look less clear-cut. Indeed, its neat linear progression from base matter to godhead now seemed an oversimplification. One day this stepwise ascent of animal creation would be transformed into a branching tree, and other more alien forms never conceived by the medieval artist.