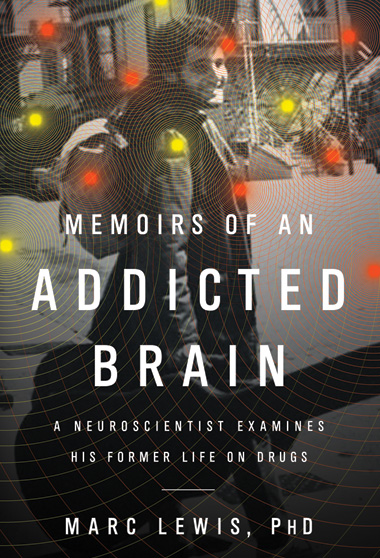 I lie on my bed in the waning afternoon and I try to find a way out of this. Just a few more days, I tell myself, but I hardly care now…And as far as tonight, it’s taken care of: I can already taste it. I get up and pace, and I start to get excited. Dopamine release is narrowed by addiction, specialized, stilted, inaccessible through the ordinary pleasures and pursuits of life, but gushing suddenly when anything associated with the drug comes into awareness. Just a flicker, an image, a word echoing in memory, a rumbling in the gut, that first lurch of withdrawal symptoms, or the scent of hoisin sauce from a Chinese restaurant, eerily similar to the smell of opium bubbling. Yes, dopamine takes over, again this night, when my thoughts turn to the preordained drama about to ensue, beginning with the...

…I walk out onto the street and sweat starts at once to trickle down my cheeks. Dopamine surges: I have to get there. Dopamine gushes along overextended axons, fattened gutters of chemical enhancement, diverging from the VTA to its three main targets: the ventral striatum, where behaviour is charged, focused, and released; the orbitofrontal cortex (OFC), where it infuses cells devoted to the value of this drug; and the amygdala, whose synapses provide a meeting place for the two most important components of associative memory, imagery and emotion. Thanks to the neural reconstruction brought on by addiction, the power of dopamine, the power to convert sensation and memory to value and thrust, is now joined by glutamate, released from the OFC, a messenger of meaning. Those orbitofrontal neurons know how good that opium is going to feel.

...The craving is a low-level nuclear pile of physiological arousal, built around a single goal whose acquisition is always just out in front of me. This craving reaches out now to my premotor cortex, the cortical master contractor that moves my legs, my mouth, my hands, now dipping into my pockets to flash a roll of rupees to my rickshaw guy. Get me there. My ventral striatum rises up like Ahab’s whale, suspended between those two colliding waves: urgency and evaluation, motive and meaning. This whale of mine thrashes with its lunatic single-mindedness. I want it. Now.

…I walk through the tiny foyer, into a room dense with shadows. A wide shelf—another floor really—juts halfway across the room, covered in some sort of bamboo matting...I step up, nod to the woman, try to smile, and lie down a metre away from her. Our bodies are parallel, facing each other, as though we’re about to engage in some form of sex. She gestures to me: come closer. I lie on my side and place my head on a wooden support, a sort of pillow, less than an arm’s length from a glass cylinder shaped like a large pear. A flame burns steadily at its centre, its tip ending just below a circular hole. The flame is unwavering.

The woman works with a bead of purified opium on a long pin…Her eyes gleam with indefinable light. She pokes the opium into a hole, obviously shaped to receive it, in the centre of a circular brass chamber attached to a long wooden pipe, a metre in length, a pipe that looks as old as she is. She looks up at me and catches the nakedness of my anticipation. My need, my eagerness, now beginning to elongate, to extrude into a mood of imminent fulfillment. And there is nothing I can do to hide it. The smile that cracks her dry old lips mixes bits of madness and kindness in a blend both shocking and beautiful. I belong to her at this moment: her poison has already infected me, frozen my limbs, paralyzed my heart. I think she may be insane. That smile, complicit and completely unabashed. Or am I the crazy person, dancing this dance with her?

I’m intimately familiar with the steps by now. With both hands she rotates the pipe so the hole is on the bottom, then she positions it above the flame and points the long end at me…The invisible tip of the flame licks the opium inside the bronze bowl, and in moments it starts to bubble. Then she draws in her breath, a signal for me to do the same. And I do. Harsh smoke tears at the back of my throat, but its flavour is as comforting as anything I know. Dark, rich, and slightly bitter. A cough gathers and almost explodes from my chest, and then it subsides before ever breaking out. Opiates are the key ingredient of strong cough medicines. And this opium quells the cough it has almost unleashed, reducing it to nothing, snuffing out the life force gathered by my body in an effort to expel the poison. My body has surrendered before taking the full measure of this invader. And somehow this trickery, this giving and taking away, this mixture of attack and nurturance, hurt and relief, captures the soul of this drug. The potency of its assault is without equal, but so is its capacity to soothe.

Reprinted from Memoirs of an Addicted Brain: A Neuroscientist Examines His Former Life on Drugs, by Marc Lewis. Copyright © 2011 by Marc Lewis. Reproduced by permission of PublicAffairs, New York, NY.