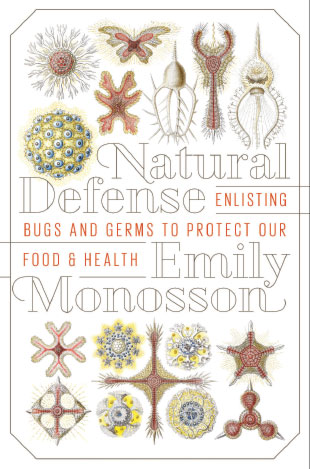 ISLAND PRESS, JUNE 2017For all the fear and harm we associate with viruses, many (if not most) are phages, infecting bacteria, like those in our microbiome. Genomics is just beginning to reveal the diversity and representations of these entities in nature and within our bodies. But the role that phages can serve as potent antimicrobials is no mystery. As infectious agents of bacteria, they are a normal and pervasive component of Earth’s flora, and they have already saved many lives. One day they just might save us or our loved ones. That was the case for Gary Schoolnik, Stanford Professor of Infectious Disease, who tells the story of his mother, dying from typhoid fever in 1948.  His father, a surgeon, had read about some doctors using bacteriophage to cure typhoid. Desperate for a cure, Schoolnik’s father contacted the group, acquired the phage, and injected his wife. Within two days her fever...

But this was a time when antibiotics were becoming the symbol of modern medical success. Typhoid was one of the last holdouts against antibiotics. When an effective one was finally discovered, no one wanted to continue using phages. Plus, the therapy suffered from conflicting reports about efficacy, poorly controlled clinical studies, and a lack of quality control by companies producing phage. The science of healing with viruses, writes Anna Kuchment, in her aptly titled book The Forgotten Cure, “had been all but forgotten in the west.” Now, western scientists and physicians are trying to bring the therapy back to the American pharmacopeia; but doing so means navigating what has—for good reason—become a rigorous and expensive drug approval process under the FDA.  But it is also relatively rigid, so that even if phages were to pass efficacy and safety trials with flying colors, roadblocks to approval would remain.

The drug testing gauntlet set up by our FDA was designed to test chemicals, with dosages based on chemical concentrations, taking into consideration absorption, distribution, excretion, and safety of specific molecular structures. FDA approval is thus also based on well-defined doses and known chemical make-up. Phages don’t work that way. They may be administered in huge numbers and in combination cocktails depending on the infection and they may replicate within their host. This explains, in part, why phages are not an option for treatment of human disease here in the states. And why, rather than more stories like Mrs. Schoolnik’s, we have recent tales of desperate patients like Laura Roberts, a Texas mother whose chronic infection (eventually diagnosed as MRSA) nearly killed her. Roberts, who has shared her story in books, magazines and on CNN, traveled to the George Eliava Institute of Bacteriophage, Microbiology, and Virology in Tbilisi, Georgia—a world renowned center for developing the therapy—after being told it was time to get her affairs in order. As she tells it, she made the trip using a walker and with her brother for support, her body frail and under attack. After three weeks of treatment, including phages specific for her MRSA strains, Roberts left for home – sans walker.  While the combination of treatments Roberts received makes it difficult to give the phage mixture all the credit, it likely played a significant part in curing her.

Doctors at the Eliava were able to diagnose and treat Roberts’s infection with a customized phage mixture, but this kind of customization doesn’t yet fit into the FDA framework. “This is an ultimate view of precision medicine,” says Kincaid, “but from product point of view and regulatory point of view, that is a much different way of looking at the world.”  This wouldn’t be the first odd-duck that the FDA must regulate. Because influenza viruses are notorious for evolving, each year we are offered a new flu vaccine. The active ingredients are viruses (either inactivated, live, or bits of virus). New combinations are prepared depending on the prevailing and predicted flu strains. For decades, the FDA has worked with vaccine producers to ensure effective, safe vaccines. What this model might be for a product like phage is anyone’s guess, but it may require some modification of the cocktail over time, to “adapt” to bacterial resistance. There are some phage therapy products making their way through the testing and clinical trial phase here in the U.S. If successful, they will be knocking on FDA’s door.

Excerpted from Natural Defense: Enlisting Bugs and Germs to Protect Our Food and Health, by Emily Monosson.  Reprinted by arrangement with Island Press. Copyright © Emily Monosson, 2017.