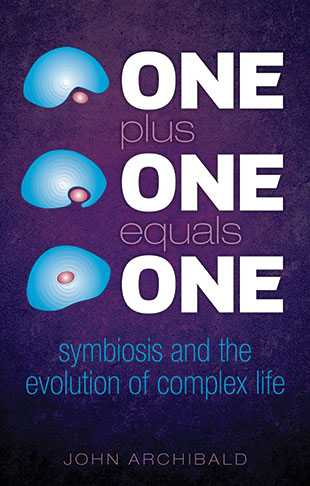 OXFORD UNIVERSITY PRESS, JULY 2014Viewed from outer space, our planet is a sea of blue and green. Dark blue oceans cover two-thirds of its surface; the rest is green—a bit of desert brown, some icy white at the poles, but mostly rich, luscious, magical green. It wasn’t always like this. Time and time again, from fiery beginnings up through the eras and epochs, our emerald planet has reinvented itself. A billion years ago, had we been here to see it, the Earth would have had a very different feel. Not only would the landmasses have been unrecognizable, they would have been various shades of brown and grey. And had we been around 700 million years ago, there would have been little more to see than solid sheets of ice and an equatorial ring of surface water—‘snowball Earth’ scientists call it. Geologically speaking, the greening of our planet took...

But what a revolution it was! Mosses, ferns, and shrubs, grasses and cacti, flowering plants galore, hardwoods and softwoods, on and on. These organisms dominate the world we see. And what strange creatures too, these silent, slow-growing, sun-worshiping giants affixed to the surface of the Earth. They absorb nutrients from the soil and sow their seeds any way they can, on the wind, hidden within tasty fruit, or on the bodies of bees and moths. For all their abundance and diversity, the land plants are, genetically speaking, but tiny twigs on the evolutionary tree of eukaryotes. Using DNA sequence analysis their history can be traced back to a common ancestor they share with much smaller, simpler aquatic creatures, unicellular green algae. The green algae are themselves the product of a revolution, much less obvious but much more fundamental—the evolution of eukaryotic photosynthesis. At its root, the green revolution is a story about microorganisms and endosymbiosis. From remarkably humble beginnings stemmed the forest of green that now surrounds us.

In this chapter we will trace the threads of photosynthesis in modern-day plants and algae backwards and forwards in time through the rich tapestry of eukaryotic life. As is the case for mitochondria, the light-gathering organelles of photosynthetic eukaryotes—chloroplasts, also known as plastids—appear to have evolved from prokaryotic endosymbionts on a single occasion. The evidence suggests that the host organism was a fully fledged eukaryotic cell into which the cyanobacterial progenitor of the chloroplast was assimilated. As we shall see, the impact of this endosymbiotic event on the biochemistry and cell biology of the primordial alga was profound. Yet the story of eukaryotic photosynthesis does not end there. Indeed, in some ways it is at this point that the story begins. Chloroplasts have passed repeatedly from one eukaryotic lineage to another by a process called ‘secondary’ endosymbiosis, giving rise to some of the most genetically and cell biologically complex organisms known to science—cells inside cells inside other cells whose evolutionary histories are written in their DNA. They are also some of the most ecologically significant organisms on the planet; most of the photosynthesis taking place in the oceans is performed by algae that have ‘stolen’ their chloroplasts from other eukaryotes. History has shown that chloroplasts have long been in high demand—who wouldn’t want to be able to tap into an endless supply of solar energy?

In Chapter 6 we touched on the transformative role cyanobacteria have played in shaping the biogeochemistry of Earth. They are the organisms whose ancestors were responsible for the great oxidation event. Consequently, no discussion of eukaryotic photosynthesis would be complete without considering their biology and evolution.

Let’s start by giving cyanobacteria the attention they deserve.

Excerpted from One Plus One Equals One: Symbiosis and the evolution of complex life, by John Archibald. Reprinted by arrangement with Oxford University Press. Copyright © John Archibald, 2014.