Decades spent cracking rocks have changed the way I see living things. If you know how to look, scientific research becomes a global treasure hunt for fossils of fish with arms, snakes with legs, and apes that can walk on two legs, all ancient creatures that tell about important moments in the history of life. In Your Inner Fish, I described how planning and luck led my colleagues and me to find Tiktaalik roseae in the High Arctic of Canada: a fish with a neck, elbows, and wrists. This creature bridged the gap between life in water and life on land, to reveal the important moment when our distant ancestors were fish. For almost two centuries, discoveries like these have told us how evolution happens, how bodies are built, and how they came into being. But paleontology has arrived at an important moment of change, one that coincided with the start of my career over three decades ago. 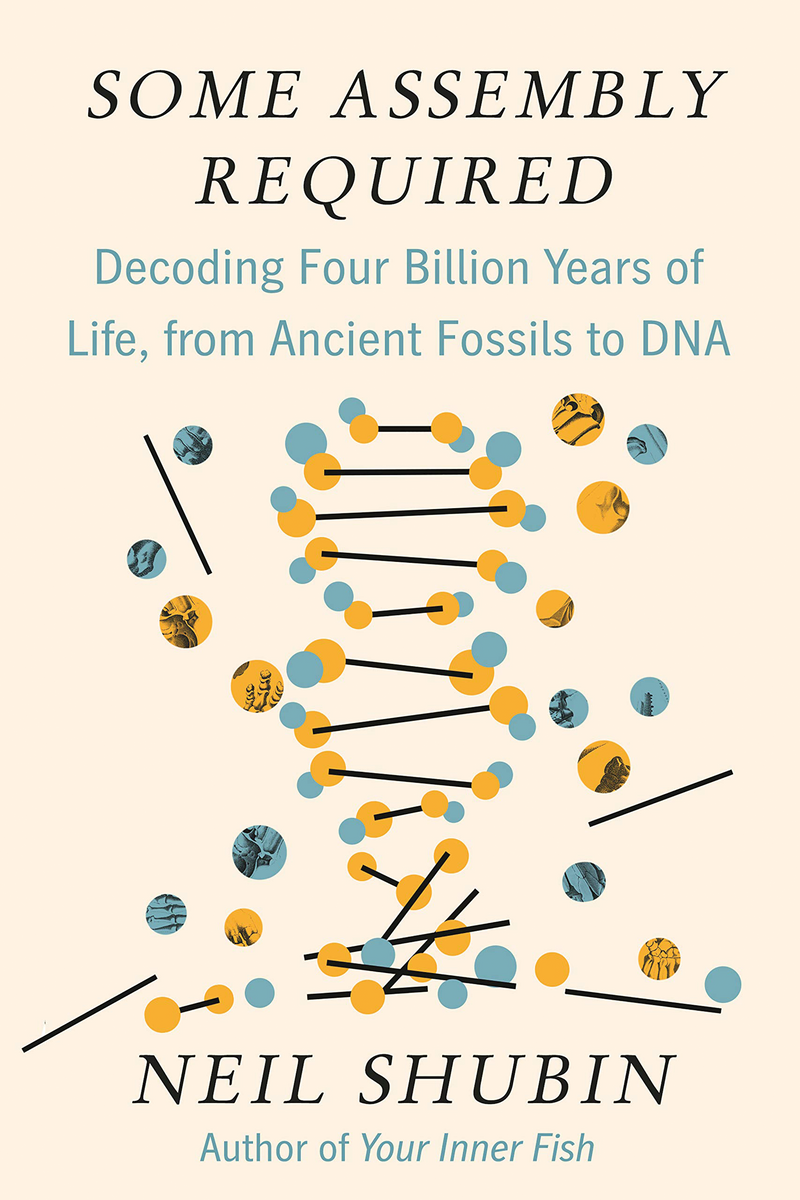 Growing up on National Geographic magazine and television documentaries, I knew from a relatively early age that I wanted join expeditions to discover fossils. This interest led me to graduate school at Harvard University where I ended up leading my first fossil-hunting trips in the mid-1980s. Lacking the ability to launch excursions to exotic locales, I looked along roadsides south of Cambridge, Massachusetts. Returning from the field after one of these trips I found a pile of journal articles atop my desk. This stack of papers was my introduction to how the world of paleontology was about to change dramatically.

A fellow graduate student found articles in the library that described how a number of laboratories had discovered DNA that helps build animal bodies, revealing how genes work to make the heads, wings, and antennae of flies. That fact alone was incredible, but there was more: versions of the same genes were making the bodies of fish, mice, and people. The pictures in these papers held glimmers of a new science, one that could explain how animals are assembled in the embryo and how they evolved over millions of years.

Experiments with DNA promised to answer questions that were formerly the sole purview of fossil hunters. Moreover, an understanding of DNA could get to the genetic mechanism that drove the changes I was seeking to explain among ancient rocks.

Like fossil species in our past, I was going to have to evolve or go extinct. If extinction for a scientist is irrelevance, then a deep dive into genetics, developmental biology, and the world of DNA would keep me part of the intellectual action. Ever since those first journal articles, I have run a kind of split-brain laboratory, spending summers in the field looking for fossils, and working the rest of the year with embryos and DNA. Both approaches can be deployed in the service of answering a single question: How do large changes in the history of life come about?

For the past two decades, technological advances have arrived at a dizzying pace. Genome sequencers are now so powerful that they could do the work performed by the Human Genome Project, which took over a decade and cost billions of dollars, in an afternoon for under one thousand dollars. And sequencing is only one example: computing power and imaging technologies allow us to peer inside embryos and even see molecules at work in cells. DNA technology has become so powerful that animals as diverse as frogs and monkeys can now be readily cloned, mice can be engineered with the genes of humans or flies inside, and the genetic code of vastly different species can be probed. The DNA of almost any animal can now be edited, giving us the power to remove and rewrite the genetic code that builds bodies of almost every species of animal and plant. We can ask, at the level of DNA, what combination of genes makes a frog different from a trout, a chimpanzee, or a human?

This revolution has brought us to a remarkable moment. Rocks and fossils, when coupled with DNA technology, have the power to probe some of the classic questions that Darwin and his contemporaries struggled with. New experiments reveal a multibillion-year history filled with cooperation, repurposing, competition, theft, and war. And that is just what happens inside DNA itself. With viruses continually infecting it, and its own parts at war with one another, the genome within each animal cell roils as it does its work in generation after generation. The outcome of this dynamism has been new organs and tissues, biological innovations that have changed the world.

Once life emerged, the entire planet was a microbial zoo for billions of years. About a billion years ago, single-celled microbes gave rise to creatures with bodies. A few hundred million years more saw the origin of everything from jellyfish to people. Since that time, creatures have evolved to swim, fly, and think as each invention presaged the next. Birds use wings and feathers to fly. Animals that live on land have lungs and limbs. The list goes on. From simple ancestors, animals have evolved to live at the bottom of the ocean, inhabit barren deserts, thrive on the tops of the highest mountains, and even walk on the moon

The great transformations in the history of life have brought about wholesale shifts in how animals live and how their bodies are organized. The evolution of fish to land-living creatures, the origin of birds, and the beginnings of bodies themselves from single-celled creatures—these are but a small number of great revolutions in the history of life. And the science that probes them is full of surprises. If you think feathers arose to help animals fly, or lungs and legs to help animals walk on land, you’d be in good company. You’d also be entirely wrong.

Advances in this science can help answer some of the basic questions of our existence: Is our presence on this planet the result of mere chance? Or were the pathways of history that brought us here inevitable?

The major transformations in the history of life, and our quest to understand them, have been a long, strange, and wondrous trip of trial and error, chance and inevitability, detours, revolution, and invention. That evolutionary path, and the way we have come to know it, is the story of this book.

Excerpted with permission from Some Assembly Required: Decoding Four Billion Years of Life, from Ancient Fossils to DNA by Neil Shubin (Pantheon, March 2020).