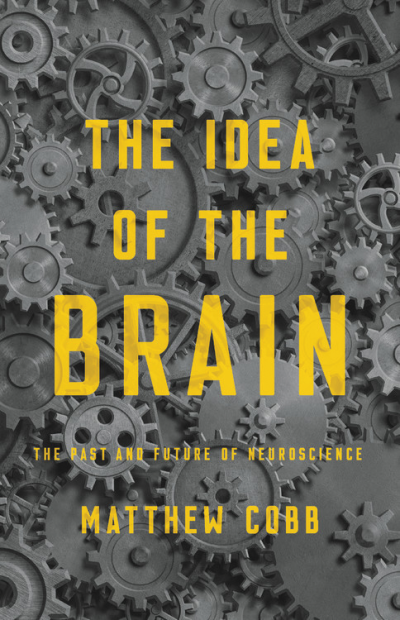 The nature of memory has intrigued thinkers for centuries. From the 1930s onwards, it became clear in the most dramatic way that memories were physically represented in the brain, they were formed by networks of cells. Scientists called this physical basis of memory the engram.

One of the first signs of the reality of the engram came from the work of the Montreal neurosurgeon Wilder Penfiel, who carried out hundreds of brain operations with the aim of relieving chronic, debilitating epilepsy. To identify which part of the brain to remove, Penfield gently stimulated his conscious patients with electric currents carried by delicate electrodes. This procedure revealed something rather eerie: sometimes the stimulation led the patient to relive very precise events.

These experiences were vivid and detailed, like a waking dream. Often the patients heard sounds—a piano being played, someone singing a well-known song, or a telephone conversation between two family members. In one case, when the electrode was left in place and the current flowed, the music continued in the patient’s head, and she sang along. In other examples a patient saw a man and a dog walking along a road near his home, another saw jumbles of lights and colours, while yet another relived the recent experience of his mother telling his young brother he had his coat on backwards.

Penfield called these “evoked recollections”—they were very different from ordinary memories, which do not involve replaying a second-by-second account of an event and are generally quite vague. Penfield eventually accepted that these vivid experiences were not simply due to the activation of cells involved in memory, but also introduced other elements that related to different aspects of brain function, producing the eerie dream-like quality.

Further confirmation of the significance of particular brain areas in memory formation came from studies of Henry Molaison, a young man who had his two hippocampuses removed in a botched operation in 1953. As a result, Henry could not form any new memories, suggesting that these structures play a key role.

What was a catastrophe for Henry became a godsend for science. Over the next half-century, Henry cheerfully participated in a unique long-term study of brain function—he of course had no memory of this and had to have everything explained to him anew each time he carried out the tests. A one-sided relationship grew up between Henry and the experimental team, because although they knew him well, he never knew that he had met them before.

These endless tests and discussions—always carried out with gusto by Henry, for whom it was a perpetually novel event—revealed that Henry’s inability to form memories was not absolute: he would sometimes refer to events or people who became famous after his 1953 operation (astronauts, the Beatles, President Kennedy), but these memories were fleeting and could not be reliably evoked. Basically, Henry was stuck in the present tense until his death in 2008.

In the 1970s, British researcher John O’Keefe revealed that as well as encoding memories, the hippocampus contains a map of the animal’s environment. This cognitive map, consisting of what are called place cells, also contains information about how to get from one location to another, enabling the animal to navigate the world and to predict what it will find in different places. In species with different ecologies these hippocampal maps have different forms—for example, while the maps are 2-D in rats, they are 3-D in bats—but they are always cognitive, not simply spatial.

Despite the key role played by the hippocampus and adjacent structures in creating or accessing memories, what we remember is not found in a single place. Memories are often multimodal, involving place, time, smell, light and so on, and they are distributed across the cortex through intricate neural networks.

Modern research can study these networks in exquisite detail, by controlling the activity of single neurons through optogenetics—using light to activate neurons. In Nobel Prize winner Susumu Tonegawa’s lab at MIT, false memories have been created in the rodent hippocampus, leading an animal to freeze in a particular part of the cage as though it had previously been shocked there, although it had never had any such experience.

The group has also turned an aversive memory into a positive one, leading the animal to be attracted to a location where it had previously been shocked. The meaning of the engram had been transformed. They have even activated positive engrams in the mouse, leading to a decline in behaviours that look like human depression. Other researchers have created a memory entirely from scratch by activating both the olfactory bulb and areas involved in reward and aversion; as a result the mouse remembered something about a smell it had never encountered.

All this precision might seduce us into thinking that only those particular units that were manipulated in each of these experiments are involved in memory formation—in reality, underlying these single cells there are large numbers of cells that contribute to the activity of the network and produce the behaviour.

All this work showing memories can be precisely created, altered and erased has been done on genetically manipulated mice. These techniques cannot be used for changing memory in humans, although psychologists are interested in seeing how insights into the process of memory formation might be transferred into clinical practice.

Nevertheless, the broader ethical implications of this research have not been lost on those involved: in 2014 one article was entitled ‘Inception of False Memory’, in a nod to the mind-boggling 2010 Christopher Nolan science fiction film Inception, in which the viewer is never quite sure what is real.

The research on the cellular basis of memory highlights what many psychological studies had previously demonstrated: memory is malleable. It is not simply a recording of ongoing events, it is con- structed, and it can be false. Above all, however, it has a material basis. We have found elements of the engram, and it is not like memory on a hard disk in a computer. Biological memory is rich, unreliable and highly interconnected, with access to it taking place via multiple routes, not through a single address.

The link between our ordinary sense of how we remember things and the complex and precise memories that could be evoked by Penfield is not clear. We do not appear to be perpetually recording our whole lives and yet those experiments reveal that highly specific and apparently inconsequential moments can be recalled, either by some external event, or by the pulse of an electrode.

The engram has given up a few of its most basic secrets, but we are still far from understanding what is happening when we remember. our brains might be like a computer in terms of how they sometimes process information, but the way we store and recall our memories is completely different. We are not machines—or rather, we are not like any machine we have yet built or can currently envisage.

Excerpted with permission from The Idea of the Brain: The Past and Future of Neuroscience by Matthew Cobb (Basic Books, April 2020).