We all need experts. Scientists will be happy to tell you that journalists, consumers, and policy makers don’t understand science and need expert advice. But they themselves struggle to see that they also need input from experts. We scientists need to learn how to increase the diversity of our field, consider the ethics of what we are doing, and reach out to nonscientists and explain our work. 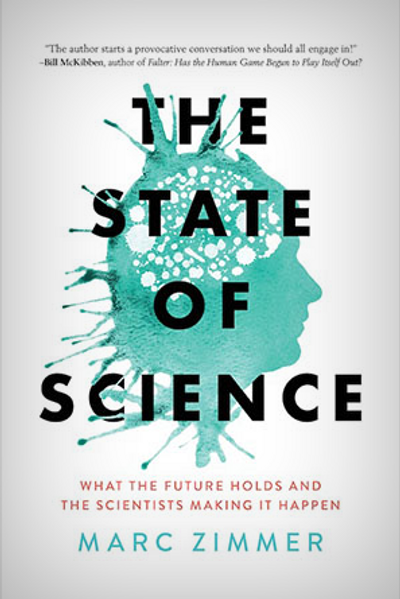 The knowledge gap between experts (be they scientists, medical doctors, or economists) and nonexperts is increasing, and perversely our reliance on these experts is decreasing. This is due in part to the fact that we often have a misguided overconfidence in our knowledge, something Leonid Rozenblit and Frank Keil, psychologists at Yale University, termed the illusion of explanatory depth. According to them, “most people feel they understand the world with far greater detail, coherence, and depth than they really do” and consequently have less use for experts than they should.

A little more than a century ago, Richard Burdon Haldane wrote a report for the British Parliament in which he, a career politician, advocated putting scientists in charge of deciding who should receive government research funding and that politicians should stay out of funding deliberations and when making science policy should listen to the advice of experts. His ideas would come to be known as the Haldane Principle, and it would take the upheaval of the Second World War for them to take root.

In World War II, scientific technologies such as radar and the atomic bomb were central to the Allies’ victory. Following the war, scientists advocated for a separation between science policy and politics, arguing that if science could win wars, it could also help to hold peace. They were successful, and many nations adopted the Haldane Principle. By 2015, U.S. federal agencies had about 1,000 advisory panels relying on the expertise of roughly 60,000 members. They advised government agencies on everything from foodborne illness, to drug safety, to air and water pollution. They were there to provide fact-based advice and evidence. After all, no one can reasonably expect our elected representatives to master every topic; they have to rely on the expertise of professionals.

However, recently that approach has changed. On June 14, 2019, President Trump signed an executive order to reduce all advisory boards by one-third, a telling move that will have long-term consequences. In a comment published in Nature in 2018, Ehsan Masood worries that an expanding global network of populist political movements is deriding independent scholarship and erasing the protections granted by the Haldane Principle. Masood calls out Trump and the UK Brexiteers and worries, “Today, from Istanbul to Islamabad, from Rome to Rio de Janeiro, a parade of authoritarian leaders is advancing policies that fly in the face of evidence—on energy, emissions, the environment, economics, immigration and more. Worse, these leaders are demanding that academics march to the beat of their drums.” Scientists are no longer advising politicians, and politics is driving science policy.

This is particularly true for the Trump administration, which in making its science policy has been much more interested in soliciting advice from industrialists than scientists. It has scant regard for the Haldane Principle. It has at best an apathetic stance toward science and at worst is actively hostile, particularly toward the environmental sciences. In the first year of the Trump administration, nearly two-thirds of the science advisory boards met less often than required by their charters, and they met less frequently than in any other administration. From the beginning, the administration has tried to reduce the staff and budget of the Environmental Protection Agency (EPA) and to undermine its use of science in policy making. As a consequence, there have been steep drops in enforcement of the Clean Air Act and Clean Water Act in nearly all regions of the United States. And environmental policies have been amended on advice from industrial advisers against the advice of the scientific community. There are so many instances of the Trump administration attempting to scale back or wholly eliminate federal climate mitigation and adaptation guidelines that I can’t catalog them all. The Columbia Law School’s Sabin Center for Climate Change Law maintains the Climate Deregulation Tracker.

In July 2019, Science reported that “FDA [Food and Drug Administration] enforcement actions plummet under Trump.” The FDA is one of the nation’s critical watchdogs. Its warning letters, its primary tool for keeping dangerous and ineffective pharmaceuticals off the market, have dropped by a third. The agency has been particularly lax in its oversight of medical devices, with the Center for Devices and Radiological Health sending out two- thirds fewer warnings. The danger in all these attacks on science is that it is nearly impossible to keep track of them. We are so bombarded with blatant misrepresentations of science and environmental deregulation that we are overwhelmed, and some pass us by.

Philip B. Duffy, president of the Woods Hole Research Center and a National Academy of Sciences panelist, who reviewed the government’s most recent climate assessment, told The New York Times, “What we have here is a pretty blatant attempt to politicize the science—to push the science in a direction that’s consistent with their politics.” He added, “It reminds me of the Soviet Union.” That is not what we want to hear from an impartial scientist. The Trump administration is certainly not the first administration to change the scientific policies of its predecessors, as is its right. However, it is the first to systematically chip away at large portions of science-related policies and legislation without consulting scientists, while at the same time undermining the scientific process to discredit climate scientists and public health researchers. It is difficult to accept that Trump, whose errors in science are so crude and blatant, can undermine science. How can someone who says that the noise windmills make causes cancer command more respect than the combined thinking of thousands of scientists? But in today’s politics, anything is possible, and people are happy to accept his inane utterances over the well-proven scientific method.

To me, nothing demonstrates the intention to influence the way we think about science more than the fact that employees of the Centers for Disease Control are now not allowed to use the words “evidence-based,” “science- based,” and “fetus,” and that staff at the United States Department of Agriculture have been told never to use the phrase “climate change”; instead they have to say “weather extremes” and replace “adaptation” with “resilience.” Soviet indeed. The devaluation of science by the Trump administration has had some unfortunate consequences. John Holdren, who was President Obama’s science adviser and may be slightly biased, has said, “Trump, along with his picks to lead major scientific agencies, act as talent repellents, because they appear to know little and care less about the value of insights from science and technology in shaping public policy.”

It is important to remember that Trump’s disregard of science and the environment plays well with a substantial fraction of the U.S. population and doesn’t reflect just the opinion of one person. A significant segment of the population resents science.

The most obvious future consequences of the undermining of the scientific process and the marginalization of science, particularly public health and environmental science, by the Trump administration are difficulties in dealing with climate change, the degradation of the U.S. environment, and a decline in the competitiveness of U.S. science and technology.

Excerpted with permission from The State of Science: What the Future Holds and the Scientists Making it Happen by Marc Zimmer (Prometheus, July 2020).