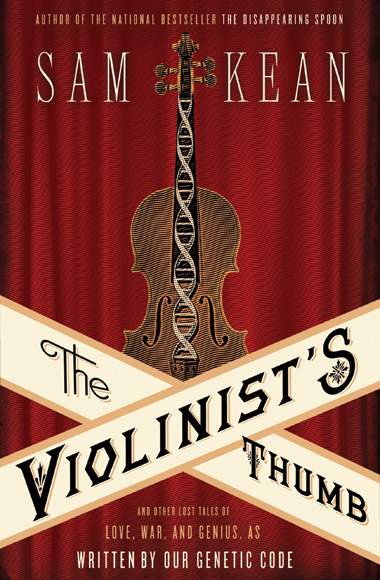 Chills and flames, frost and inferno, fire and ice. The two scientists who made the first great discoveries in genetics had a lot in common—not least the fact that both died obscure, mostly unmourned and happily forgotten by many. But whereas one’s legacy perished in fire, the other’s succumbed to ice.

The blaze came during the winter of 1884, at a monastery in what’s now the Czech Republic. A few friars spent one January day emptying out the office of their deceased abbot, Gregor Mendel, ruthlessly purging his files, consigning everything to a bonfire in the courtyard. Though a warm and capable man, Mendel had become something of an embarrassment to the monastery late in life, the cause for government inquiries, newspaper gossip, even a showdown with a local sheriff. (Mendel won.) The monks burnt his papers for the same reason you’d cauterize...

The chills came during that same winter of 1884—as they had for many winters before, and would for too few winters after. Friedrich Miescher, a middling professor in Switzerland, was studying salmon physiology, and among his other projects he was indulging a long-standing obsession with a substance—a cottony grey paste—he’d extracted from salmon sperm years before. To keep the sperm alive, Miescher had to throw the windows open and refrigerate his lab the old-fashioned way, exposing himself to the Swiss winter. Getting any work done required superhuman focus, and that was the one asset even people who thought little of Miescher would admit he had. (Earlier in his career, friends had to drag him from his lab bench one afternoon to attend his wedding; the ceremony had slipped his mind.) Despite being so driven, Miescher had pathetically little to show for it—his lifetime scientific output was meager. Still, he kept the windows open and kept shivering year after year, though he knew it was slowly killing him. And he still never got to the bottom of that milky grey substance, DNA.

DNA and genes, genes and DNA. Nowadays the words have become synonymous. The mind rushes to link them, like Gilbert and Sullivan, or Watson and Crick. So it seems fitting that Miescher and Mendel discovered DNA and genes almost simultaneously in the 1860s, two monastic men just four hundred miles apart in the German-speaking span of middle Europe. It seems more than fitting—it seems fated.

But to understand what DNA and genes really are, we have to decouple these two words. They’re not identical and never have been. DNA is a thing—a chemical that sticks to your fingers. Genes have a physical nature, too; they’re in fact made of DNA. But in some ways genes are better viewed as conceptual, not material. A gene is really information—more like a story, with DNA as the language it’s written in.

Still, despite the near-simultaneous discovery of each in the 1800s, no one connected DNA and genes for almost a century, and both discoverers died uncelebrated. How biologists finally yoked genes and DNA together is the first epic story in the science of inheritance.