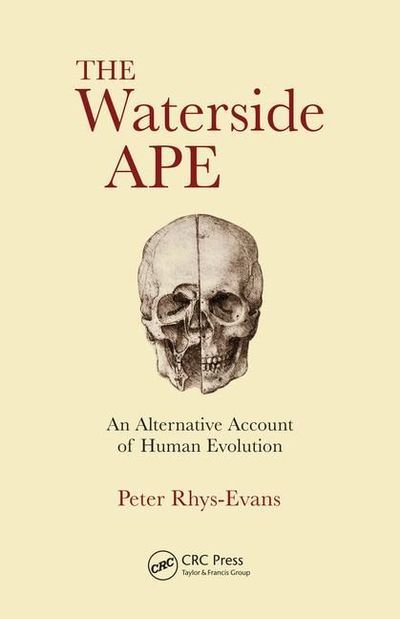 For well over a century, Ear, Nose and Throat surgeons have been aware of a curious condition that we see in our clinics, in which bony swellings appear to grow in the deep part of the external ear canal. We can see them quite easily when inspecting the ear, but no-one has been able to explain exactly what they are and why they occur. The most unusual aspect of these bony swellings lies in the fact that they are only associated with frequent swimming and regular water immersion of the external ear canal and, because they are seen frequently in surfers, they are now known colloquially as “Surfer’s Ear.” They are never seen in people who do not swim regularly.

Much has been written about the possible cause of these bony swellings, called exostoses, but several aspects still remain unclear. The fact that the condition is always bilateral is fairly predictable since both ears are immersed in water, but Why do they only grow in swimmers?; Why do they only grow in the deep part of the bony ear canal, just near the ear drum and not elsewhere in the body in other areas which are exposed to water?; Why do they always grow at 2 or 3 constant sites; and, from an evolutionary point of view; What is or was the purpose and function of these rather incongruous protrusions?

As we have seen in earlier chapters, in recent decades paleo-anthropological evidence has modified our ideas about early hominin evolution, inspired by Sir Alister Hardy's visionary article and Elaine Morgan's Aquatic Ape Theory. This suggests that there was a significant influence in early hominin evolution of an aquatic phase, which resulted in a number of unique features that were not seen in other primates, nor in any other terrestrial mammal. Looking at various aspects of comparative anatomy and physiology of the skull, ear, nose and throat area in man and other primates, there seemed to be several enigmatic anomalies, including these bony ear swellings, unique in man, that were not seen in other terrestrial animals. It was difficult to reconcile these differences with the accepted assumption that early hominins evolved from the ape family roughly 5-8 million years ago on the savannah. They did, however, seem to make much more sense and were more logically explained by an historical period of aquatic adaptation during early hominid evolution.

It was proposed that these exostoses were evolved for the purpose of protection of the delicate ear drum during swimming and diving, by narrowing the ear canal in order to reduce the pressure on the ear drum which might otherwise be prone to rupture. Looking at other mammals who live in a semi-aquatic environment, spending part of the time on land but also swimming and diving searching for food, we see similar protective mechanisms when in the water, either partially narrowing or temporarily closing the ear canal when under water. It was suggested that if these exostoses were identified in early hominid fossil skulls, this would provide good evidence to support the aquatic theory. In contrast to modern man, early hominins would not have been surfing or swimming for social reasons, but their frequent immersion in water would have been in search of food, hunting for their survival. Recent fossil evidence of exostoses found in the external ear canal in early hominin skulls provide the vital fossil evidence of man’s aquatic past.

This chapter reviews the current literature regarding external auditory canal exostoses which have been found in recent and ancient archaeological populations. The different adaptations of the mammalian hearing mechanism in aquatic, terrestrial and semi-aquatic mammals is also described, which shows that humans are similar to other semi-aquatic mammals which all have evolved mechanisms to close off or narrow the ear canal when swimming or diving. The developmental embryology of the external ear canal is also described which helps to understand why the little bones develop in 2 or 3 specific sites in the ear canal, corresponding to the growth plates of the three tiny bones which make up the bony part of the external ear canal.

Bony swellings of the external ear canal occur with varying frequency and are of two distinct types; osteomata and external auditory canal exotoses. Osteomata are unilateral and usually arise in the outer part of the canal and have a pedunculated or lobular appearance. They are composed of dense ivory bone and are considered to be true pathological benign tumours of bone. There may be a hereditary factor in their aetiology, since Roche has found an incidence of 27.9 per cent in Australian aborigines. Hrdlicka has also described a particularly high incidence in Peruvian and American Indian populations.

Exostoses, on the other hand, are bony swellings which arise in the deep part of the external auditory canal. These exostoses are benign, bilateral, broad based thickened bony swellings, 70 per cent of which are found on the posterior wall. They also can be found situated on the lower anterior wall and sometimes on the roof. Clinically, most are asymptomatic, but they may be associated with otitis externa (infection of the outer ear) and obstructive symptoms may occur when the canal occlusion reaches over 80 percent. The introduction of high resolution computerised tomography (CT) has greatly enhanced the ability to demonstrate anatomical bony details.

Even recently, the cause of external auditory canal exostoses and osteomas has been considered an unresolved issue. In the past it was thought to be predominantly genetic, but most researchers now agree that genetics most likely plays a minor role in the development of this trait and it is now generally accepted that cold water exposure is the main aetiological factor. However, the exact way in which water stimulates bony hyperplasia (overgrowth) at these specific sites remains uncertain, but a review of the anatomy and developmental embryology of the external auditory canal may shed light as to why water exposure results in hyperplasia in certain sites.

Excerpted with permission from The Waterside Ape: An Alternative Account of Human Evolution by Peter Rhys-Evans (CRC Press, July 2019).