You might be familiar with Chris Jordan’s widely shown photographs of sliced-open albatross corpses—laced with bottle caps, lighters, utensils, indeed, all manner of plastic stuff. But wild animals’ consumption of microplastic is particularly concerning because of the small particles’ tendency to pass chemicals used in plastic manufacturing and acquired in nature into the bodies of the living beings who consume them.

Many plastic-manufacturing chemicals, called plasticizers, are known as toxic, as proven by studies on nonhuman animals and people alike. Bisphenols, like bisphenol A (BPA), and phthalates are two common classes of plasticizers known to interfere with hormone activity in wild and laboratory animals, leading to metabolic and growth problems, as well as cancer.

Those chemicals commonly adhering to microplastic particles in the oceans include pesticides, such as dichlorodiphenyltrichloroethane (DDT), which has been banned worldwide except in cases of controlling insect-borne epidemic diseases like malaria. Other toxins that adhere to microplastic include industrial chemicals like polychlorinated biphenyls (PCBs), which were used for myriad purposes, including additives to anti-fouling ship-bottom paint until most nations around the world— including much of the European Union, and the US—prohibited most of its uses. Both DDT and PCBs are toxins known to cause adverse health effects in people and wildlife through direct exposure routes such as inhalation and ingestion. These and many other manmade toxins now found in nature are classified as “persistent organic pollutants” (or POPs), possessing a chemical structure resisting degradation, allowing for long-term retention and circulation in the environment. And so POPs have the ability to poison continuously, penetrating various and multiple levels of the living world before being converted into related chemical byproducts (called metabolites, which are usually also toxic).

When a living creature eats plastic, scientists believe that the toxins manufactured into or absorbed by plastic in nature leach out into their bodily systems, possibly causing health problems. For example, marine creatures who consume microplastic are also dosed by the particles’ plasticizer ingredients and any POP hitchhikers from the sea. Compared to more intact plastic items, microplastic is lent additional surface area in its jagged edges that may enhance its chemical-delivering effects into animals’ bodies. 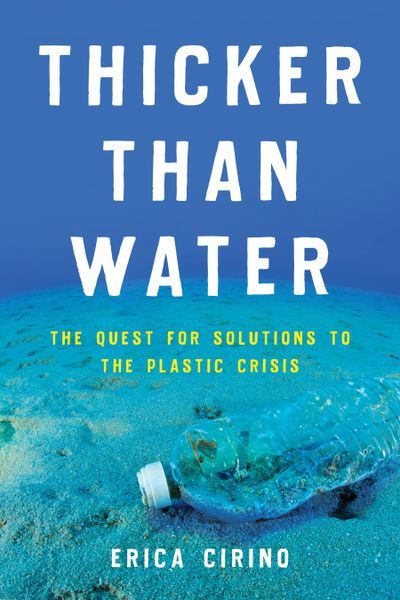 This phenomenon, which Roskilde University scientist Kristian Syberg has studied, is called the vector effect. Molecules of these toxins, carried by an itinerant vector—plastic—are often lipophilic, or have a physical and chemical propensity for fats, and thus tend to accumulate in living beings’ fatty tissues. Fat acts as a repository for toxins—one unlocked when the body taps fat cells for energy. When that happens, the liver must metabolize the chemicals trapped inside.

Food scarcity is a common experience for wild creatures dwelling in and above the vast and unforgiving open ocean. While working with terrestrial wildlife, I’ve witnessed animals like hawks and owls quickly fall ill or die during lean periods, though not of starvation per se: Toxicology reports run on predator animals have revealed that poisons in their bodies’ fat cells, accumulated over a lifetime of eating wild food, become unlocked when their body burns fat for energy. Because they don’t degrade quickly, POPs linger and accumulate in the body over time. When an animal must live mainly off fat reserves, the rate at which the body metabolizes toxins speeds up, sending harmful chemicals once stowed away in fat cells to the brain and other vital organs.

Of course, the Earth is made of chemicals. We are made of chemicals. It’s the toxic chemicals surrounding us that we must avoid to stay safe. Some of these, like radioactive metals, occur naturally in varying amounts, while others, like PCBs, are introduced to the world by people. These chemicals are now around us, and inside us, at all times, and we can be harmed if we’re exposed to too much at once or a great enough concentration over a lengthy increment of time. Microplastic’s ubiquity and chemical-magnifying vector effect complicate this equation, filling our world with small doses of poisons that—if absorbed by our bodies—push us closer to the thin knife-edge that separates safety from harm.

A number of scientists are presently studying the role of the vector effect in the open ocean, exploring how plastic is spreading poisons throughout the sea and marine animals’ bodies. Ecologist Chelsea Rochman, preeminent plastic researcher at the University of Toronto, is one of them. I once asked her which chemicals commonly detected in microplastic are most concerning. She answered quickly: “Plasticizers. Many scientists are focused on other chemicals that microplastic may absorb once in nature, but we also and maybe more pressingly need to take a hard look at what kinds of plastic additives are now being introduced to the environment through plastic, especially microplastic and nanoplastic.”

The vector effect is challenging to study for a number of reasons, including the great variety of toxic chemicals potentially carried by a piece of microplastic. This research is also trickiest when it involves the very smallest pieces of plastic—nanoplastic—which are challenging to collect and analyze. Scientists have tracked nanoplastic particles consumed by plankton that are then consumed by fish. And in the fish’s bodies, scientists have tracked the nanoplastic as it moves from the digested plankton in their guts to their bloodstreams and then to their brains. Fish with nanoplastic in their brains display aberrant behaviors such as a reduced or sped-up feeding time, and too much or too little exploration of their surroundings. These behaviors, which often waste energy and impair a fish’s ability to hunt for prey, seem indicative of neurological malfunctioning—likely caused by the presence of plastic and the chemicals it carries.

Nanoplastic particles don’t necessarily have to be eaten to cause harm. They have been absorbed by fetal fish still growing inside their eggs. Scientists at Duke University have observed that zebrafish eggs plunked into nanoplastic-spiked water just six hours after being fertilized transferred some of the nanoplastic from the surrounding water into fish’s embryos. There the nanoplastic migrated throughout the still-developing fetuses. When the baby zebrafish hatched, they appeared physically normal. But below their skin, their hearts were beating abnormally slow, and, unlike healthy young zebrafish—which are usually energetic—these young fish moved rather languidly around their tanks. These characteristics would undoubtedly reduce their chances of survival if they were trying to hack lives in the wild.

While the hazards of microplastic and nanoplastic ingestion and exposure are still not completely understood, scientists agree these small plastic particles are efficient transporters of toxic chemicals that pose a threat to the lives of wild animals. How are human bodies affected by micro- and nanoplastic particles? I’d soon find out.

From Thicker Than Water: The Quest for Solutions to the Plastic Crisis by Erica Cirino; Copyright © 2021 by the author. Reproduced by permission of Island Press, Washington, D.C