The Phantom Nature of Scientific Entities 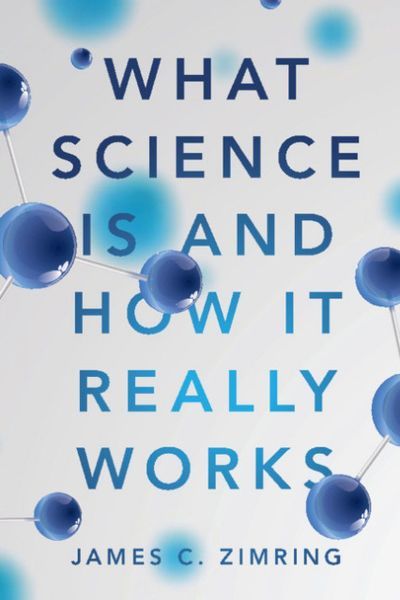 As early as 1667 and throughout the 1700s, a great deal of time was spent studying an essential substance of nature that was called “phlogiston.” It had been observed that when things burned they became lighter in weight, while at the same time they gave off heat and light. The decrease in weight made it seem clear that burning substances lose something of their mass as they give off heat. This released thing that gave off heat was named phlogiston. Another known observation was that if one burned a candle in a closed container, the flame would burn for awhile and then stop. Because the flame stopped with much of the candle left intact, it seemed that depletion of phlogiston was not a likely explanation for why the flame went out. Rather, it was hypothesized that the...

It was also appreciated that the ability of air to support life had similar properties to its ability to allow things to burn. In other words, if one put a small mammal in an enclosed jar (typically a mouse), it would die after awhile, and the remaining air could not support burning; conversely, if one burned a candle in a container until it burned no more, the air could no longer support the life of a mouse. Amazingly, if one put a plant into air that could not support fire or a living mouse, the plant did quite well, and after a while the air could once again support burning or the life of a mouse. It seemed obvious that both the processes of combustion and of animal life resulted in the release of phlogiston, which is why we breathe (to expel phlogiston from our bodies). Air could only absorb so much phlogiston and thus only support burning or a mouse’s life for so long. However, plants removed phlogiston from the air, restoring its capacity to absorb phlogiston and to support mouse life or burning. The phlogiston hypothesis nicely maintained HD coherence; all of the known phenomena could be predicted from the premise that phlogiston existed and that air could absorb only a limited amount.

As scientists began to understand that “air” was actually a mixture of different entities, the study of fractionation of air became a rich area of exploration. When nitrogen was discovered, it was found that neither could flames burn in it nor mice live in it. This was interpreted as creating phlogisticated air; in other words, nitrogen did not have the ability to absorb phlogiston. Some years later Joseph Priestley made the curious observation that the heating of mercuric oxide dephlogisticated air; in other words, air treated by heating mercuric oxide in it was able to absorb more phlogiston, and as such, it increased the burning of a flame and a mouse could live longer in such air than in normal air. The study of phlogiston seemed a triumph, as each new finding about it fit nicely into a coherent theory.

Ongoing studies of nature demonstrated that some substances, in particular metal substances, actually became heavier when they burned. This was a serious problem for phlogiston theory, as it was difficult to explain why a thing that was losing phlogiston (and giving off heat) would get heavier rather than lighter. A number of arguments were put forth to help explain this, but ultimately (by other studies and famous experiments) it was shown that when things burn they actually combined with something contained in the air. Indeed, by our current understanding, phlogiston didn’t exist; rather, the opposite of phlogiston actually existed (which we now call oxygen). A candle didn’t stop burning in a closed container because the air could no longer absorb the phlogiston that the candle was giving off; rather, air contained an element vital to combustion (oxygen) and things stopped burning because all the oxygen had been consumed. Heating mercuric oxide didn’t dephlogisticate the air; rather, it released oxygen, a gas required for both burning and for life. This represented an inversion of concepts, a paradigm shift no less profound than proposing that the Earth rotated around the Sun rather than the opposite.

The point of this story is to focus on the abstract entity that was phlogiston. Like so many things examined by science, phlogiston itself was never directly observed; rather, the effects of phlogiston were observed and served as substantial evidence for its existence. The very notion of phlogiston was basically retroduced (as explained earlier) to guess at the existence of a thing that could provide an explanation for observed effects. As more and more observational evidence became available, it was interpreted in the light of the existence of phlogiston. As has been discussed, the process of retroduction is susceptible to the fallacy of affirming the consequent, i.e., just because if phlogiston existed then it would predict all of the observed effects did not mean that phlogiston must exist (from a logical point of view). However, the idea of phlogiston certainly did exist and worked very well (for a time) to explain the natural world. Many scientists, time and time again, felt they were actually “observing phlogiston” or the absence thereof. Scientists studied the nature of phlogiston. They studied its properties. They could measure its mass as it exited from burning things. They could remove phlogiston from the air by absorbing it with burning mercuric oxide. They could put phlogiston back into the air by burning a candle.

How could scientists study the physical properties of a thing that simply did not exist outside of the abstract human imagination? We do need to pay respect to the broader philosophical notion that there is nothing magical about our imaginations, no matter how much our posited theories appear to explain; proposing an unobserved entity to explain all manner of observed phenomena does not demonstrate its existence. No scientist has ever directly observed an electron, an atom, or the Higgs boson, yet we state with certainty that they exist, because we can study the predicted effects of their existence. Indeed, we replaced the abstract notion of phlogiston with the equally abstract notion of oxygen, and while the assumption that oxygen exists explains more of our observations than did phlogiston, it is no less abstract. We feel confident studying such things, but at the end of the day each of these things is philosophically no different than phlogiston. Scientists study phenomena, yet they speak in terms of scientific objects. It is essential to remember that many scientific entities that science claims to study will always suffer from the vulnerability of potentially not existing whatsoever. This is also why when one posits initial premises and then builds theories of tremendous predictive power (e.g., Euclid and Newton), one cannot use the success of the theory as evidence that the premises are in fact correct. They may be correct, but they cannot be proven to be so; time and again “known” scientific entities and accepted scientific premises and principles have later been assessed to never have existed at all, other than the idea of them.

Excerpted with permission from What Science Is and How It Really Works by James C. Zimring. (Cambridge University Press, July 2019).