Paul A. Offit is a professor of pediatrics at the Children’s Hospital of Philadelphia.

I first started working on this book at the beginning of one of the worst pandemics in history. On November 17, 2019, a bat coronavirus made its debut in the human population. The virus was called SARS-CoV-2 and the disease was called COVID-19 (coronavirus disease-2019). Just one year after it had arrived, the virus had infected hundreds of millions of people and killed more than a million, mostly from pneumonia. And it was just getting started.

All of these surprises occurred within the first year of the virus’s debut. It is likely that more surprises lie ahead. 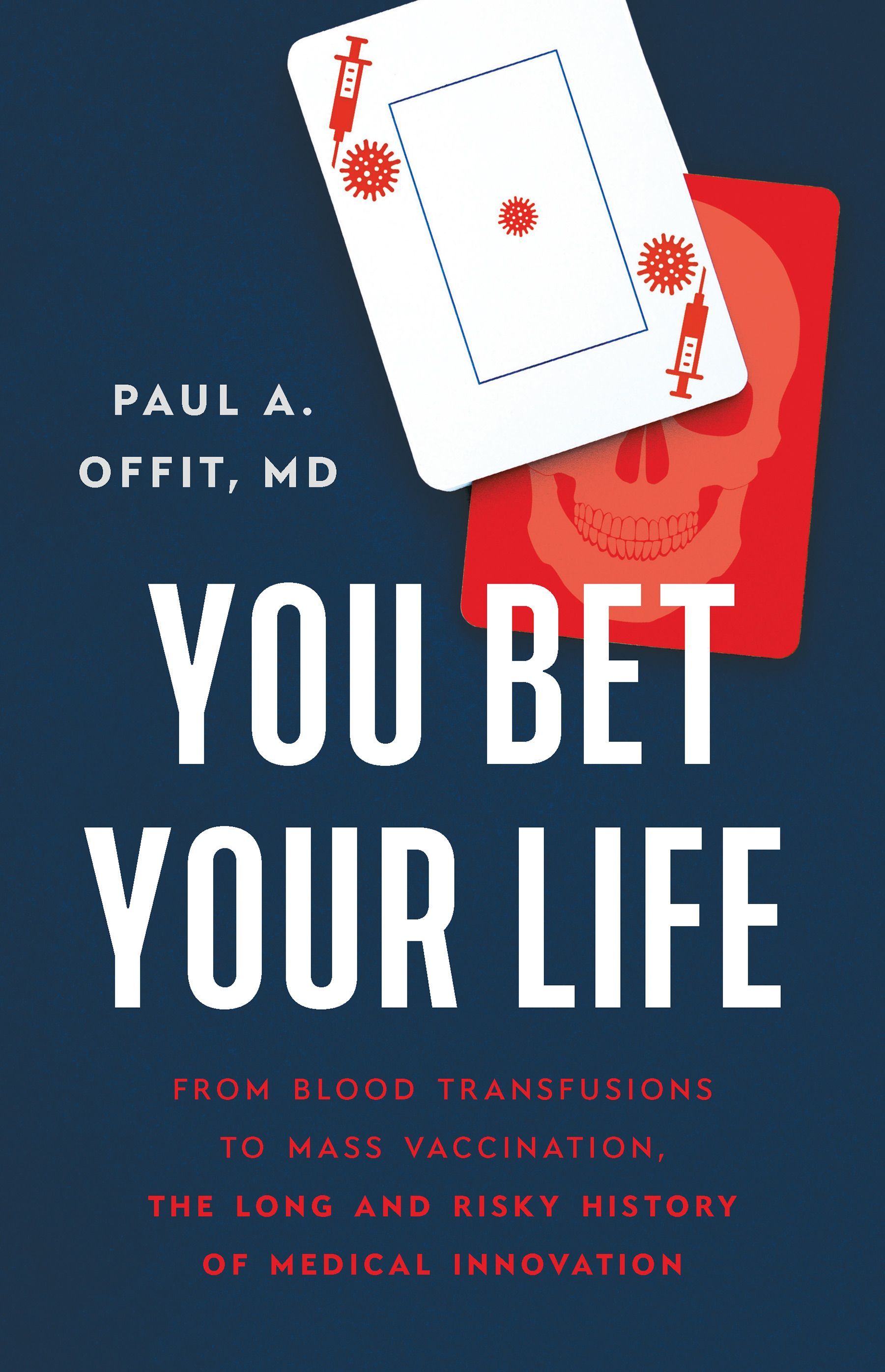 With hundreds of thousands of people dying from COVID-19, everyone was desperate for a cure. In April 2020, I was selected by Dr. Francis Collins, director of the National Institutes of Health (NIH), to participate on a committee to accelerate the development of vaccines and treatments. I was also a member of the Food and Drug Administration (FDA) vaccine advisory committee. These positions gave me a front-row seat for how people were about to make decisions under uncertainty. Again, there were no risk-free choices. And desperation led to bad decisions.

On April 7, 2020, the FDA approved an antimalarial drug called hydroxychloroquine for the treatment of COVID-19, even though no study had ever found that it worked. Some people, like the president of the United States, reasoned that at the very least it was worth a try. What could be the harm? Unfortunately, any drug that has a positive effect can also have a negative effect. During the next few weeks, several studies showed that hydroxychloroquine neither treated nor prevented COVID-19. Worse, about 10 percent of recipients suffered severe heart arrhythmias, some fatally. Two months later, the FDA withdrew its recommendation. The most disturbing aspect of the hydroxychloroquine disaster was that the drug hadn’t gone through the usual process of FDA licensure, which takes about a year of careful, thorough review. Rather, it had been approved under something called emergency use authorization—a faster, less thorough system that would soon be applied to the approval of coronavirus vaccines.

Although much disagreement surrounded the best way to treat COVID-19, everyone agreed that the only way to stop its spread was with a vaccine. As a consequence, never in history had more money or more expertise been devoted to making a single medical product. The World Health Organization (WHO), the Bill and Melinda Gates Foundation, and the US Department of Health and Human Services poured tens of billions of dollars into the effort. By the end of 2020, more than one hundred companies were pushing forward with a vaccine. Every strategy that had ever been used to make a vaccine was employed to prevent the spread of SARS-CoV-2, as well as several that had never been tried before. Some of these novel vaccines were being mass-produced in a program called Warp Speed before anyone really knew whether they worked or were safe.

In other words, by the end of 2020, an elusive, difficult-to-characterize bat coronavirus that had surprised doctors with its novel symptoms and unusual pathologies was soon to be countered by a series of vaccines that had never before been used against any other virus in history.

This book is about capturing the emotions of that moment at the end of 2020, when phrases like “Warp Speed,” “the race for a vaccine,” and “vaccine finalists” scared people that corners were being cut, time lines compressed, and safety measures ignored. It shouldn’t be surprising that a CNN poll in the summer of 2020—when a thousand people were dying every day from the coronavirus—found that less than half of all Americans were willing to take a COVID-19 vaccine if offered. But again, a choice not to get a coronavirus vaccine was not a risk-free choice; rather, it was a choice to risk infection, hospitalization, long-term disabilities, and possibly death.

See “Opinion: What the History of Blood Transfusion Reveals About Risk”

In the pages that follow, we’ll examine the triumphs and tragedies behind nine of modern medicine’s greatest advances: transplants, blood transfusions, anesthesia, biologicals, antibiotics, vaccines, X-rays, chemotherapies, and genetic engineering. All of these stories provide poignant lessons about when and whether to accept new technologies.

During the twentieth century, the life span of Americans has increased by thirty years. The medical breakthroughs profiled in this book have been directly responsible for much of that increase. Unfortunately, all of these breakthroughs have been accompanied by tragedy. And if we don’t pay attention to these painful lessons from the past, we’ll be condemned to repeat them.

Excerpted from YOU BET YOUR LIFE: From Blood Transfusions to Mass Vaccination, the Long and Risky History of Medical Innovation by Paul A. Offit, MD. Copyright © 2021. Available from Basic Books, an imprint of Hachette Book Group, Inc.