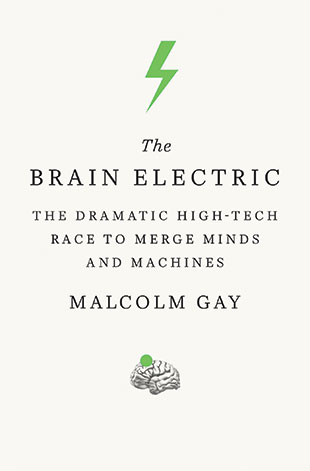 FARRAR, STRAUS AND GIROUX, OCTOBER 2015This summer, Duke University researchers announced with much fanfare that they had successfully created a monkey “brainet,” a new frontier in brain-machine interfaces whereby scientists used computers to link the brains of multiple animals. Pooling their combined mental activity, the monkeys cooperated to gain control of a virtual arm, moving it to various targets on a computer screen.

The invasive study, led by Miguel Nicolelis, was undoubtedly a breakthrough: a collaborative cyborg network. But such accomplishments are par for the course in a field where, for more than 15 years, researchers have routinely announced advances using electrodes and computers to “read” the intentions of behaving research subjects. Translating the neural code thus deduced, scientists in this relatively narrow field have granted animals and humans neural control over everything from computer cursors and wheelchairs to video games and flying drones. In the case...

Resplendent with sci-fi sizzle, brain-machine interfaces, or BMIs, are indisputably having a moment. Companies such as Emotiv and Muse are selling off-the-shelf EEG headsets aimed squarely at the consumer market. Auto manufacturers are experimenting with neurally integrated cars. A new breed of “neuro-marketers” has entered the advertising realm, and a slew of smaller enterprises now promise that BMIs will deliver myriad benefits, including enhanced relaxation and heightened mental clarity.

Fueled by pop-cultural offerings, including James Cameron’s Avatar or the 2009 Bruce Willis vehicle Surrogates, it’s easy to imagine that our brain-tapped future is already upon us—that Google, once confined to our desktops or handsets, will soon be in our brains.

Still, in many ways the hard science that underlies this imagined future of BMIs offers a more radical and informative vision of humanity and brain function. As I recount in the The Brain Electric, Nicolelis has for years been using BMI research to push the boundaries of neuroscience, describing an expansive view of a brain that readily adopts new modes of interacting with the world.

In the past, that’s meant linking brains to various robotic devices. More recently, however, Nicolelis has moved into ever-more fantastical realms as he’s enabled animal subjects to perceive infrared light, and, more to the point, given them direct neural access to the minds of their fellow research subjects.

“It’s not about moving an arm. It’s about suggesting that the brain is so plastic that it can incorporate another body as its source of information to probe the world,” Nicolelis told me while discussing his early efforts to build a brainet. “That touches on theories of self, theories of identity. Once you connect brains like that, who is to say there’s not another level of emergent properties that materialize by the interaction of the two brains?”

In many ways we have no idea, and a thicket of technical and scientific obstacles must be overcome before BMI researchers can examine more than keyhole-size regions of the brain.

Nevertheless, as BMIs and related devices progressively enter consumer and clinical markets, the research also offers a powerful tool to probe the brain’s deeper mysteries, shedding light on its sensory systems, while also describing links among the motor system, perception, and even consciousness itself.

The revolution that BMIs promise, then, is not one merely of cyborg futurism and a brave new world. Rather, it is something infinitely more profound: a more precise articulation of the world we’ve always known.

Malcolm Gay is an arts reporter for The Boston Globe. He has won numerous national journalism awards, including honors from the James Beard Foundation, the Association of Alternative Newsmedia, and the National Association of Black Journalists. Read an excerpt of The Brain Electric.