The author of a new book about emerging concepts in human genetics considers the question.

Bill Sullivan is the Showalter Professor of Pharmacology and Toxicology at Indiana University School of Medicine. 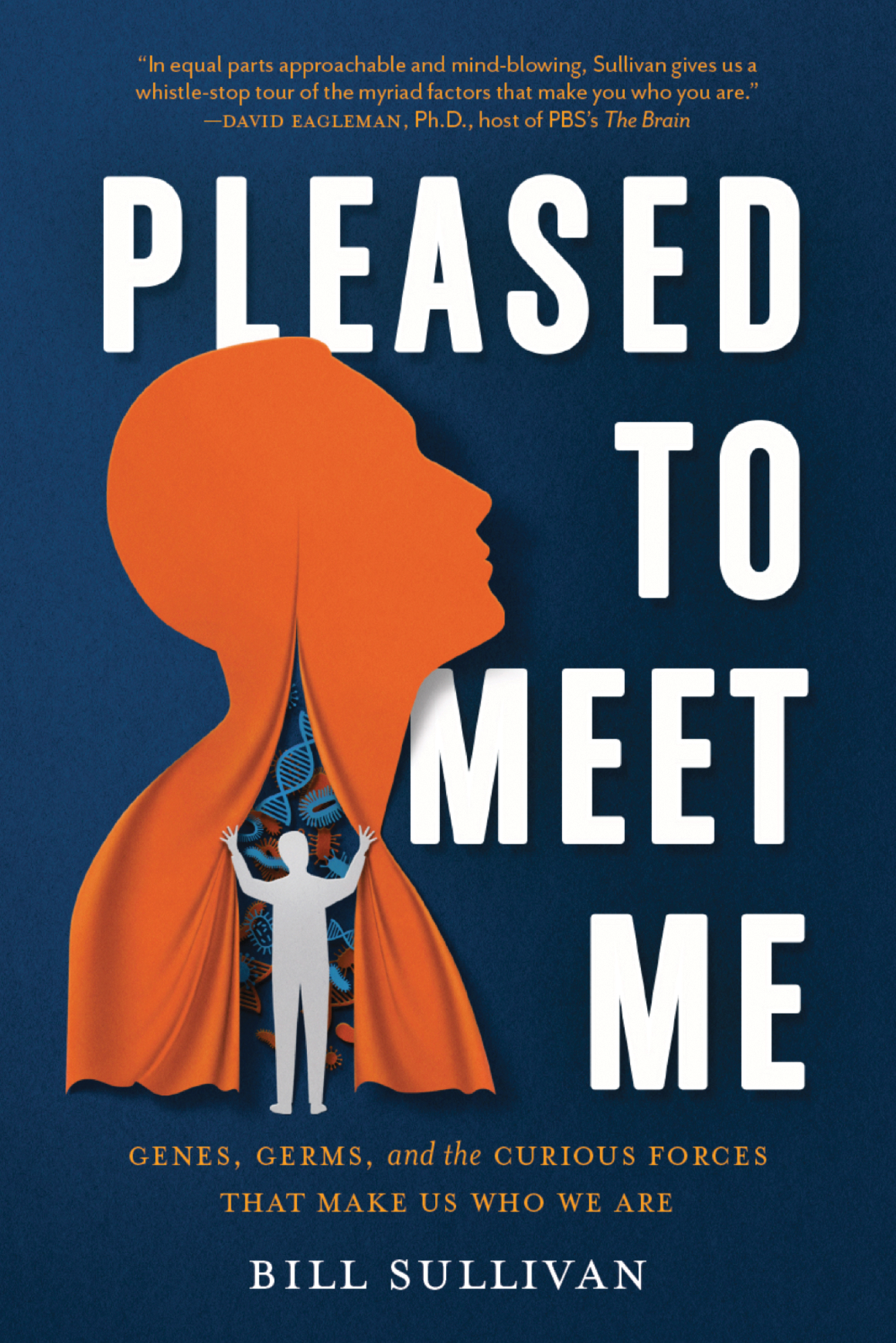 As author George R.R. Martin would attest, good writing takes time. For eons, DNA has been writing genetic scripts for “survival machines,” evolutionary biologist Richard Dawkins’s term for living organisms—their primary purpose being to live long enough to propagate their DNA. As author Samuel Butler recognized in 1877, “A hen is only an egg’s way of making another egg.”

But our planet has limited resources, so survival machines that had a leg up on the competition won the DNA replication relay. Selfish genes were locked in an arms race to craft survival machines that were better, stronger, faster. About 600 million years ago, an ancestral neuron emerged that heralded a new weapon: intelligence. It took nearly 4 billion years, but DNA has finally built a survival machine intelligent enough to expose DNA’s game. We are the first species to meet our maker.

The realization that we’re an apparatus for the dissemination of genes is quite different from traditional creationist narratives. It is even more humbling to reflect on the power of a related revelation: instead of passively watching genetic stories unfold, we can now become the authors. Are we ready for this awesome responsibility? In just a half century, we resolved the structure of DNA, made genome sequencing easy, and discovered ways to edit genes. Although we don’t fully understand its language, some are now eager to take a red pen to the genome. With the help of the first human genome, published in 2003, researchers have revealed genes involved in certain diseases, and this knowledge is guiding the discovery of novel therapeutics.

But what about more-complex phenotypes like personality and behavior? We regularly hear news about the identification of a gene for procrastination, extraversion, alcoholism, liberalism, adultery, and—well, you name it. One study claims to have found genes that influence when a person loses their virginity! DNA screening services promise to illuminate ancestry, predispositions for disease, even certain behavioral tendencies. But is gazing at one’s DNA sequence a robust method for predicting future outcomes, or is it a modern form of phrenology? This is one of the key questions that prompted me to write Pleased to Meet Me, a book that describes how genes work with other factors to make us who we are.

Developmental biologists have long suspected that there must be more to survival machines than their genes, vaguely calling it epigenetics (“beyond genes”). If all cells in the body possess the same DNA sequence, why do some become brain cells and others heart cells? DNA sequences do not change over our lifetimes, so what brings about the dramatic transformations of puberty? Long story short, the expression of the genome is just as important as the genome itself. Of course, much of this is determined by genes encoding transcription factors that regulate gene expression. But remarkably, increasing evidence suggests that our environment also affects the expressed genome through epigenetics, by chemically altering DNA itself or the proteins associated with it. Genetic analysis of children who suffered abuse and later became suicidal, for example, showed increased DNA methylation at their glucocorticoid receptor gene, which compromises the ability to manage stress.

Epigenetics demonstrates that nature and nurture are two sides of the same coin. The phenotypes arising from our genes are highly contextual, and the “you” that exists today might have been very different had you been conceived or raised in a different environment. Studies have also found that our microbiomes and nefarious parasites like Toxoplasma gondii (which dwells in the brains of billions of people) produce factors that may alter gene expression in the host. More recent studies show that mRNA can also be modified in ways that affect protein synthesis, a process called epitranscriptomics that adds yet another layer of complexity to the prediction of phenotypes from genotypes.

For some, the realization that biological forces shape who we are is disconcerting, but this knowledge is power. By understanding how genes, epigenetics, and epitranscriptomics function in the context of our microbiome and environment, we will be in a better position to develop new approaches to treat undesirable behaviors. We’ve met our maker, but with the advent of gene editing, the development of epigenetic drugs, and the ability to remodel our microbiome, we’re on course to take control of our own destiny.

Bill Sullivan is a professor of pharmacology and microbiology at the Indiana University School of Medicine in Indianapolis, where he studies infectious disease and genetics. Read an excerpt of Pleased to Meet Me: Genes, Germs, and the Curious Forces That Make Us Who We Are at the-scientist.com.