For the past 150 years, scientists and laypeople alike have accepted a “savanna” scenario of human evolution. The theory, primarily based on fossil evidence, suggests that because our ancestral ape family members were living in the trees of East African forests, and because we humans live on terra firma, our primate ancestors simply came down from the trees onto the grasslands and stood upright to see farther over the vegetation, increasing their efficiency as hunter-gatherers. In the late 19th century, anthropologists only had a few Neanderthal fossils to study, and science had very little knowledge of genetics and evolutionary changes. So this savanna theory of human evolution became ingrained in anthropological dogma and has remained the established explanation of early hominin evolution following the genetic split from our primate cousins 6 million to 7 million years ago.

But in 1960, a different twist on human evolution emerged. That year, marine biologist Sir Alister Hardy wrote an article in New Scientist suggesting a possible aquatic phase in our evolution, noting Homo sapiens’s differences from other primates and similarities to other aquatic and semi-aquatic mammals. In 1967, zoologist Desmond Morris published The Naked Ape, which explored different theories about why modern humans lost their fur. Morris mentioned Hardy’s “aquatic ape” hypothesis as an “ingenious” theory that sufficiently explained “why we are so nimble in the water today and why our closest living relatives, the chimpanzees, are so helpless and quickly drown.” 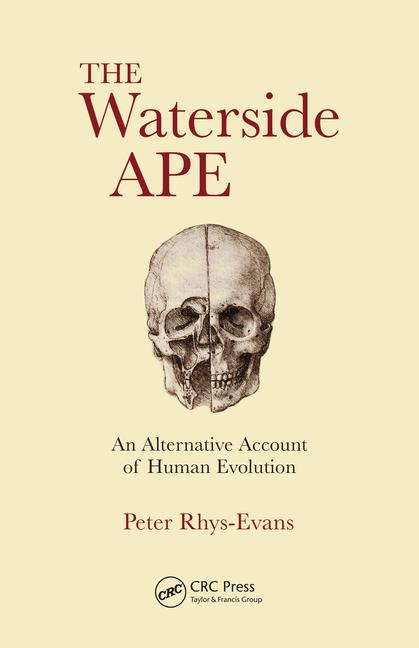 Morris concluded, however, that “despite its most appealing indirect evidence, the aquatic theory lacks solid support.” Even if eventually the aquatic ape hypothesis turns out to be true, he continued, it need not completely rewrite the story of human evolution, but rather add to our species’ evolutionary arc a “salutary christening ceremony.”

In 1992, I published a paper describing a curious ear condition colloquially known as “surfer’s ear,” which I and other ear, nose, and throat doctors frequently see in clinics. Exostoses are small bones that grow in the outer ear canal, but only in humans who swim and dive on a regular, almost daily basis. In modern humans, there is undisputed evidence of aural exostoses in people who swim and dive, with the size and extent being directly dependent on the frequency and length of exposure to water, as well as its temperature.

I predicted that if these exostoses were found in early hominin skulls, it would provide vital fossil evidence for frequent swimming and diving by our ancestors. Researchers have now found these features in 1 million– to 2 million–year-old hominin skulls. In a recent study on nearly two dozen Neanderthal skulls, about 47 percent had exostoses. There are many other references to contemporary, historical, and archaeological coastal and river communities with a significantly increased incidence of aural exostoses. In my latest book, The Waterside Ape, I propose that the presence of exostoses in the skulls of ancient human ancestors is a prime support for an aquatic phase of our evolution, which may explain our unique human phenotype.

Other Homo sapiens–specific features that may be tied to a semi-aquatic stage of human evolution include erect posture, loss of body hair, deposition of subcutaneous fat, a completely different heat-regulation system from other primates, and kidneys that function much like those of aquatic mammals. This combination of characteristics, which do not exist in any other terrestrial mammal, would have gradually arisen over several million years. The finding of the bipedal hominin named “Lucy,” dating to 3.5 million years ago, suggested that walking on two legs was the initial major evolutionary adaptation to a semi-aquatic habitat. By the time the Neanderthals appeared some 400,000 to 300,000 years ago, their semi-aquatic lifestyle—swimming, diving, and perhaps hunting for food on land and in the water—may have been firmly part of day-to-day life.

In my opinion, the accumulated fossil, anatomical, and physiological evidence about early hominin evolution points to our human ancestors learning to survive as semi-aquatic creatures in a changing East African environment. After transitioning to bipedalism, ancient hominins had both forelimbs free from aiding in walking, which may have allowed for increasing manual dexterity and skills. Perhaps a marine diet with lipoproteins that are essential for brain development fueled the unique intellectual advances and ecological dominance of Homo sapiens.

Peter Rhys-Evans works in private practice as an otolaryngologist in London at several hospitals including the Harley Street Clinic. He is the founder and chairman of Oracle Cancer Trust, the largest head and neck cancer charity in the UK. Read an excerpt from The Waterside Ape. Follow Rhys-Evans on Twitter @TheWatersideApe. 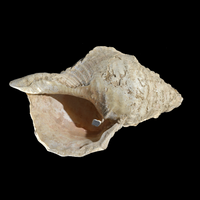