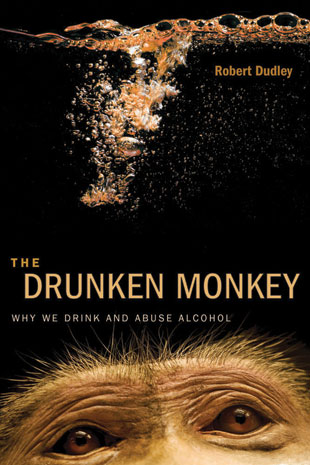 UNIVERSITY OF CALIFORNIA PRESS, MAY 2014When we think about the origins of agriculture and crop domestication, alcohol isn’t necessarily the first thing that comes to mind. But our forebears may well have been intentionally fermenting fruits and grains in parallel with the first Neolithic experiments in plant cultivation. Ethyl alcohol, the product of fermentation, is an attractive and psychoactively powerful inebriant, but fermentation is also a useful means of preserving food and of enhancing its digestibility. The presence of alcohol prolongs the edibility window of fruits and gruels, and can thus serve as a means of short-term storage for various starchy products. And if the right kinds of bacteria are also present, fermentation will stabilize certain foodstuffs (think cheese, yogurt, sauerkraut, and kimchi, for example). Whoever first came up with the idea of controlling the natural yeast-based process of fermentation was clearly on to a good thing....

Using spectroscopic analysis of chemical residues found in ceramic vessels unearthed by archaeologists, scientists know that the earliest evidence for intentional fermentation dates to about 7000 BCE. But if we look deeper into our evolutionary past, alcohol was a component of our ancestral primate diet for millions of years. In my new book, The Drunken Monkey, I suggest that alcohol vapors and the flavors produced by fermentation stimulate modern humans because of our ancient tendencies to seek out and consume ripe, sugar-rich, and alcohol-containing fruits. Alcohol is present because of particular strains of yeasts that ferment sugars, and this process is most common in the tropics where fruit-eating primates originated and today remain most diverse.

Unfortunately, the sensory mechanisms that once usefully promoted rapid identification and consumption of scarce nutritional resources are now triggered, sometimes to ruinous effect, by the widespread and copious amounts of alcohol available in modern industrial societies. The virtually unlimited supply of this psychoactive compound means that consumption is only limited by one’s appetite—or one’s craving. What once worked safely in the jungle, where fruits naturally contained only small amounts of alcohol, can be dangerous when we forage for booze in the supermarket.

Modern-day alcohol consumption is a double-edged sword, with both benefits but also major costs depending on dosage and genetic background. Both possibilities can be interpreted as an evolutionary outcome, and one that has profound implications for today’s drinkers. Intriguingly, some genetic polymorphisms in modern humans are protective against alcoholism, most notably in East Asia, where the widespread inability to metabolize alcohol renders many individuals reluctant to drink at all. Similar genetically based variation in the capacity to metabolize ethyl alcohol can also be found in fruit flies and in other animals routinely exposed to the molecule in their diet of fermenting fruit and, in some cases, nectar.

Recognition of sustained but low-level exposure to dietary alcohol over evolutionary time also explains a puzzling epidemiological phenomenon—substantial health benefits at intermediate levels of consumption. According to the toxicological theory termed hormesis, physiological benefits will be maximized for low-level exposure to compounds that naturally occur at low levels in the environment. Either high-level exposure or abstention, by contrast, can have deleterious effects.

Alcohol consumption is common in many human societies, but its evolutionary origins have largely been neglected. The fundamental lack of progress in understanding alcoholism reflects, in part, the failure to place our own addictive behaviors within a broader biological context. We ignore deeply rooted historical effects on human biology at our peril. So the next time you enjoy a drink or two, think about primates enjoying the pleasure of ripe, squishy fruit in tropical rainforests. Realize that you are consuming the products of yeast metabolism. And above all else, drink in moderation. 

Robert Dudley is a professor of integrative biology at the University of California, Berkeley, and research associate at the Smithsonian Tropical Research Institute in Panama. Read an excerpt from The Drunken Monkey.