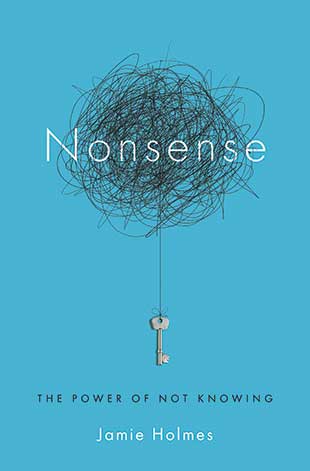 CROWN, OCTOBER 2015Scholars have sliced and diced the terms “ambiguity,” “uncertainty,” and “ignorance,” among others, in a variety of different ways. Oftentimes, the usefulness of these sharp lines isn’t plainly apparent. But one dividing line between types of unknowns that has recently led researchers to fascinating new biological insights is the distinction between risk and ambiguity. According to decision theorists, risky choices are those where the specific outcome isn’t known while the odds of success are. Think of flipping a coin. You’re certain of the probability of its landing on heads or tails, but you can’t predict the outcome of any particular toss. Ambiguous choices are those whose odds of success are unknown because the rules determining the outcome are unclear.

This important distinction between ambiguity and risk is one that I explore in my book, Nonsense: The Power of Not Knowing.

Evidence from brain science has shown that the amygdala and the orbitofrontal cortex are more active when people face ambiguous odds rather than merely risky ones, suggesting that ambiguity is fundamentally more emotional. This premise held when participants in a study led by the University of California, Berkeley’s Ming Hsu (then a graduate student at Caltech) were asked to wager on either the high temperature in New York (involving known probabilities) or the high temperature in Tajikistan (involving unknown ones) on a given day. Even when precise odds exist, if they are unknown—as they often are in everyday decision making—then we treat the decision as ambiguous.

A 2010 study that replicated a variation of Ellsberg’s urn experiment (using juice) with rhesus macaques showed that our preference for clear odds may have deep evolutionary roots. Led by University of Rochester cognitive scientist Benjamin Hayden, then a postdoc in Michael Platt’s lab at Duke University, researchers found that monkeys also prefer known odds over unclear probabilities, even when that preference isn’t rational. This phenomenon holds for chimpanzees and bonobos, too.

Yale neuroscientist Ifat Levy and other researchers, including the University of Sydney decision scientist Agnieszka Tymula (then at New York University), published a study in 2012 suggesting that adolescents, despite their often wild behavior, are actually less risk-tolerant than adults. An adolescent tolerance of ambiguity, they found, is what compels teens to test the unknown. “There is no real biological advantage for adolescents to be risk-seeking,” Tymula says. “The advantage comes with ambiguity tolerance.” Rather than seeing uninhibited behavior as the product of underdeveloped brains, her research suggests that teens are programed to explore what they don’t yet understand. Tymula has found that risk tolerance and ambiguity tolerance follow different pathways across the human life span, and that they are even affected uniquely by weather: ambiguity is more bearable after the sun comes out.

Rather than portraying the unclear as solely negative, researchers are instead revealing ambiguity to be a powerful cognitive force that can drive our brains in fruitful directions. Recognizing ambiguity, it turns out, motivates creativity and exploration.

Jamie Holmes is a Future Tense Fellow at New America and a former research coordinator at Harvard University in the Department of Economics.