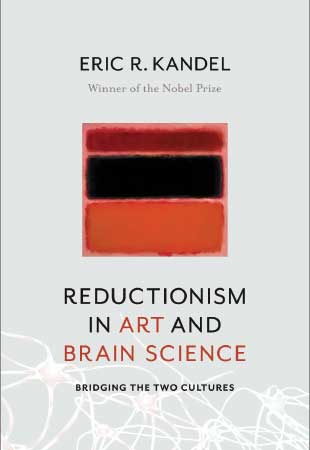 COLUMBIA UNIVERSITY PRESS, SEPTEMBER 2016In 1959, C.P. Snow, the molecular physicist who later became a novelist, delivered a lecture in which he declared that Western intellectual life is divided into two cultures: that of the sciences, which are concerned with the physical nature of the universe, and that of the humanities—literature and the arts—which are concerned with the nature of human experience. Too often, humanists constrain themselves to a cultural echo chamber, maintaining little contact with the realm of the sciences. But Snow, having lived in and experienced both cultures, had the insight that this divide came about because neither discipline understood the other’s methodologies or goals. He argued that by bridging the chasm between their two cultures, scientists and humanists could not only further the pursuit of human knowledge but also benefit human society.

This divide has always been of interest to me because I began...

In my latest book, Reductionism in Art and Brain Science, I illustrate two ways in which brain science and art can bridge the gap between the two cultures. I show that modern brain science is beginning to directly address questions that are central to humanistic thought. For example, studying the biology of a viewer’s response to a work of art can yield humanistic insights not only into the biological makeup of the beholder’s mind, but also into the cultural and psychological implications of works of art. Moreover, artists, like scientists, often experiment with different approaches toward achieving their goal. In this way, I argue that visual artists often employ methodologies that are strikingly similar to those used by scientists.

The central challenge of science in the 21st century is to understand the human mind in biological terms. The possibility of meeting that challenge opened up in the late 20th century, when cognitive psychology—the science of mind—merged with neuroscience, the science of the brain. The result was a new biological field of inquiry that has allowed us to address a range of questions about ourselves: How do we perceive, learn, and remember? What is the nature of emotion, empathy, and consciousness?

In this book I ask how the new biological science of mind has begun to engage with visual art. I focus on abstract art because it is highly suitable for scientific exploration, and we now have the beginnings of an intellectually satisfying understanding of how the brain responds to abstract as opposed to figurative art. I discuss how modern science has begun to uncover the rules and mechanisms that underlie vision, and I explain the processes by which our brain re-creates the visual world, and the broader implications of this for our perception of art.

In my life as a scientist, I have often benefitted from taking a reductionist approach. I try to explore a large problem that interests me—such as the problem of memory storage—by initially focusing on its simplest example and exploring it as deeply as possible. In this book, I show that many artists have taken a similar approach to their work, and that reductionism has played a critical role in the evolution of modern art. I trace the transition from figurative to abstract art in the seminal works of Turner, Monet, Kandinsky, Mondrian, as well as Schoenberg. I then examine how the New York School of Pollock, de Kooning, Rothko, Morris Louis, and the heirs of this school, such as Flavin and James Turrell, used a new reductionist approach to arrive at their particular forms of abstract expressionism in the postwar era. Finally, I show how Katz, Warhol, Close, and Sandback built upon these advances to reimagine figurative and minimal art.

Examining modern art through the new biological science of mind provides not only a deeper understanding of what makes us who we are, but also encourages a series of meaningful dialogues between the sciences and the humanities.

Eric Kandel is a Nobel Prize–winning brain scientist and psychiatrist at Columbia University and a senior investigator of the Howard Hughes Medical Institute. Read an excerpt from Reductionism in Art and Brain Science.