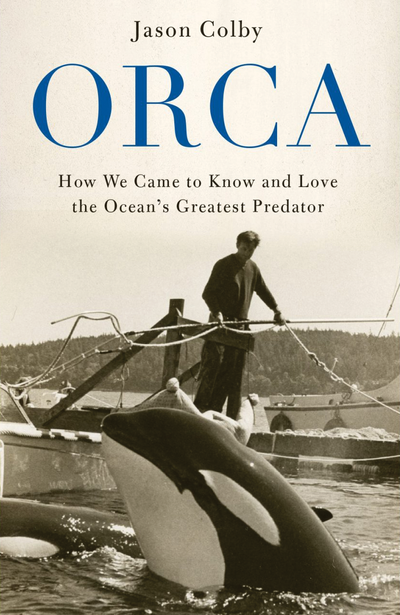 For most of the 20th century, scientists on the Pacific Coast of North America held two basic assumptions about the killer whale (Orcinus orca): first, it was a voracious predator inclined to attack anything in the water, including people; second, the species constituted an abundant and cosmopolitan population. Both turned out to be wrong, and it was captivity that revealed the truth.

Until the 1960s, research on cetaceans remained extremely limited. Most marine mammalogists worked in connection with commercial industries such as whaling and sealing, and their research involved dissecting target species. This was certainly true of killer whales, which scientists and fishermen regarded as threats to valuable marine resources. In 1961, the Canadian Department of Fisheries mounted a machine gun on Maud Island, between Vancouver Island and the mainland, to cull the “killers” believed to threaten Chinook salmon runs, and between...

But in the summer of 1965, entrepreneur Ted Griffin transported an orca he named “Namu” from the waters off British Columbia to his aquarium on the Seattle waterfront, allowing researchers extended access to a living orca for the first time.

In Orca: How We Came to Know and Love the Ocean’s Greatest Predator, I explore the role of live capture and captivity in the transformation of scientific and popular understandings of killer whales. Within weeks of putting Namu into his enclosure, Griffin himself was swimming and performing with the ocean’s apex predator, to the delight of spectators and the surprise of scientists. The interspecies bond made headlines around the world, with National Geographic publishing a feature article by Griffin entitled “Making Friends with a Killer Whale.” Such depictions raised doubts about the menacing reputation of O. orca. “I’m afraid we must toss away some of our earlier preconceptions about these animals,” reflected whale scientist A. Remington Kellogg in the piece. “This behavior of Namu is entirely contrary to what anyone could have expected.”

In the intervening years, keeping orcas in aquariums has stirred fierce public debate in the Pacific Northwest and beyond, particularly as the species’ intelligence and social bonds became evident. But the practice also reshaped scientific understanding of killer whales. In addition to allowing research on the physiology, respiration, and acoustic capacity of the species, captivity raised questions about orcas’ diet and ecological role. While Namu and several other orcas caught in the region seemed to prefer salmon, a pod netted off British Columbia in 1970 refused all fish for months.

Existing reference works offered no answers for such behavior, claiming that killer whales roamed the seas and fed on all manner of sea life. The standard marine mammal textbook of the time described O. orca as “a single species which travels extensively,” and US government policy reflected that assumption. In justifying its decision to permit Sea World to capture killer whales in Puget Sound in 1973, the National Marine Fisheries Service asserted that there was no difference between “a killer whale taken in the Atlantic Ocean [and] one taken in the Pacific” and that “the Puget Sound animals do not form a separate and isolated grouping.”

Yet Canadian scientist Michael Bigg was already painting a different picture. Working partly with captive animals, he developed a system of identifying individual killer whales in the wild using their natural markings. From that point, he would reveal the extraordinary complexity of killer whale social and ecological interactions, which are characterized by matrilineal organization and distinctive food cultures. And he would reveal something more alarming: there were fewer orcas in the shared US-Canadian waters of the Pacific Northwest than anyone imagined. Later labeled the Southern Resident Killer Whales, the endangered population now includes just 76 animals. But the main threat to these iconic orcas is neither bullets nor captivity but rather the decline of Chinook salmon, their preferred prey.

Jason Colby is an associate professor of history at the University of Victoria in Canada. Read an excerpt from Orca.