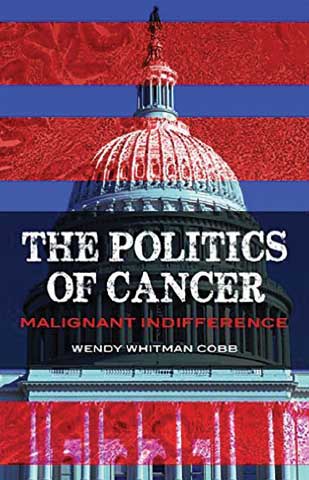 PRAEGER, MARCH 2017In his final State of the Union address in January 2016, President Barack Obama introduced a new “moonshot” effort aimed at treating and curing cancer. His Vice President, Joe Biden, having recently lost his son Beau to brain cancer, was put in charge of the project and immediately set out to remove barriers and improve communication between researchers, doctors, and patients. Biden’s work helped lead to the December 2016 passage of the 21st Century Cures Act, which provided $1.8 billion for cancer research and changed US Food and Drug Administration (FDA) regulations to pave the way for faster approval of new cancer drugs. All of this occurred as the new Trump administration prepared to take power.

Unlike both Obama and Biden, President Donald Trump has not spoken publicly about cancer, either to relate experiences he’s had personally or to address the politics surrounding the...

On the regulatory front, President Trump’s executive order requiring that for every new regulation, two be done away with has the potential to imperil public health. Although most of the criticism leveled at Trump’s take on government regulation in general and on environmental regulations in particular has involved climate change, rolling back some regulations could drastically increase the number of cancer cases. The agency in charge of promulgating many cancer-related regulations, the Environmental Protection Agency, has itself been targeted by the new administration. President Trump chose Oklahoma Attorney General Scott Pruitt to head the agency despite the fact that Pruitt has sued the EPA 13 times, claiming companies operating in his state were subjected to unfair and improper environmental regulations. According to the National Cancer Institute, between 4 percent and 19 percent of cancer cases can be linked to environmental factors. Given this connection between chemicals in the environment and carcinogenesis, removing regulatory barriers for pollutants and possible cancer-causing agents could result in a steep rise in the incidences of numerous cancers.

In addition to the potential for changes in the regulatory environment, President Trump, in a meeting with executives from pharmaceutical companies, expressed a desire to lower the approval burdens for new drugs, stating: “We’re also gonna be streamlining the process so that from your standpoint, when you have a drug, you can actually get it approved if it works instead of waiting for many, many years.” But speeding up this process could endanger lives by putting drugs on the market that may not be safe or any more effective that treatments already available.  The types of wholesale regulatory changes the Trump administration desires appear motivated simply by a wish to deregulate instead of targeting specific regulatory burdens as the 21st Century Cures Act does.

The politics of cancer are such that changes in seemingly unrelated areas can have a significant impact not only on how we view and treat cancer but on how many lives are affected by the insidious disease. A holistic view of cancer treatment and cancer causation is necessary to protect millions of Americans.

Wendy N. Whitman Cobb is an assistant professor in the Department of Social Sciences at Cameron University in Lawton, Oklahoma. Read an excerpt of The Politics of Cancer: Malignant Indifference.