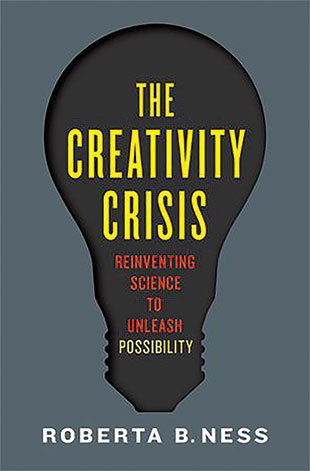 OXFORD UNIVERSITY PRESS, JANUARY 2015Sidney Farber is one of America’s foremost scientific heroes. The story of this pediatric pathologist, who birthed chemotherapy, is a perfect illustration of a struggle that has become a hallmark of the modern research enterprise: creation vs. caution. In the late 1940s and 1950s, Farber discovered that folate antagonists could help treat certain childhood leukemias and lymphomas, overturning the existing reality that cancer always killed. Farber worked with minimal funding, doggedly pursuing his holy grail of curing leukemia and other pediatric cancers, despite colleagues’ skepticism. But he often failed to obtain consent to test drugs that killed many patients and published only the subset of his data that showed the best results. Since then, the economics, sociology, and ethics of scientific research have taken a sizable cautionary turn. Indeed, Farber may not have succeeded in revolutionizing cancer treatment—with the unfortunate tolls paid on...

Most science funders these days favor caution, seeking evolutionary (rather than revolutionary) advances that are quickly deliverable, tangible, and potentially marketable. The newest cancer drugs prolong life for a few months and make huge profits, but no tranformative treatments have been developed in a generation. Congress has put increasing pressure on funding agencies to attain quick wins. Cash-strapped academic institutions have accelerated this focus by turning more and more toward intellectual property–based revenue. Fundamental research, the engine of transformational progress, is in decline. This is the quandary I dissect in my newest book, The Creativity Crisis: Reinventing Science to Unleash Possibility.

Sociologically, science and its practitioners, too, are cautious. Science is hierarchical, insular, and slow to change. Thought leaders and policy makers are loath to disrupt norms based on partial evidence—a necessity, as new discoveries (think the atomic bomb) can harm people. But resistance to disruptive changes in existing paradigms also has less lofty motivations.

True innovation threatens top scientists who control research agendas—enduring elites who arise as “owners” of ideas. Farber’s novel approach to fighting cancer has frightful limits: tumors become resistant and side effects can be life-threatening. Nonetheless, it took two generations for oncology to begin to wean itself from this all-out war wherein the patient sometimes fell victim to the very treatment intended for the tumor.

The newest sociologic revolution, crowdsourcing, is a supremely democratic, Web-based problem-solving tool, which has the power to quickly and efficiently harness group originality. But tradition-bound science has been slow to embrace this approach.

Ethics constitutes a final battlefield between creation and caution. The same scientific breakthrough can be used for good in the hands of one person and evil in the hands of another. Caution is a necessary check on the destructive potential of amoral creation. Yet, when every individual and institution is considered to be a threat, overregulation strangles novelty. Innovation requires risk; society’s growing culture of risk aversion limits science’s ability to make breakthroughs.

During my lectures to thousands of academic scientists about a systematic method that teaches innovative thinking, I have been repeatedly challenged by an alarming reality check: “Your innovative thinking tools are inspirational. But if I were to put forth really unusual ideas I would never succeed in my career,” audience members have told me over and over again. Always voiced by young professionals, this remonstration represents their feeling of being chained by the resource-poor, hidebound, risk-averse environment of the research community. Realistically, the large organizations that employ most scientists must pay attention to their bottom lines, retain traditions, and have rules in order to survive. Science suffers from the ongoing creation vs. caution conflict.

The Creativity Crisis offers concrete proposals that abandon convention and reach for more-optimized approaches to promoting innovation. My challenge to all is to confront the creativity crisis by reinventing our scientific ecosystem.