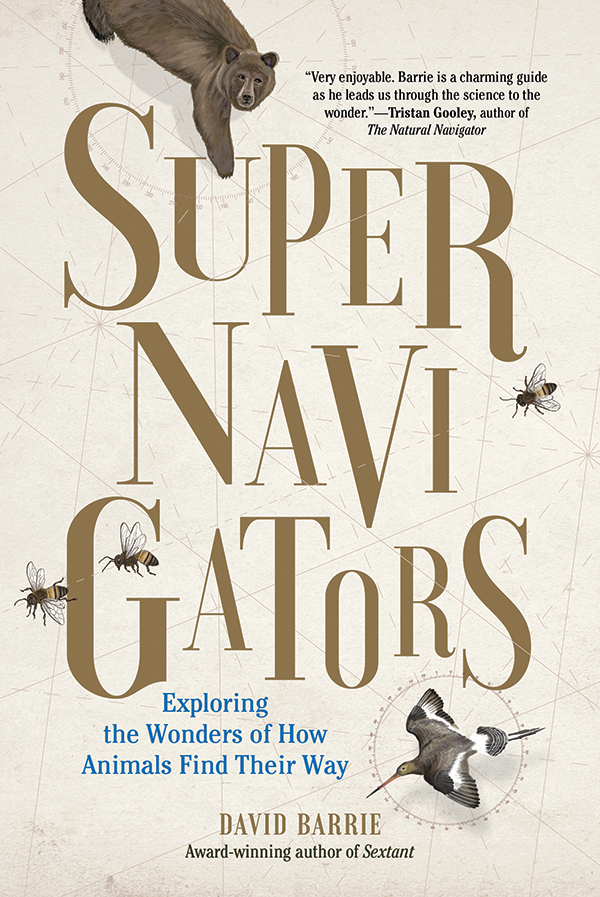 Until the arrival of GPS, the magnetic compass was the single most useful navigational tool available to humans. But it’s a recent invention. Although Chinese explorers understood the principles of the compass earlier, it entered service in Europe in the 12th century.

Other animals have been magnetic navigators for much, much longer. Many different species—ranging from newts and insects to sea turtles, fish, and birds—are able to orient themselves relative to the Earth’s magnetic field. Among mammals, naked mole rats, deer, and even dogs also seem to have this gift. Researchers have recently shown that the brainwaves of human beings respond to changes in magnetic fields, though it’s far from clear whether or not we can make any navigational use of this effect.

But how all these different species actually detect the Earth’s magnetic field remains largely mysterious.

We know that certain bacteria that...

Magnetite also seems to be a promising candidate for a “magnetoreceptor” in multicellular organisms. An array of a few million cells containing magnetite could be used to detect small changes in the intensity of the Earth’s magnetic field. Magnetite is found in many organisms, and it is clearly involved in the magnetic sense possessed by some fish.

In 2007, researchers announced that they’d found magnetite in the beaks of homing pigeons. Perhaps these cells were the basis of the mysterious organ that supplied magnetic information to their brains. This theory was strengthened by the discovery that pigeons trained to detect a strong magnetic field could no longer do so when the sensory nerve serving their beaks—the trigeminal—was cut.

However, in 2012, it was revealed that the clusters of magnetite-rich cells supposedly found in the pigeons’ beaks had been misidentified. They were, in fact, immune cells called macrophages. And there were other problems. Several species of birds that migrate by night can navigate perfectly well without their trigeminal nerve, and pigeons actually need their olfactory nerve, not their trigeminal, to home successfully. On the other hand, strong magnetic pulses that would mess up a magnetite-based receptor do seem to disturb the orientation of migratory songbirds. Confused? I don’t blame you!

While it remains unclear if magnetite plays any role in bird navigation, a great deal of attention surrounds a new theory about the basis of the avian magnetic compass: it may depend on chemical reactions in light-sensitive molecules called cryptochromes.

Cryptochromes are found in many plants and animals and are involved in the control of both internal clocks and growth. It is known that “radical pairs” of electrons are produced within these molecules when stimulated by light (See “Quantum Biology May Help Solve Some of Life's Greatest Mysteries”). The theory is that these radical pairs react differently, depending on how the molecules to which they belong are oriented in relation to the surrounding magnetic field. Perhaps these effects give rise to a signaling cascade that eventually triggers the firing of a nerve. At that point, the animal may become aware of the magnetic field. Since cryptochromes are present in the eyes of birds, some scientists think birds may actually see Earth’s magnetic field—a bit like a pilot’s head-up display.

In the meantime, another theory remains on the table—perhaps electromagnetic induction is involved. This principle is employed by some fish to help detect their prey, and it might conceivably underlie the magnetic sense in land animals, including birds.

One thing is certain; A lot of scientists are working very hard to find the answers to all these fascinating questions.

David Barrie, a Fellow of the Royal Institute of Navigation, served in the British Diplomatic Service and Cabinet Office before becoming an author and champion of the arts in the UK. This excerpt was adapted from his latest book, Supernavigators: Exploring the Wonders of How Animals Find Their Way, © David Barrie, 2019. Reprinted by permission of the publisher, The Experiment.