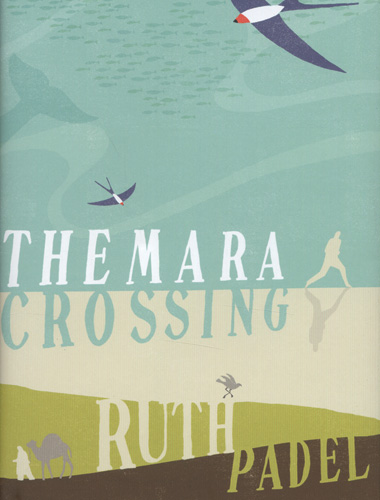 Living organisms are in motion all the time. Cells migrate in bodies; bird migration is the constant heartbeat of the planet; displaced migrants stream across the globe in search of new homes. In my new book, The Mara Crossing—named after Kenya’s Mara River, the last obstacle surmounted by wildebeest after their annual 3-month trek north for new grass—I explore parallel migrations in microbiology, animal behavior, and human history. Ever since the first self-replicating cells arrived on Earth (coming maybe from deep in the sea or from outer space, or called into being by biochemical accident), life spread in that first form of migration, permanent dispersal.

When organisms arrive in new environments they are transformed by them; but more importantly they also transform them. When the first cells of blue-green algae dispersed, they oxygenated Earth’s atmosphere, enabling the evolution and dispersal of more...

But meanwhile, following the same principle of constant movement, cells were simultaneously moving within these new life-forms. In living bodies atoms move in molecules, molecules transit through cells, and cells migrate through tissue, pushing forward protrusions and tucking their trailing ends behind them. Cells in our bodies normally migrate for two reasons: to create new life, aiding embryonic development, or to repair and defend the organism. Cell migration is the basis of active immunity. Guided by chemicals they detect in their environment, immune cells gather at sites of infection to do battle.

At the macro level, larger life-forms are also continually on the move. As the tilted globe rotates, temperatures drop in different places and food vanishes. Hundreds of life-forms react to seasonal change by migrating, in order to feed, survive, and reproduce.

All good systems, however, can go wrong. Four billion years ago, some genes began to spread by tricking other genes into helping them replicate. Parasites and viruses replicate their own DNA by hijacking the machinery of their hosts’ cells. So diseases travelled with their hosts. Malaria migrated with us out of Africa. Plasmodium parasites, the microbes that cause malaria, behave like computer hackers—always ahead of the game, always changing, developing resistance to chemicals we throw at them. As Charles Darwin pointed out, nature’s forms do not demonstrate benevolence, divine or otherwise.

Within a single organism, cellular migration can create similar mayhem. Migrating cells cause developmental disorders like cardiovascular disease, and above all they characterize metastatic cancer. Like other life-forms, cells that have turned cancerous aim to survive, protect themselves, and reproduce. And so they migrate. They move in the same way as other cells, pushing forward their leading edge, travelling away from primary tumors to invade normal tissue.

Recent research has discovered that cancerous cells prepare for metastatic travel by gathering proteins near their leading edges. This strategy is interestingly parallel to that of songbirds, which suddenly step up their feeding before migration and in a few weeks double their weight. Cancerous cells also engage a “chaperone” protein to help them move what they need to their front edge, and this too is oddly similar to the pre-journey biochemical boost that insect-eating songbirds give themselves by switching to a diet of fruits rich in antioxidants.

“Migrate” comes from Latin migrare, “to move from one place to another.” It is related etymologically to Greek ameibein, “to change,” and English “mutable.” This new research may discover ways to prevent the movement of tumor cells by stopping them from gathering the proteins they apparently need to travel. The more we study ways in which different biological entities organize their oddly similar journeys—whether macro or micro, cellular, ornithological, or human—the more insight we have into the restlessness of all life: how life needs, perpetually, not only to move but to change.

Ruth Padel is an award-winning British poet and writer. She is Fellow of the Royal Society of Literature, a Fellow and Council Member of the Zoological Society of London, and a great-great-granddaughter of Charles Darwin. Read an excerpt from her new book The Mara Crossing.