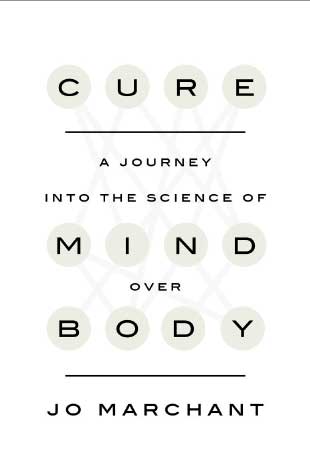 CROWN, JANUARY 2016There are few questions as divisive in biomedical research as whether our thoughts can heal us. For skeptics, the very idea conjures visions of quacks peddling dodgy cures to desperate patients. Within the framework of conventional medicine, personal beliefs are a distraction, and drugs and other interventions are tested in rigorous clinical trials. Appointment times are kept to a minimum, and patients typically visit physicians looking for prescriptions, not reassuring chats. Surgeons certainly aren’t expected to inquire about their patients’ state of mind.

At the other extreme, alternative therapists (and presumably many of the millions of people who pay for their treatments) believe physical health is intimately entwined with one’s mental state. Most reject evidence-based treatments in favor of long, one-on-one consultations and insist that the mind’s healing power can’t be captured in impersonal trials. Western researchers and physicians are misguided, they say, for focusing...

It can be hard to see any middle ground, but does the choice have to be so polarizing? In writing Cure: A Journey into the Science of Mind over Body, I visited researchers around the world who are investigating the role of the mind in health, and I concluded that both sides of the argument have got it wrong.

I started with the placebo effect, where someone feels better after receiving a treatment that contains no active ingredient. It’s traditionally dismissed as a delusion, but neuroscientists are discovering that taking a placebo can trigger physical changes in the brain just like those caused by drugs. These changes are dependent on individual attitudes and beliefs and can be surprisingly effective, particularly for relieving chronic conditions such as pain and depression, where trials show that placebos work almost as well as the most effective drugs.

The human aspects of medical care also have potent therapeutic effects. One study of 262 people found that sham acupuncture delivered by a polite but cold practitioner relieved symptoms in 44 percent of patients with irritable bowel syndrome; if the practitioner, delivering an identical treatment, was warm and empathic, that figure jumped to 62 percent. Another trial of 24 patients with acid reflux disease found no difference between placebo and an over-the-counter homeopathic supplement, but those given a 42-minute consultation improved significantly more than those who received a standard 18-minute appointment.

The role of the mind may go beyond improving how patients feel. Molecular studies show that a person’s worldview reaches deep into their cells: social adversity boosts expression of inflammation-related genes, for example, while stress speeds cellular aging by eroding telomeres. More research is needed to work out exactly how such changes influence health, but clinical trials are finding that factors such as mood and social support can be crucial for physiological outcomes.

For example, a 2012 meta-analysis of trials involving more than 15,000 women in 16 countries found that those who received continuous one-on-one care during childbirth were significantly less likely to need an instrumental delivery or caesarean section—making this one of the only interventions known to reduce the risk of surgery during childbirth.

Meanwhile, a trial reported late last year found that patients’ mood before laparoscopic procedures for vascular and kidney interventions influenced outcomes; those who felt guilty, nervous, or irritable suffered more adverse events—such as a prolonged lack of oxygen, dangerously slow heart rate, or postoperative bleeding—than those who felt neutral or positive. A series of previous trials found that talking to patients in a more empathic way during similar surgeries and encouraging them to use relaxation techniques such as visualization dramatically reduced the risk of these complications.

And in 2010, a randomized controlled trial of patients with terminal lung cancer found that those offered palliative-care sessions (in which they discussed personal issues, such as how they wished to die) were less depressed, suffered less from physical symptoms, and lived longer.

We will always need rigorous trials and physical treatments in medicine. But to best serve patients, we should also seriously investigate how we might harness the healing potential of their minds.

Jo Marchant earned a PhD in genetics and medical microbiology and has written for a variety of magazines, newspapers, and websites. Read an excerpt of Cure.