Michael P. Branch is Foundation Professor and Professor of Literature and Environment at the University of Nevada, Reno.

Most of us have likely seen them somewhere: those cute but strange taxidermy mounts of a jackrabbit unaccountably sporting a handsome pair of horns or antlers. Or, you may have seen the image of this whimsical horned bunny on a postcard, keychain, shot glass, or another of the innumerable items of kitsch it has inspired. This is the fabled jackalope, an imagined creature that is iconic in the folklore and popular culture of the American West. 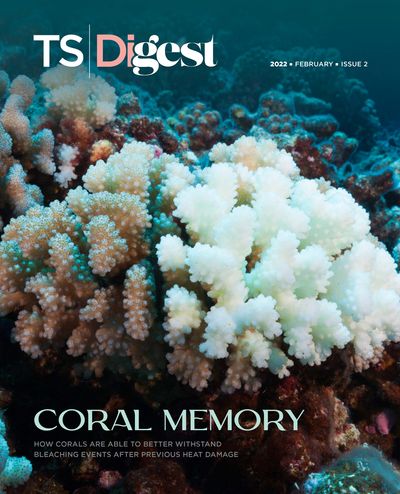 The first jackalope hoax mount was created during the Great Depression by Douglas and Ralph Herrick, two young brothers who lived on a homestead outside the small town of Douglas, Wyoming. The Herrick boys sold that first horned rabbit for $10 to a local entrepreneur, who displayed it above the bar of his hotel in Douglas, where it became the talk of the town. The Herricks, who were just having a little fun practicing their rudimentary taxidermy skills, could not have dreamed that their hybrid bunny would go on to become the most famous and beloved taxidermy hoax in the world.

In The New York Times obituary for Douglas, who died on January 6, 2003, Ralph claimed that he and his brother had fabricated that now-legendary first jackalope in 1932. According to Ralph’s version of the jackalope origin story, they came home from hunting and tossed a dead jackrabbit onto the floor of their shop, where it happened to slide up against a pair of deer antlers. In that moment, the hybrid animal came to life in Douglas’s imagination, and he exclaimed, “Let’s mount that thing!”

That the study of these actual horned rabbits led to an anti-cancer vaccine that has saved millions of lives may be even more fantastic than the mythical jackalope itself.

The Herrick brothers are not the sole inventors of the jackalope-like creature, however. Research for my book On the Trail of the Jackalope led me to horned rabbits in the folklore of cultures around the globe. Indigenous peoples in North America, Africa, and Asia have long told mythic tales of horned hares, and even some Buddhist sutras mention horned rabbits—as does a cosmography prominent in the 13th-century Islamic world. In my book, I document the wide range of jackalope predecessors, including kauyumaris, wampfundlas, dilldapps, wolpertingers, and raurakls.

The horned hare was also an enduring source of fascination for early naturalists. From the 16th through the 19th centuries, horned rabbits appeared in the text and illustrations of natural histories produced across Europe, and for more than 200 years the horned hare was taxonomized as Lepus cornutus, which was thought to be a distinct species. It is probable that the horned hares appearing in world folklore were inspired by actual virus-stricken rabbits that develop horn-like growths, a phenomenon discovered by virologist Richard Shope in 1932—the very same year that Douglas and Ralph sold their taxidermied jackrabbit to the local hotel owner.

Laboring alone in his laboratory at the Rockefeller Institute for Medical Research in Princeton, New Jersey (precursor of the Rockefeller University in New York), Shope was fascinated by inexplicable tumors he found growing on cottontail rabbits. Hypothesizing that the “warty rabbits” suffered from an unknown viral disease, he set out to determine what it might be. He would remove the diseased rabbits’ growths, pulverize the material into a fine paste, and suspend it in a saline solution which he would run through a centrifuge. He’d then decant the supernatant fluid and strain it through a porcelain filter so fine as to prevent bacteria from passing through. Finally, he’d inoculate healthy rabbits with the strained fluid. Within a week, lesions would begin to appear on a few rabbits, and soon all of the experimentally inoculated animals would show signs of disease, with many of the rabbits’ budding growths developing into long, black horns. A virus that would later be named Shope papillomavirus had produced the odd growths. In identifying the cause of the rabbits’ “horns,” Shope had documented the first virus-induced cancer in a mammal. The implications of his discovery would prove monumental. 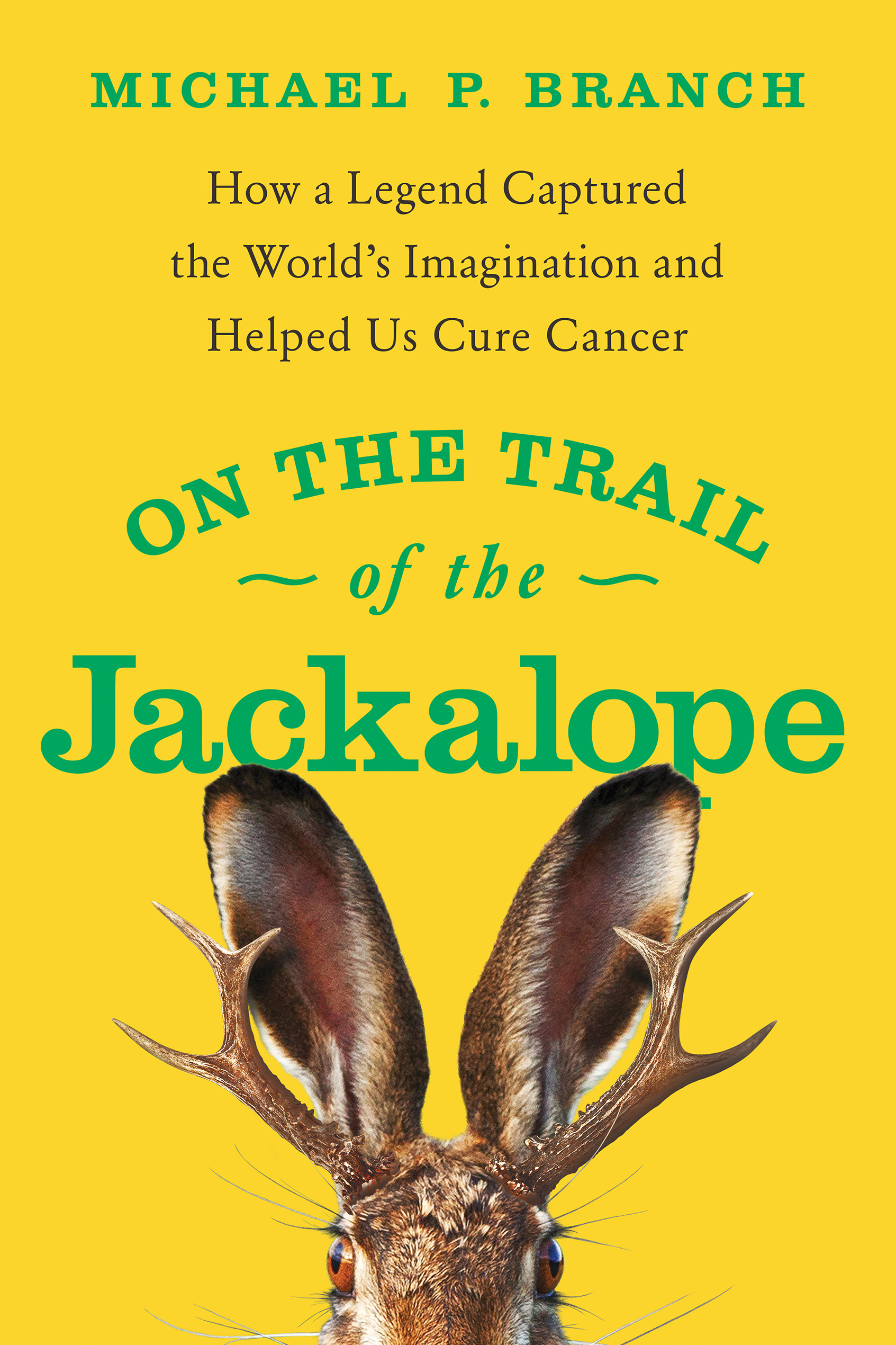 The Journal of Experimental Medicine published Shope’s groundbreaking article, “Infectious Papillomatosis of Rabbits,” in 1933. However, Shope, who was busy with a variety of promising projects, soon handed his rabbit research over to his colleague Peyton Rous. Rous went on to a distinguished career studying virus-induced mammalian cancers and won the Nobel Prize in Physiology or Medicine in 1966, just days after Shope died of metastatic pancreatic cancer.

Shope’s discovery of the virus that causes rabbits to grow horns provided epidemiologists with the first mammalian model of a virus-induced cancer, ultimately leading to advances in the development of effective antiviral cancer therapies. Rous’s own studies, developed from Shope’s rabbit papilloma work, led to other breakthroughs in cancer research. In the 1970s, German virologist Harald zur Hausen demonstrated that cervical cancer is usually caused by human papillomavirus (HPV), and in the 1980s, Isabelle Giri and her colleagues at the Pasteur Institute in Paris published the complete genomic sequence of the Shope papillomavirus, which bore a strong family resemblance to human papillomaviruses. There followed a rush to develop a vaccine to protect against HPV-caused cancers, which include cancers of the cervix, vagina, penis, anus, mouth, and throat. The HPV vaccine, first approved in 2006, is now on the World Health Organization’s Model List of Essential Medicines, a compendium of drugs so safe and effective they are considered essential to any healthcare system.

While the jackalope is undeniably an imaginary and whimsical creation, like many folkloric creatures it is very likely connected to real-world animals, just as the kraken may be linked to various species of giant squid, or the mermaids often sighted by sailors may have been manatees or dugongs. And while there is no evidence that the Herrick brothers were aware of folkloric horned rabbits, the prevalence of jackalope analogs in many world cultures suggests that encounters with virus-stricken rabbits have long occurred in the field. That the study of these actual horned rabbits led to an anti-cancer vaccine that has saved millions of lives may be even more fantastic than the mythical jackalope itself.

Michael P. Branch is Foundation Professor and Professor of Literature and Environment at the University of Nevada, Reno. Read an excerpt of On the Trail of the Jackalope.