Bethany Brookshire is a science journalist and author of Pests: How Humans Create Animal Villains.

The internet seems built for humans to consume as much cat content as quickly as possible. Cats leap cup barriers and wear adorable outfits. Social media sites abound with heartwarming stories of people hearing the plaintive wails of a bedraggled kitten in the brush or in a storm drain, and transforming the sad, skinny waif into a beautiful, playful pet. 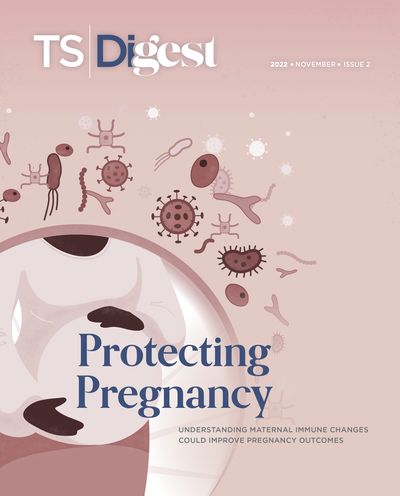 Cats—unsupervised and often unowned, either stray or fully feral—may also kill as many as 4 billion birds and 22 billion mammals every year in the lower 48 states. Many ecologists and conservationists consider cats invasive species. Harmful. Pests. In natural reserves and on islands, invasive cat populations are managed with the use of traps, shotguns, and even poisoned pellets carefully implanted in their potential prey. Anything to kill the killers.

Everyone, from the most fervent cat meme lover to an ardent wildlife conservationist, can agree—the world would be better with fewer stray and feral cats. How we get there, though, reveals a major cultural divide. In my soon-to-be-published book, Pests: How Humans Create Animal Villains, I investigate why some animals annoy us so very much, while others never seem to no matter what harms they cause. It’s not a list of pests and their habits. Instead, it’s a story of people—including the scientists who study the animals we love to hate.

One of the best examples of differences in how people view animals exists in the form of the house cat (my house, for one, is a temple to two very spoiled specimens). In a 2020 study, Kirsten Leong, a social scientist at the National Oceanic and Atmospheric Administration in Honolulu, and Ashley Gramza, a conservation social scientist then with the Arkansas Game and Fish Commission, investigated cultural models people had constructed around outdoor cats. They found a divide between wildlife managers and animal welfare groups. These jobs, like any jobs, have cultural expectations that come with them—beliefs and perspectives that lend people credibility in their profession. Scientists, for example, have cultural beliefs about matters such as author order and which scientific journals are the most valuable. The beliefs are often unspoken and are learned over time as one marinates in their particular field.

Conservation scientists and wildlife managers see their jobs as protecting natural spaces and the wild species that inhabit them. Their scientific understanding, and what they have learned to value, informs how they see the world and the animals that live in it. Any animal that threatens biodiversity is considered a harmful invasive species—and that includes cats. In this conceptual framework, an outdoor cat, particularly a stray or feral one, is an invasive pest. Then there are animal welfare groups. The cultural values that pervade the animal welfare community position stray and feral cats as homeless pets. These wayward felines represent an opportunity to be an animal’s savior, and a potential source of love.

Both groups can agree that stray and feral cats are problematic. Animal welfare groups might promote a trap-neuter-return approach along with adoption or feeding and caring for outdoor colonies. Conservationists and wildlife managers, onthe other hand, might view colonies of neutered cats with horror, knowing that these cats are supplementing their cat food diet with hapless songbirds. For them, cat removal is the solution, whether via adoption, housing ferals in large enclosures, or euthanasia.

Neither of these views is wrong. But when the population of a country, city, or town fights over the designation of pet and pest, it can make it difficult to ensure there are fewer cats dining on the wildlife. If humans focus on this shared goal of fewer outdoor cats, it seems easy to achieve. In reality, though, cultural ideas and beliefs about cats—what we owe them and what they deserve—can complicate the practical solutions.

Scientists sometimes believe that pushback from the public results from a lack of information. They throw facts into what they perceive as a hole of ignorance, hoping that when they fill it, they will get the public to agree with their views. All too often they forget that disagreement isn’t always about lack of knowledge. It’s about experience, belief, and culture.

In the case of cats, conservation scientists often report the numbers of animals that cats affect, whether it’s dozens of species pushed to extinction or billions of individuals killed. They hold up these vast body counts as evidence for feline misdeeds. But these facts don’t always win arguments. They might horrify, but they might also make outdoor cat lovers defensive. Their cat, after all, would never do such a thing. On the other side, the scientist might get defensive too, asking how many birds Fluffy has brought home lately.

Coming to agreement on this and other complex conservation issues has to involve more than just fighting a war of facts. It’s about understanding attitudes and culture. Not of the cats, but of the people, both those who love them and those who want to save wildlife from them. To deal with cats, we must first understand ourselves.

Bethany Brookshire is a science journalist and author of Pests: How Humans Create Animal Villains. Read an excerpt of Pests.