Scan the aisles of any bookstore and you will find a multitude of diet books, from general “healthy eating” cookbooks to specific or clinical how-to books focusing on various dietary regimens, such as gluten-free and ketogenic. If one were to read them all, it would be very confusing indeed. Some forbid fats, while others warn against carbohydrates and sugars; some encourage a narrow range of particular foods, while others specifically ban certain items. In a year or two, these books will be available at your local thrift shop, priced at $1 each. That’s because, like the diet recommendations that came before them, many of these diet guidelines will soon be abandoned, either because they don’t work or because they have been replaced by the next popular food regimen. 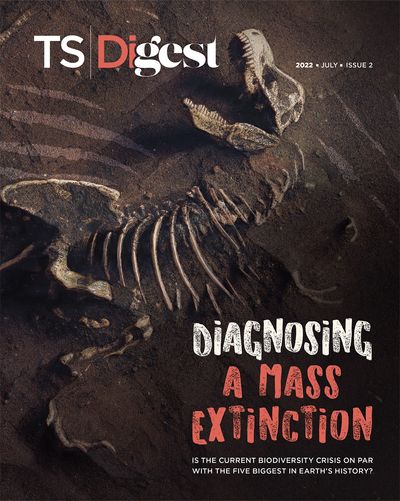 In Anxious Eaters: Why We Fall for Fad Diets, I and my coauthor Kima Cargill examine fad diets from the perspectives of anthropology, psychology, and nutrition to understand why they are popular, why they often fail, and why they are replaced by the next diet du jour. While most analyses of diets focus on the content of the diet and how it affects the physical body, we wanted to understand the social context of diets. Diets do not become socially salient in a vacuum; diets, bodily practices, and nutritional belief systems are crafted by cultural narratives. They are almost always of their time and place and are rational when examined within a cultural system.

As one example, the paleo diet has cycled through many cultural tropes to reach its current ideological state—for an ideology is exactly what it has become. Paleo started in the 1930s with a belief that ancient or tribal diets could restore health with whole, natural foods ideally suited to the biological body. From the 1960s through the 1990s, academic data on ancient and modern hunter-gatherer diets further emphasized the traditional reliance on whole foods with meat as a source of protein and few processed foods consumed. In recent decades, the diet has morphed into a cultural power-house: the earlier meat-centric, low-carb, high-fat Atkins diet adopted paleo principles and then lent credence to the keto fad. The emphasis on whole and natural foods overlaps with “clean” and gluten-free diets, supports the Whole30 fad, and even validates beliefs about so-called food addiction, because targeted, disallowed foods are labeled dangerous and addictive. The paleo concept remains popular because it easily shifts into and supports other diet fads. Because so many of these principles overlap, it’s now possible to buy cookbooks that promise to fulfill the entire roster of dietary goals: clean, keto, paleo, Whole30, “easy,” and “family friendly.”

Paleo is also popular because the cultural meanings attached to “going paleo” signify social status, identity, and wellness. Many people believe that evolutionary nutrition promises optimal health, but it’s difficult to reconstruct ancient diets because of the incomplete nature of the archeological record and because much of humans’ diverse omnivorous diet does not fossilize. The practice of paleo encourages women and families to adopt the diet to ensure healthier children, so paleo becomes a part of good parenting and a form of virtue signaling. Moreover, because the paleo diet is expensive, it also allows the well-off to enjoy a favored diet while validating class barriers; it strictly forbids the processed foods, starches, sugars, and fast foods presumed to make up the diet of the poor. And likely because of the emphasis on meat eating, paleo has been adopted by body-builders and by men who belong to male-dominance, alt-right, or white supremacist groups. The mashup of paleo, keto, and meat-eating seems to appeal to aspirational men who wish to be perceived as in control, hegemonic, and virile.

In other words, the meaning of paleo now extends far beyond the idea that natural foods can heal a damaged modern body; instead, a paleo lifestyle is believed by some to transform the eater into a member of an idealized social category—a powerful male, an economically successful citizen, or a good parent. The diet rationale has shifted from biological to cultural, and at each node of social performance, the diet meets psychological needs.

When examined together, it’s clear that fad diets really aren’t about the food, but they do signal group belonging and self-identity— two qualities central to the psychological health of most humans.

Each of the fad diets we examine in Anxious Eaters addresses socially important goals. They provide an identity, because what we eat serves as a symbol to others about who we are and who we wish to be. Fad diets provide status because they rely on performance of a perfected self and often require expensive ingredients that signify wealth. Adopting these diets provides a sense of bodily purity by consuming supposedly healthy foods and avoiding those considered to be bad. And it demonstrates a capacity for self-control, a value much esteemed in American culture. Because of this control, fad diets promise transformation into the identity one desires, the body one values, and the lifestyle one aspires to. Finally, most of these diets retain legitimacy by convergence—their precepts are similar, so once you’ve tried one, you’re primed for the next. Paleo encourages belief in keto, gluten-free, and clean diets. When examined together, it’s clear that fad diets really aren’t about the food, but they do signal group belonging and self-identity—two qualities central to the psychological health of most humans. And because they fulfill social (if not nutritional) goals, fad diets make cultural sense.

Janet Chrzan is an adjunct assistant professor of nutritional anthropology at the University of Pennsylvania. Read an excerpt from Anxious Eaters.

This article was featured in July 2022, Issue 2 of the digest

Is the current biodiversity crisis on par with the five biggest in Earth's history?