You might think that lungs arose when ancient fish evolved to live on land and that feathers came about as the reptilian ancestors of birds took flight. You would not be alone. But you would be entirely wrong. These remarkable adaptations evolved long before the functions for which they are now well known. And they are not exceptions; they illustrate general principles behind many of life’s great revolutions, ones that apply to the origins of organs, tissues, and even DNA.

I explore these principles and how they’ve functioned over billions of years of evolution in my latest book, Some Assembly Required.

Consider vertebrates’ transition from life in water to life on land, a shift that happened more than 370 million years ago. For the descendants of fish to adapt to their new terrestrial lifestyle, virtually every anatomical feature had to change. Life on land requires limbs with numerous joints, a breathing apparatus that doesn’t accumulate carbon dioxide in air as gills do, and feeding structures that do not depend on generating a huge vacuum, something that is effective underwater but nearly useless elsewhere. 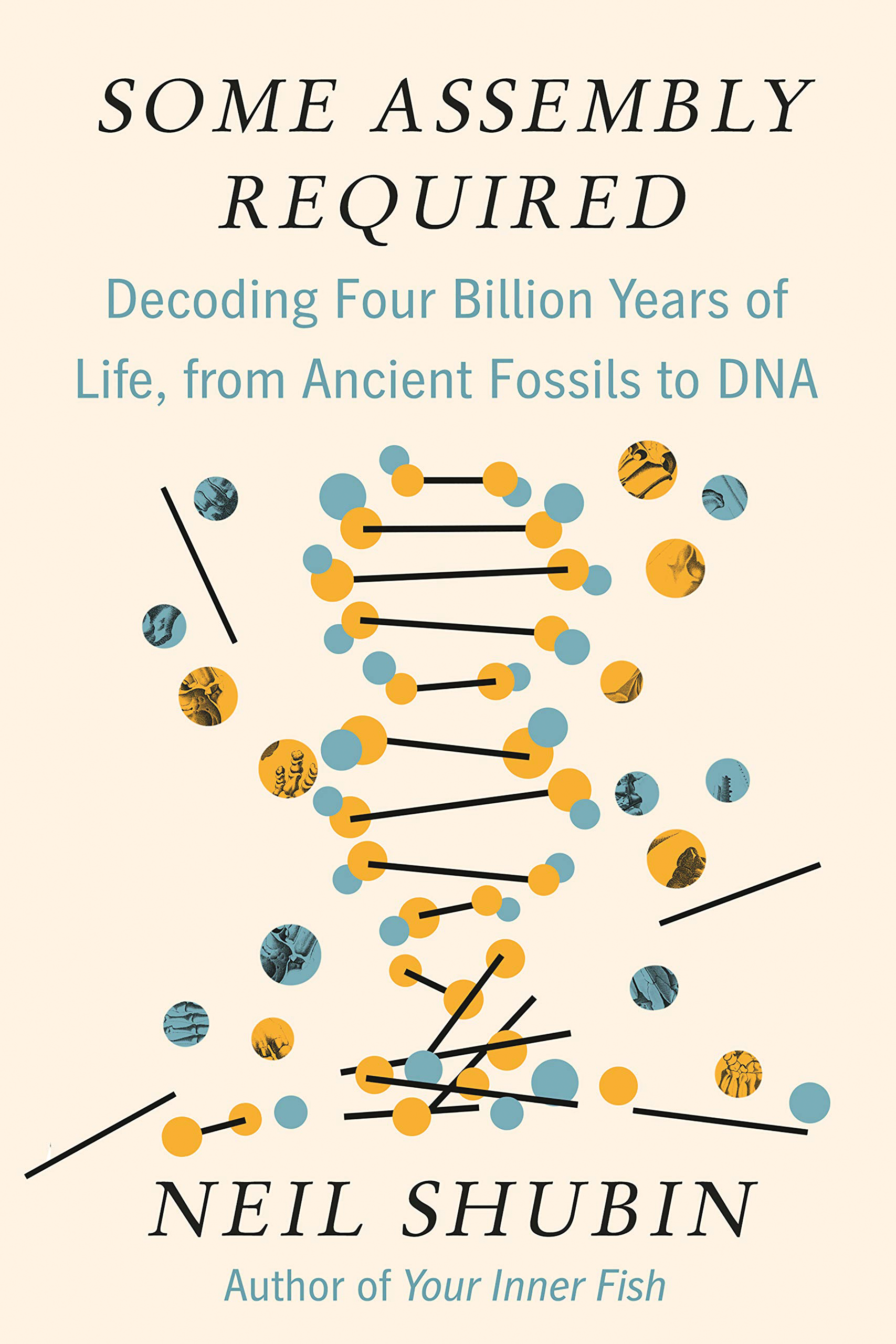 Because the list of features that are involved in this evolutionary shift seems prohibitively long, at first glance such a transition from life in water to life on land would appear impossible. The same is true for other great transitions. Flight, for example, requires hollow bones, feathers, wings, and more. If creatures had to evolve numerous traits simultaneously to make these great revolutions, it seems likely that evolution would have stopped dead in its tracks several times throughout life’s history.

Indeed, this very point was one of the most powerful critiques of Charles Darwin’s original evolutionary models after his publication of On the Origin of Species in 1859. In response, Darwin proposed that the great revolutions in the history of life don’t involve the development of completely new features, but rather the repurposing of existing features for new uses. Lungs, as he knew, first arose in fish living in water. Many species of fish have lungs that they use to breathe air when the oxygen content of water drops below a critical threshold. Moreover, most fish species have an air sac that lies adjacent to the esophagus. In some, the sac helps keep the animal neutrally buoyant; in others, it is vascularized and serves as a lung for gas exchange. We now know that lungs preexisted vertebrates’ invasion of land by millions of years.

The fossil record also contains fish species such as Tiktaalik roseae, the fishapod, and other extinct fishes dating to more than 360 million years ago that have arm bones with shoulders, elbows, wrists, and stubs of bone that approximate fingers. Tiktaalik even had a neck, something that the majority of fish species, extant or extinct, lack. All of these features were present in creatures that were primarily aquatic, enabling them to move about, breathe, and feed in water. Fish didn’t have to evolve new features to invade land. They just had to use existing features in new ways.

This repurposing, co-opting, duplicating, and modifying of ancient features for new uses seems to apply as much to genes and entire gene networks as it does to anatomical features and fossils. Genomic, computational, and imaging technologies have given us a new and powerful lens with which to view evolution. The more we look, the more we find that the origin of new organs comes about by co-opting genes and developmental processes that originally served another purpose in the body. Genes that are involved in the development of the body axis were redeployed during the origin of appendages and limbs, for example. And the gene networks at work during the formation of the dorsal fins of fish were later used to make fins elsewhere on the body.

Evolution is like a lazy baker who modifies versions of the same recipe to make a diverse selection of pastries and breads. Fossils, genes, and embryos reveal the deep and surprising connections among all living things and show how simple shifts can launch entire revolutions that change the world.

Neil Shubin is the Robert R. Bensley Professor of Organismal Biology and Anatomy at the University of Chicago. Read an excerpt from Some Assembly Required at the-scientist.com.