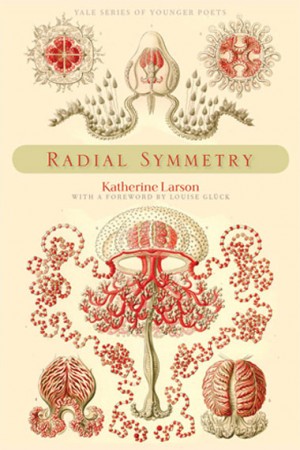 It’s 2 a.m., and I’m alone in the laboratory doing cell culture work. It’s the second time tonight that I’ve been up: I have to dose my lung cancer cells with a novel chemotherapeutic drug according to a strict timeline. As I’m peering into the flasks with a microscope, the tiny red cells remind me of the seeds spilling out of the split-open pomegranates I had been raking in my yard earlier that day. In the quietness, there’s something tugging at my mind, a sense of the strangeness of immortal cell lines, the stark light of the laminar flow hood, and the searing, almost clarifying burn from the Tucson summer sun that has sensitized my skin. When I’m done with the work, I can’t sleep, so I start to write. The poem “Solarium” had its genesis in that sleepless night.

I’ve spent the last ten years conducting research mostly in the area of molecular biology—studying the community and ecosystem genetics of cottonwood trees, pediatric genetic diseases, signal-transduction pathways in lung cancer, and the regulation and phosphorylation of MAK-related kinases. I’ve also worked as a field ecologist studying the feeding patterns of gray whales off the Canadian coast and done coastal conservation and sustainable fisheries work in Sonora, Mexico. Being immersed in biological research has taught me to respect life and its seemingly infinite complexities, those invisible processes and currents at work around and within us, some of them at the edge of—or even beyond—our ability to perceive them. While living at a field station next to the Sea of Cortez I became inspired by the bioluminescence of dinoflagellates, the convergent evolution of the human and octopus eye, the sonographic acoustics of dolphin skulls. I’d write at night in the wet lab when the station was deserted, baby hammerheads and pygmy octopuses staring out from specimen jars, the sea outside sonorous and insistent.

Science and poetry are fueled by curiosity, and both depend on investigation and experimentation. But they also depend on imagination. When disparate elements are thrown into relation, as they are in a poem, there is a tension that occurs: the mind is forced to make connections, to follow its sometimes wild leaps through the inner terrain of consciousness. In Radial Symmetry, a reader will find, paired within individual poems, Euclid’s Elements and the purple gonads of moon jellyfish, ancient Egyptian burial rites and aquatic entomology, the Curies’ laboratory and Cajun love potions.

The associative logic of poetry enables a disruption of mental habits that have become routine or repetitious, allowing surprising connections to be made. This disruption can fuel original thought, sometimes resulting in scientific or aesthetic insights. Cultivation of a certain flexibility in thought processes through the kind of non sequitur, juxtaposition, or synaethesia that occurs in poetry has allowed me to defamiliarize the familiar, to see the world—or particular scientific problem—anew. Whether dosing lung cancer cells or dissecting the branchial heart of a squid, working at the edge of knowledge requires equal measures of perception and imagination, science and art; a balance I hope can be found in the hybrid explorations of Radial Symmetry.