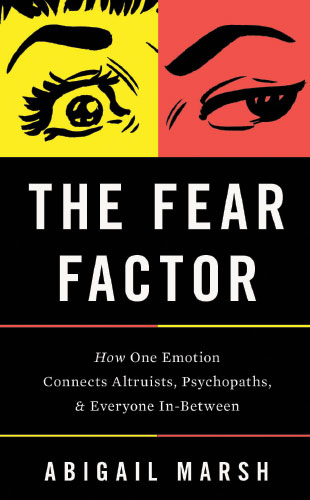 BASIC BOOKS, October 2017Wouldn’t a life without fear be lovely?

It might seem that way. Intense fear not only feels exceedingly unpleasant, it can, in its extreme forms, disrupt life. The one in five American adults who are affected by anxiety disorders such as phobias and posttraumatic stress disorder might feel that ridding themselves of fear entirely would be a blessing.

But there is something much worse than too much fear—too little of it. For fear is an emotion with deep and vital benefits, not only for the people experiencing it, but for those around them.

Fear’s most obvious advantage is that it motivates escape in the face of danger—or the avoidance of danger in the first place. Without fear, basic urges for self-preservation evaporate.

Neuroscientists have learned this from studying people in whom injury or disease has damaged the amygdala, a critical hub of the...

Fear carries less obvious but no less significant social benefits as well, such as the ability to empathize with others’ fear. This is because interpreting others’ emotions involves the same machinery used to experience those emotions. The sight of another person’s fear—the wide eyes and raised and contorted brows of a fearful facial expression, for example—normally sparks activation in the amygdala and other brain structures that together may enable the viewer to internally simulate that state. As my lab’s research has demonstrated, the ability to empathize with others’ fear may motivate altruism, including extraordinary acts such as donating a kidney to a stranger. By contrast, not only are SM and others like her unable to experience fear normally, they also have difficulty understanding others’ fear. Without functioning amygdalas, they are reliably stumped when asked to interpret the meaning of even a clearly frightened-looking face. In this sense, they can be said to lack a fundamental form of empathy.

A similar problem seems to lie at the heart of a psychological disorder characterized by catastrophic empathy deficits: psychopathy. People with psychopathic traits are set apart even from other aggressive or antisocial people by their lack of remorse, compassion, and empathy. A critical clue to the cause of these traits has emerged from behavioral research: psychopaths—just like SM—have significant and specific impairments in recognizing fear in others, which brain imaging studies reveal are underpinned by amygdala dysfunction. Findings from my laboratory show that the weak amygdala response to others’ fear consistently observed in psychopathic adolescents and adults may serve as a biomarker of sorts for the kinds of goal-directed, cold-hearted aggression for which psychopaths are notorious. These findings suggest that amygdala dysfunction leaves such people struggling to recognize when others are afraid—and keeps them from really even understanding what being afraid feels like. This impairment leaves them unmoved by the prospect of threatening or hurting people, or engaging in other behaviors that cause fear.

It seems that Franklin Delano Roosevelt was wrong, then, when he said, “The only thing we have to fear is fear itself.” Deployed appropriately, fear can be a vital tool and guide in both the physical world and the social one.

What we need really to fear is those who lack this guide entirely.

Abigail Marsh is an associate professor of psychology and neuroscience at Georgetown University. She directs its prize-winning Laboratory on Social and Affective Neuroscience. Read an excerpt of  The Fear Factor: How One Emotion Connects Altruists, Psychopaths, and Everyone In-Between at the-scientist.com.