A new book traces the surprisingly short history of the environment as a shared conceptual construct. 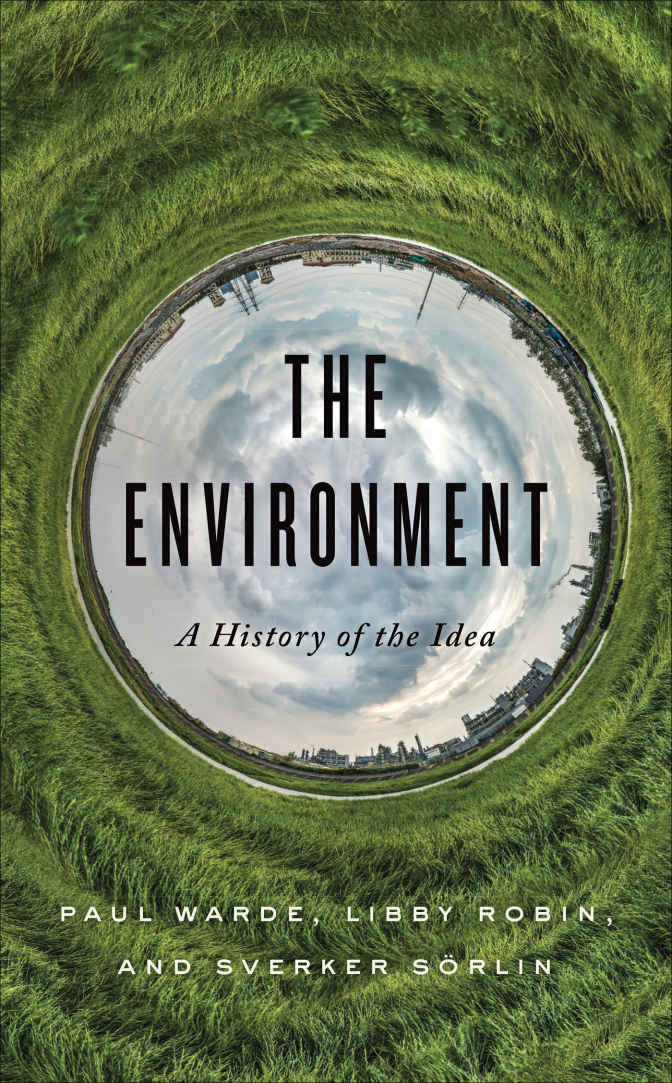 Several comprehensive, international reports released in 2018 confirmed the precarious state of the environment. In October, the Intergovernmental Panel on Climate Change warned that Earth is headed toward a global air temperature increase that will reach 2 °C sometime after mid-century, unless drastic CO2 reductions start immediately. And according to last year’s Living Planet Report from the World Wildlife Fund, vertebrate populations around the globe shrank by 60 percent between 1970 and 2014, with South and Central America suffering an even more dramatic 89 percent decline.

Nowadays, we understand these types of concerns as “environmental.” Yet this is not how the public viewed such facts in the past, even within the lifetimes of many alive today. Our predecessors did have an impact on nature, and they knew about it. But they lacked a galvanizing idea that could draw...

Our recently published book, The Environment: A History of the Idea, explores the surprisingly brief evolution of this conceptual construct.

The concept of the environment is everywhere, but where did it come from? The question seemed so obvious that when we—three historians—started pondering it, we found it strange that nobody had written its history. We had expected to find a long record back to antiquity. Instead, we were surprised to find a recent and rapid transformation.

Few words have had a more remarkable career in our contemporary world: born in alarmist pamphlets, matured in scientific inquiries and emerging environmental activism, and catapulted into global stardom with the United Nations’ “Only One Earth” Conference on the Human Environment in 1972 in Stockholm, Sweden. “The environment” now connects diplomatic negotiations on climate with wildfires in California and climate refugees crossing vast distances.

The environment’s global story starts in 1948, amid postwar reconstruction and the fear of humans’ capacity for almost limitless destruction. It was at this time that a new narrative about the effect of people’s behavior emerged. Writers began to identify a common process of degradation that was eroding soils, pillaging resources, and disrupting ecosystems across the planet. “The environment” was at risk, and humans were the cause. This reversed the usage of the term “environment” that had prevailed for the previous 70 years: the evolutionary idea that a species’ or individual’s environment could explain its characteristics. Rather than slowly shaping differences, the environment became a single entity that was being rapidly shaped by us.

The timing of this conceptual shift was not accidental. It linked changes close to home to a new global consciousness. The state of the environment became recognized as important for the maintenance of peaceful, stable societies. Ideals of conservation and restoration of the environment shaped new global institutions, such as the United Nations Environment Program and the International Geosphere-Biosphere Program.

In creating an object of imagination and measurement, the concept of the environment allowed researchers to ask new questions about the relations between nature and humans. Is the world sick? Is the environment getting worse or better?

But the environment changes over time, and so do our ideas about what it is. This depends on who speaks for the environment. Which people can credibly express concern? Who can claim to be an expert? The pursuit of answers to such questions generated whole new fields, strongly influenced by cybernetics and computing.

The seven decades since this concept was coined have seen vastly changed—and much more complex—ideas about the environment. Writing this book in an ever more fractured and dangerous world has made us aware that “environment” is a rare word that gathers us all together into a common narrative, or fate, to use a more ominous term. It’s an idea used not just to describe the world, but to change it. Without the modern innovation of “the environment,” we might not even be aware of our dire predicament. With it, we at least know we should care.