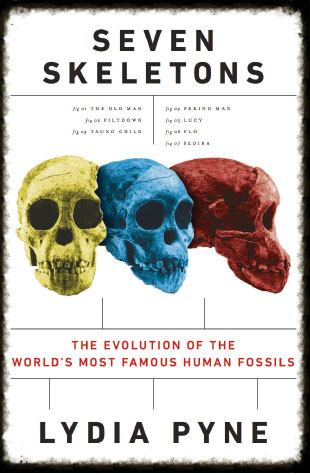 VIKING, AUGUST 2016On August 3, 1908, the first near-complete Neanderthal skeleton was discovered in a cave near the village of La Chapelle-aux-Saints in south central France, during a survey of the region’s Paleolithic archaeological sites.

For decades prior, prehistorians had collected bits and pieces of curious but not-quite-human fossils from museums and excavations alike—the odd skull here, a scrap of tooth there. In 1863, the mélange of bones was finally given its own species designation, Homo neanderthalensis. Forty-five years later, the La Chapelle discovery was the first Neanderthal specimen found in an original archaeological context and the first to be expertly excavated and carefully studied. Because the body was arranged in a flexed, fetal position and carefully placed in the floor of the cave, excavators argued that fossil—nicknamed the Old Man—had been purposefully buried by his Neanderthal contemporaries.

More than any other single individual, the Old...

Once they had excavated the fossil, the discoverers sent the Old Man remains to Marcellin Boule, an eminent expert in human evolution at the Muséum National d’Histoire Naturelle in Paris, for careful study. Boule spent two years examining the fossil, and his initial analysis of the La Chapelle Neanderthal would shape the perception of our evolutionary cousins for a hundred years—preconceptions that contemporary archaeologists and paleoanthropologists are doing their utmost to counter.

Boule concluded that Neanderthals were sad specimens of nature. He argued that the species was stooped in its posture and stunted in its culture. Boule’s conclusions quickly turned into the pop-culture caricature that we tend to associated with the Neanderthal species. The image of a hunched, cave-dwelling lout barely capable of brandishing a club quickly caught the public’s imagination in the early 20th century thanks, in no small part, to the portrayal of Neanderthals in museums and in the press. (How could a creature so primitive as a Neanderthal, the logic went, have something as complex as a culture that involved burying the dead?) It was no wonder, Boule’s work implied, that the species went extinct, especially compared with the superior Homo sapiens.

The conclusions Boule drew from his analysis of the La Chapelle skeleton couldn’t have been more wrong.

Today, we’re rather used to the idea that Neanderthals had a vibrant culture, but science and society’s acceptance of each new piece of the Neanderthal story is an uphill battle, thanks to the Old Man’s early days in the public’s eye. We now have archaeological evidence that Neanderthals built structures; that they had sophisticated hunting strategies, fire-starting technologies, and art; and, of course, that they buried their dead. Analyses of Neanderthal DNA show us more and more similarities between ourselves and Neanderthals, with every indication that modern humans and Neanderthals interbred in their evolutionary history. Every “human” behavior we can claim to separate ourselves from our Pleistocene relatives, we eventually find in Neanderthals, blurring the line between human and not.

Decades of researchers have studied the Old Man since Boule’s original analysis. Every new iteration of the Neanderthal’s story humanizes him, turning the fossil from a dim troglodyte into a dignified paleo patriarch. The more we study the Old Man, the more the differences between our species melt away.

Lydia Pyne is a writer and research fellow in the Institute for Historical Studies at the University of Texas at Austin. Read an excerpt from Seven Skeletons.