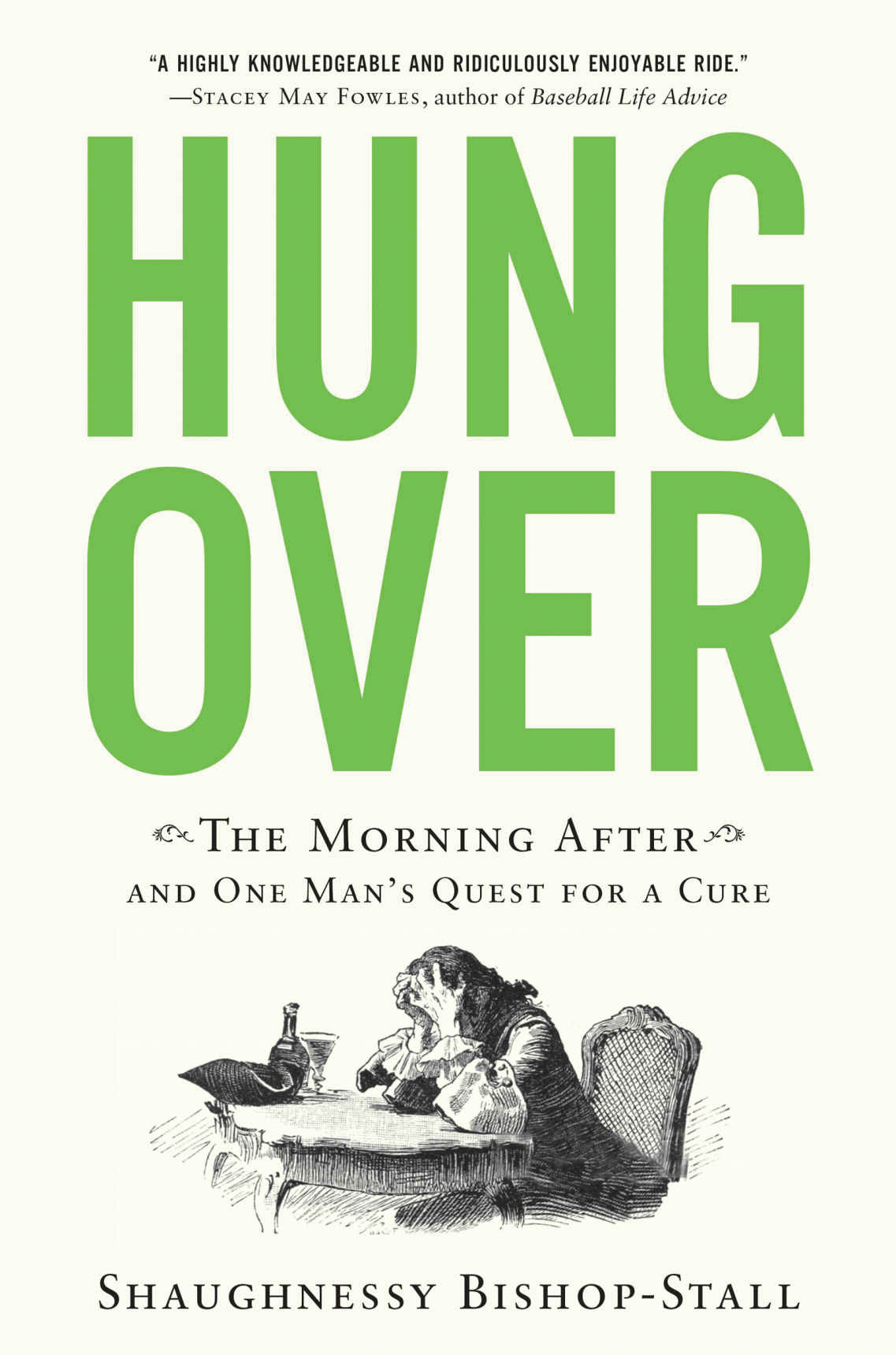 When I was asked to write about the most “sciency” parts of my new book, Hungover: The Morning After and One Man’s Quest for a Cure, step one was admitting that my expertise in the matter lies more in the experience of being a drinker than in any credentials as a scientist.

That said, after all my time studying this strange malady to write the book, the surest thing I know is how little we know about hangovers. The disorder has plagued us for most of human history—altering the outcomes of wars, weddings, the World Series, etc.—and still science has learned almost nothing about it. Certainly there have been no state-sponsored attempts to address the hangover as a legitimate medical condition, the usual explanation being that it is an illness for which you have only yourself to blame....

Even these days, those who do study hangovers for a living (and there really aren’t that many), fall generally into two camps: 1) entrepreneurs focused on finding and bottling a “cure,” with only a cursory interest in what hangovers are, how they work, and why they might exist; and 2) medical researchers unwilling to even contemplate the efficacy of a remedy until they’ve elucidated the mysterious pathology and mechanisms of being hungover.

In my experience, these two groups purposefully ignore each other, until suddenly a few collaborate (under the guidance of some whiz-bang marketing team), and then the result is typically confusing, short-lived, and commercially unsuccessful.

Coming from neither of these groups, I recorded observations, theories, and discoveries over nearly a decade of studying hangovers. Here are just a few I collected:

Hangovers aren’t really about dehydration. If that were the case, you could simply drink a lot of water and be on the mend. Sure, booze is a diuretic, but even more important is the inflammation—so pervasive in every cell of the besotted body that, among many other issues, your organs are too rigid to absorb enough water anyway.

During my research I made two jumps—one into a glacial lake, and one off the tallest building west of the Mississippi—that seemed to blow a hangover right out of me. After these experiences, I discovered some studies that demonstrate how a decent dose of adrenaline can temporarily counteract the effects of alcohol. My subsequent hypothesis, that a massive dose of that hormone might reboot your system altogether, led to further experiments and misadventures, detailed in my book.

I also discovered that most classic remedies, such as soot in warm milk, pickled eggs, and boiled cabbage (though some of my experiments with them went seriously sideways), all make a certain amount of scientific sense. Both cabbage and charcoal have chelating qualities, meaning they enter your system, bind to toxic elements, and take those toxins out with them when they leave the body. Eggs, meanwhile, contain an amino acid called N-acetylcysteine, which is as close as I’ve found to a magic ingredient.

I know that doesn’t sound very “sciency,” but neither do I mean it glibly.

Alcohol, after all, is among the most mysterious, dichotomous molecules in our universe, and we’ve been trying to figure out its effect on us for as long as we’ve been ingesting it. It has been described at various times throughout history as a gift from the gods, the devil’s brew, fundamental medicine, insipid poison, darkness in a bottle, and sunshine held together by water.

Even nowadays, among all the scientific experts I’ve badgered—from David Nutt, the former British Czar of Alcohol and Drugs who says he’s almost perfected a hangoverless synthetic form of alcohol, to Vivian Nutton, an Egyptologist who’s found a prescription for hangovers he believes is the oldest in the world, to Brian Kinsman, the chemist and malt master of Glenfiddich whose signature is on more bottles of single malt scotch than anyone else’s in the world—what connects them is the unknown, and the word they come back to is “magic.”

For me, after all this time and research, the most perplexing thing is this: Humans have sent people to the moon and robots into our blood. Yet we neither understand the hangover nor agree on a cure for it. Most people don’t believe there is a cure. Neither did I, until I found it. But you’ll have to read the book for that.

Shaughnessy Bishop-Stall is an author of nonfiction and fiction books who also teaches writing at the University of Toronto’s School of Continuing Studies.