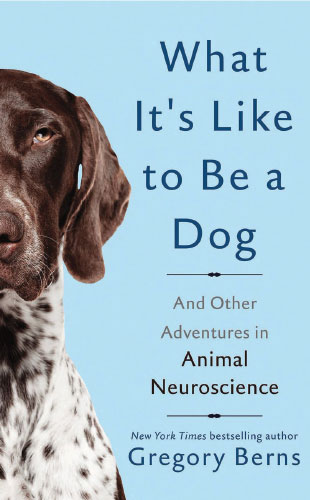 BASIC BOOKS, SEPTEMBER 2017Earlier this year, there was a flurry of excitement in Queensland, Australia, over the renewed search for the iconic Tasmanian tiger—a.k.a. thylacine. Never mind that the last documented thylacine died in the Hobart Zoo in 1936, and that the animal was declared extinct 50 years later in accordance with international conservation standards. Sightings of the Tassie tiger have continued with regularity not only in Tasmania, but also on the mainland, where they haven’t lived for 4,000 years. And yet, a tiger was reported at the northernmost tip of the Cape York Peninsula this year, spurring an army of camera trappers into action to prove they’re still out there.

Clearly the dog-like appearance of the marsupial thylacine is a case of convergent evolution, but it made me wonder: If thylacines looked like dogs, did they think and behave like dogs do, too? Alas, the animal’s...

I became obsessed with the thylacine. But rather than trying to find one hiding in the Tasmanian bush (although I did that, too), I spent two years searching for and studying the one artifact that might actually tell us what it was like to be a thylacine: its brain.

I describe this research in my latest book, What It’s Like to Be a Dog: And Other Adventures in Animal Neuroscience.

There are four known thylacine brains sitting in jars of preservative in museums around the world. One is at the Smithsonian Institution in Washington, DC, one is in the Australian Museum in Sydney, while the two others reportedly suffered severe cuts when they were extracted from their skulls a century ago. My colleagues and I performed a type of MRI scan called diffusion tensor imaging (DTI) on the two good ones to forensically reconstruct the neural pathways in these century-old specimens. By comparing the architecture of the thylacine’s brain with that of canids as well as with the brain of another living carnivorous marsupial, the Tasmanian devil, we hoped to learn something about the mental life of this iconic animal.

Despite its outward doglike appearance, the thylacine’s brain looked very different from a dog’s brain. I should know. I’ve also trained dogs to go in MRI scanners, awake and unrestrained, so that we can figure out what they’re thinking. The marsupial tiger’s brain suggested a cunning creature capable of outsmarting its prey, perhaps depending on smell even more than dogs do. It would have lacked many of the social characteristics that make dogs so endearing. The thylacine was all business and would not have made a good pet.

Like all marsupials, the thylacine did not have a corpus callosum to connect the left and right hemispheres of its brain. Those connections were instead carried in a bundle of fibers called the anterior commissure, which is relatively small in canids and other placental mammals, including humans. But the thylacine did have a frontal lobe proportionately about the same size as a dog’s and bigger than that of the Tasmanian devil. This suggests an animal with the shrewd mentality of a predator.

Although I hope some thylacines are still out there, hiding in the Tasmanian bush, the odds are against it. But there is still a lesson to be learned from their brains. Currently, the vast discipline of neuroscience has focused on a handful of species: humans, monkeys, rats, and mice, and a few fish and worms. Within the mammals alone, there are 5,000 other species. And the large ones—the megafauna—are disappearing at an alarming rate. The proximate cause is loss of habitat. By studying their brains before they’re gone, we may learn something about other animals’ mental lives and how they have evolved cognitive adaptations to live in their environmental niches. Some may have cognitive architectures that make them more adaptable to climate change, while others may need more help.

Gregory Berns is a professor of psychology at Emory University. Read an excerpt of What It’s Like to Be a Dog: And Other Adventures in Animal Neuroscience at the-scientist.com.