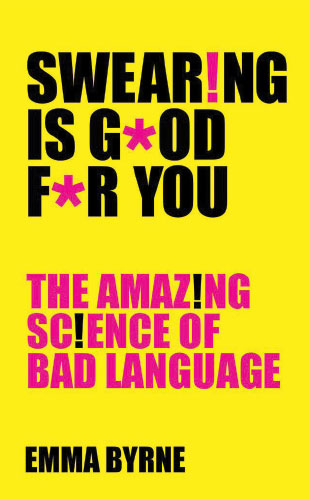 PROFILE BOOKS, NOVEMBER 2017It was pain that got me hooked on swearing.

I was working as a computational neuroscientist, based in London’s Science Museum, and I was looking for interesting experiments to demonstrate to visitors. I read about a study that needed no more than a stopwatch, a bowl of ice water, and volunteers who were willing to keep their hands submerged as long as possible in the freezing water—once while saying a neutral word, and once while swearing.

My version of the study was due to be run at a late-night event that included access to a bar, so I already knew that our results would be a curiosity at best. But in the original experiment, carried out under more-controlled (and less alcohol-soaked) conditions by Richard Stephens at Keele University in 2009, the results were nevertheless striking and similar to my own. Using a...

At that point, it was a toss-up whether I’d end up writing a book on the science of swearing or one on pain, because something about that experiment really intrigued me, and still does. As my pile of research findings on strong language steadily grew higher, I decided Swearing Is Good for You was the book I wanted to write.

While writing the chapter on pain and swearing, I realized that pain is not a purely neurological phenomenon. Sure, peripheral sensory neurons give you information about a stimulus, but the way you process that pain is as much psychologically constructed as it is neurologically formed. Our anticipation of pain, our gender roles and social expectations, even whether we’re feeling lonely or sad, all change the way we feel pain. Swearing is just one of those factors. So how does it work?

In Stephens’s experiment, he took care to rule out some purely cognitive effects. He wanted to be sure that the volunteers weren’t distracting themselves with more creativity or varied language in one trial versus the other, so he allowed them only one word on the swearing trial (such as “shit”) and one word on the neutral trial (such as “wooden”).

To try to minimize the effect of one word being more difficult to recall than the other, Stephens asked each volunteer for five words they would use if they dropped a hammer on their thumbs, and five words to describe a table. Then he took the first word on each list.

The study clearly showed that swearing affected the volunteers’ perception of pain, reducing its intensity. Stephens’s lab is now using video games, measures of people’s background levels of aggression, and different types of swearing to try to uncover why swearing is such a powerful analgesic.

Follow-up experiments suggest that “minced oaths”—those socially palatable curses we trot out when we think we might be overheard—just don’t work as well as the real thing. Intriguingly, the same is true in patients with Tourette syndrome. Using a softer form of swearing gives them much less relief from the urge to tic, like rubbing an itch instead of scratching it.

We’re still not entirely certain what it is that makes swearing an effective painkiller, but in the research for Swearing is Good for You, I discovered that it is a unique part of our language, bound up with our emotions, our communication, our sensory experiences, and our societies.

Emma Byrne researches artificial intelligence for 10x Future Technologies. Her research has been published in Science and The BMJ, among other publications. Read an excerpt of Swearing Is Good for You: The Amazing Science of Bad Language.