Recombinant adeno-associated viruses (AAVs) are ideal gene delivery vehicles that have the potential to treat a variety of diseases. Because they do not replicate without a helper virus, AAVs alone elicit low immune responses in mammalian cells. In addition, AAV vectors have high gene transfer efficiency, stable long-term expression, and they only infect specific cell types. These features make recombinant AAV the vector of choice for viral-based gene targeting strategies in both basic and clinical research settings. 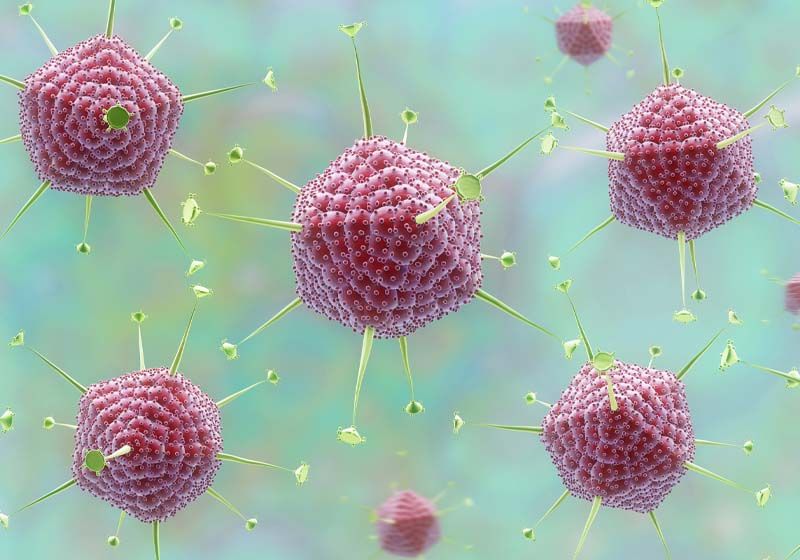 As AAV vectors became a popular viral gene delivery system, scientists developed tools and strategies to refine their production processes. While the field has come a long way, scientists still struggle to scale their experiments and consistently produce the large quantities of viral vectors required for preclinical and clinical gene therapy studies.1

The inability to properly scale viral production is in part due to the lack of a complete viral production system that contains the optimal combination of reagents for every step of the process. Therefore, scientists must experiment with many reagents to identify a combination that produces the highest viral titer for a specific AAV. Such optimization procedures are time- and labor-intensive, do not scale well, and are susceptible to batch-to-batch differences that cause sub-optimal viral titer yields.

There are various strategies to produce AAV vectors, but most follow a similar workflow that includes plasmid production, cell expansion, plasmid transfection, viral vector production, and purification. When researchers produce viral vectors for animal or human use, they must ensure that their final prep is free of immunogenic components. However, the traditional production process included co-transfecting cells with a helper virus because AAVs cannot replicate on their own. Helper viruses, such as pathogenic adenoviruses, elicit an immune response upon injection and are difficult to remove from AAV preps. To replace helper viruses, scientists developed a pHelper plasmid that, in combination with the VPC 2.0 cell line provides the adenoviral genes required for AAV replication. Using pHelper instead of an adenovirus in a helper-free AAV production strategy ensures that AAV viral preparations are safe for human use.

For helper-free AAV production, scientists transfect a cell line with three plasmids: an AAV cis-plasmid that contains a gene of interest, an AAV trans-plasmid with the virus’ rep and cap genes that are required to form an encapsulated AAV, and pHelper.1 Most scientists use HEK293 cells for AAV production because this cell line releases a significant amount of virus into the medium without cytopathic effects.2 However, roughly 160 HEK293 cell lines exist, making it difficult for researchers to select the one that best fits their needs.1 Scientists who aim to produce large amounts of virus should develop an AAV production system with a cell line that grows in suspension, as such systems are more scalable than those using adherent cells. 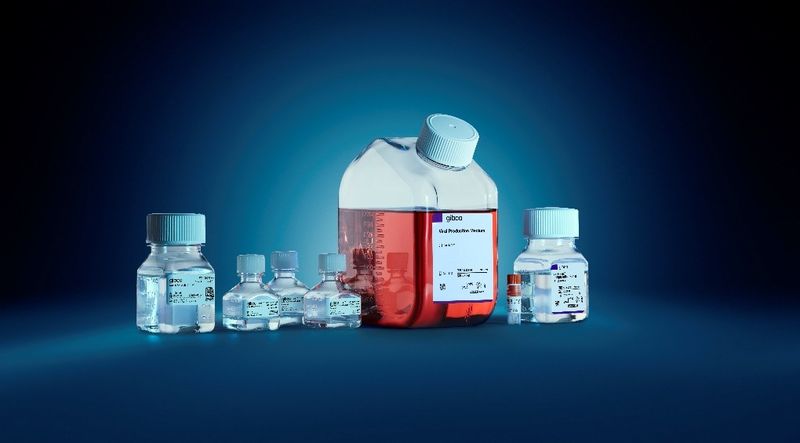 developed the Gibco™ AAV-MAX Helper-Free AAV Production System, an optimized and fully integrated suite of products designed to consistently produce high titers regardless of scale. The AAV-MAX system contains all of the reagents needed to grow and transfect high-producing cells and extract maximal AAV titers. This kit comes with Viral Production Cells 2.0, a high-producing HEK293F-derived clonal cell line that has robust passage stability and maintains its 24h doubling time over many passages. Additionally, because this cell line grows in suspension, it allows researchers to efficiently scale up AAV production. When scientists compared the efficiency of AAV-MAX vector production at four scales ranging from 30 mL to 2 L, they obtained a similarly high titer for each condition.3 Therefore, the Gibco™ AAV-MAX Helper-Free AAV Production System allows researchers to reliably scale up and accelerate viral production to produce high AAV titers.