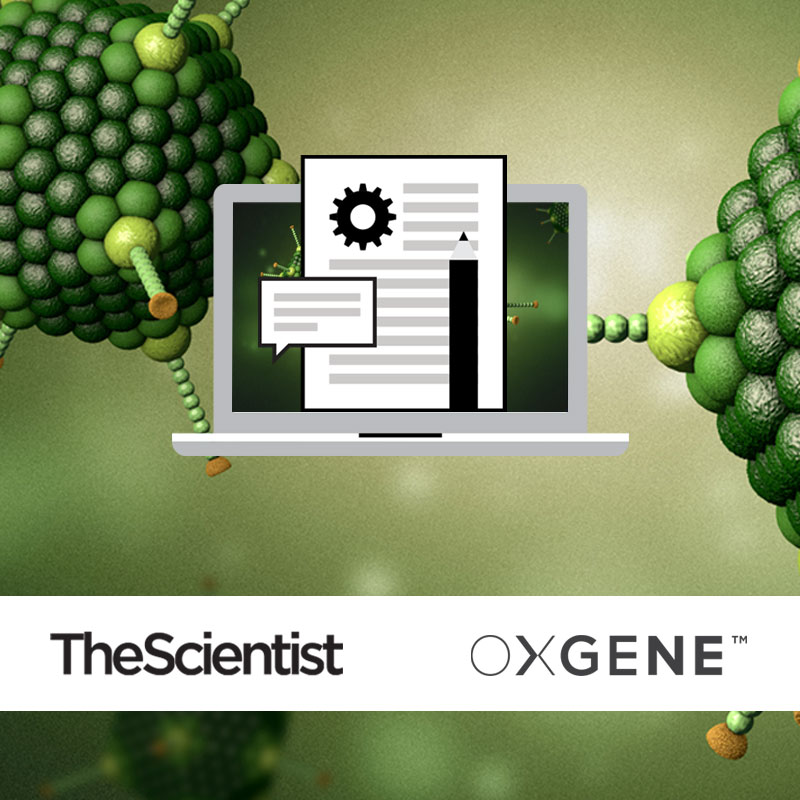 Viral vices have been center stage throughout the ongoing pandemic, but to the everyday scientist, viruses are essential tools in the research toolbox. Viruses are vectors not of disease, but of gene-edited transcripts, candidate genes, and potential therapeutics. These little vessels help in the grand scientific effort to understand the mechanisms of disease and to mitigate illness.

One such virus, the adeno-associated virus (AAV), is the secret to gene therapy success. AAVs are small viruses of no more than 5,000 kilobases. Scientists often equip AAVs with modified gene sequences and enlist their services to deliver a therapeutic gene to targeted cells. AAV is the vector of choice for gene therapy because of its low immunogenicity, favorable safety profile, and ability to infect numerous cells and tissue types. But manufacturing AAVs is no easy task.

The system works, but it’s inefficient. Cells are notoriously bad at simultaneously taking in multiple plasmids. Cells may take in one or two plasmids or no plasmids at all. This random integration leads to increased production of empty viral capsids with no genomic information. Ultimately, only a small portion of cells will receive the ideal concoction of plasmids. As such, scientists generate extremely high viral titers to achieve optimal AAV infectivity for gene therapy, which increases the likelihood of adverse immune responses.

In nature, AAVs and adenoviruses co-exist and produce significantly higher viral titers with more infectious capability. The only problem is that wildtype adenovirus replicates itself as often as it replicates AAV. Scientists and physicians avoid this approach; while it is efficient, it increases the risk of gene therapy contamination with adenovirus particles. But what if there was a way to harness the efficiency of AAV replication with wildtype adenovirus without an increased safety risk?

Preventing the production of adenovirus structural proteins allows the virus to spend more time and resources replicating AAV DNA. TESSA vectors reduce adenoviral contamination by 99.9999%. Additionally, TESSA vectors are the first to incorporate the AAV rep and cap genes into the adenoviral vector, providing everything needed for AAV replication in a single vector. Researchers can encode their gene of interest with the AAV genome in a second TESSA vector, a plasmid, or within an AAV particle. Using two TESSA vectors increases AAV serotype 2 (AAV2) yield by 40% with a 2,000-fold increase in AAV2 infectivity compared to three vector approaches. TESSA vectors streamline the laborious and inefficient process of AAV manufacturing by harnessing the natural power of nature to maximize AAV viral output and optimize safety.