Failed polymerase chain reactions (PCRs) are a common cause of frustration in the lab. While a typical PCR protocol is quite straightforward, scientists must optimize each step to amplify the intended DNA fragment.

To develop a successful PCR protocol, scientists can change a multitude of factors. First, they must 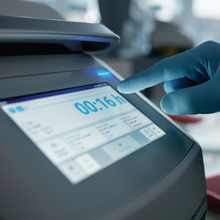 identify the ideal temperature and cycle time for primer annealing. To do this, a scientist repeats their PCR reaction multiple times to change the annealing temperature or time while keeping all other variables constant. This optimization process can be quite time-consuming, but modern thermal cyclers have incorporated a gradient technology that significantly accelerates optimization by allowing scientists to change the annealing temperature for each reaction across the width of a thermal block.

A second step that benefits from a gradient PCR is DNA denaturation. Scientists rarely consider suboptimal denaturation conditions as a cause of low PCR yields. However, while the majority of DNA completely denatures at 95 °C, complex DNA or DNA that has a high guanidine and cytosine content requires higher temperatures.1 To maximize their PCR yield, researchers should also run gradient PCRs to determine the optimal denaturing conditions for their DNA template.

Getting a PCR to work can be tedious and frustrating, especially when amplifying challenging sequences or performing mutagenesis. Scientists can waste a lot of time optimizing their PCR reactions, and they may have to run multiple sets of gradient runs until they identify the ideal conditions to denature the DNA template and anneal both primers. In addition, depending on the number of available PCR machines, one scientist’s quest for a successful PCR can limit access to thermal cyclers for fellow lab members.

Recent innovations in thermal cycler technology allow researchers to combine two separate gradients in a single PCR run. With the Eppendorf Mastercycler® X50, scientists can run 2-D gradients to vary the annealing temperature across one dimension of the cycler while altering the denaturation temperature across the other dimension. This feature saves time because researchers determine the optimal annealing and denaturation temperature in the same run.

Once optimized, scientists also significantly speed up individual PCR runs with the Mastercycler X50. Compared to other cyclers, the Mastercycler X50 has rapid heating and cooling rates that reduce the transition time between steps, amplifying a 1 kb DNA fragment in under 40 minutes. Apart from speed, PCR reproducibility is also crucial for experimental success. With only 0.2 °C variability in temperature between wells, flexlid® technology to prevent evaporation, and thermal sample protection, scientists can rest assured that all samples are treated equally in a run. 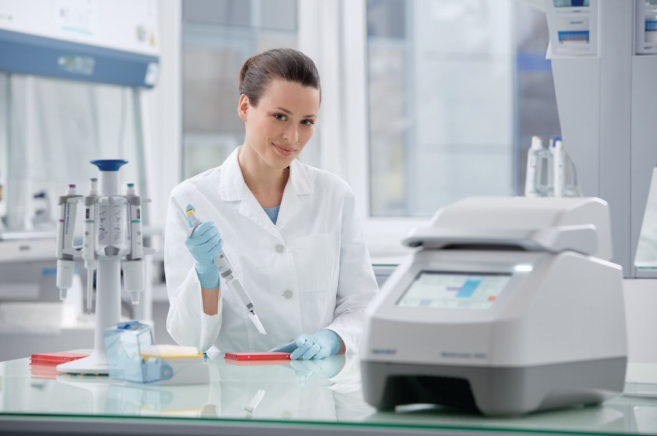 Scientists can connect up to ten cyclers to one Mastercycler X50, which allows them to run many PCR programs in parallel. Laboratories that regularly perform high-throughput PCR can save even more time and simultaneously manage up to 50 cyclers with the CycleManager X50 software, which allows users to control individual, simultaneous, or grouped cyclers. With this program, scientists who run the same protocol on multiple cyclers avoid repetitively copying PCR protocols between cyclers. The CycleManager X50 software also comes with a handy booking schedule that prevents scheduling conflicts and allows scientists to continue with their work as planned. Overall, scientists can significantly accelerate PCR optimization and PCR run times with the Mastercycler X50.