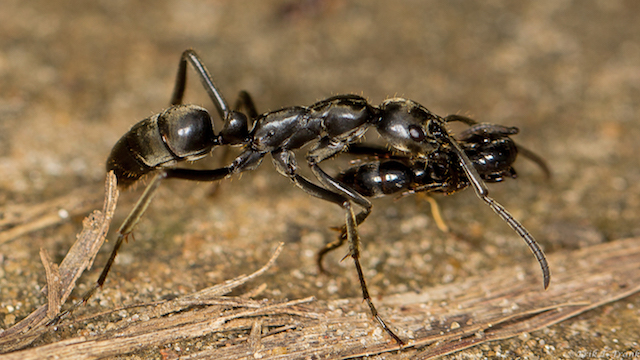 The Matabele ant (Megaponera analis) hunts by attacking termite-foraging sites in groups of around 200 to 500. These raids are often brutal: the termites will fight back, tearing limbs and handicapping attackers by clinging tightly to their bodies. According to a study published this month (April 12) in Science Advances, when ants are injured in battle, nest mates will carry them back home.

By observing the ants’ behaviors during raids, researchers at the University of Würzburg in Germany found that, left on their own, wounded ants had a 32 percent chance of dying on the way back to their nest. On the other hand, when another ant came to the rescue, the risk of morality for injured ants fell to nearly 0 percent. But rather than simply being motivated by the desire to help a fallen comrade, the...

“There is a clear benefit for the colony,” coauthor Erik Thomas Frank told National Geographic. “These injured ants are able to participate again in future raids and remain a functioning member of the colony.”

Using analytical models, the authors estimated that rescuing fallen nest mates helped maintain colonies approximately 29 percent larger than those where the wounded were left without aid.

“The number of ants that are saved by this behavior is about equivalent to the number of ants that are born each day in that colony,” Peggy Mason, a neurobiologist at the University of Chicago who was not involved in the study, told NPR’s Shots. “So they’re making this substantial contribution to the ant colony through this rescue behavior. That’s probably what drove this behavior to be selected for, and to evolve into a stable behavior.” 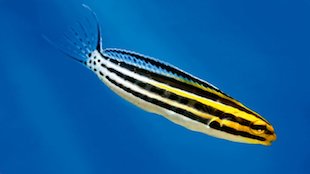 When eaten, a poisonous fang blenny (Meiacanthus) will bite the inside of its predator’s mouth, injecting a venom that has potent hypotensive effects. This can cause blood pressure to drop by nearly 40 percent, according to a study published earlier last month (March 30) in Current Biology.

“If you had such a big crash in blood pressure, you would immediately feel faint and dizzy,” coauthor Nick Casewell of the Liverpool School of Tropical Medicine in the U.K told The New York Times. “We don’t know that fish get faint or dizzy, but it’s extremely likely such a large drop would impact coordination and swimming ability.”

Casewell and colleagues analyzed the venom of 11 fang blenny species and discovered three main toxins: enkephalines (opioid-like molecules), neuropeptide Y (molecules that cause blood pressure to plummet), and phospholipase A2 (enzymes that promotes inflammation). “What’s really unusual are these opioid-like neuropeptides called enkephalins, which don’t induce pain,” Casewell told New Scientist. “Most animals that produce venom use it to inflict pain, yet we found no evidence of that with the blenny venom.” Casewell said he thinks that these molecules act together with neuropeptide Y to exert powerful hypotensive effects, according to New Scientist.

Not all fang blenny species are venomous, but many nonvenomous fish, such as Plagiotremus, mimic the appearance and behavior of poisonous ones. “In some places, Plagiotremus is very cryptic, hiding in holes and waiting for its prey to swim by, at which point it darts and takes a bite,” Luiz Rocha of the California Academy of Sciences who was not involved in the study, told The Atlantic. “But when Plagiotremus mimics the venomous Meiacanthus, it doesn’t hide.” 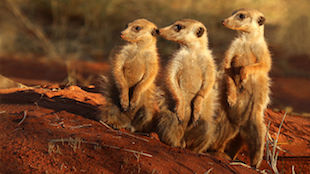 Meerkats (Suricata suricatta) typically live in clans of two to 50 where one pair is responsible for most of the group’s reproduction. Subordinate females will breed occasionally, but once food is abundant, the dominant female will evict them, according to a study published this month (April 12) in Biology Letters.

Researchers at the University of Cambridge, U.K., and their colleagues analyzed data from the Kalahari Meerkat Project, a 20-year analysis of 60 groups of meerkats at the Kuruman River Reserve in South Africa, and discovered that as foraging success increased, so did the probability that dominant females would banish other females from the group. The team observed the same behavior when they experimentally provided more food to the dominant female.

“Our results raise the question of why increased food intake should increase the probability of evictions,” the authors wrote in the study. “One possible explanation is that dominant females’ readiness to evict subordinates is constrained by the energetic costs or the physical risks associated with the process of eviction.” 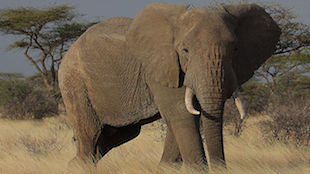 African elephants (Loxodonta africana) sleep an average of two hours a day (usually between 2:00 a.m. and 6:00 a.m.) and frequently go two days without sleep, according to a study published last month (March 1) in PLOS One.

Using GPS collars, gyroscopes, and implanted fitness trackers, researchers assessed the sleeping patterns of two elephants in Botswana for 35 days. The animals, they found, typically slept for no more than two hours a night, and would often travel long distances, without sleeping for days. The elephants also only appeared to fall into rapid eye movement (REM) sleep only once every three to four days.

“Elephants are the shortest sleeping mammal—that seems to be related to their large body size,” coauthor Paul Manger of the University of the Witwatersrand in South Africa told BBC News. “Why this occurs, we’re not really sure. Sleep is one of those really unusual mysteries of biology, that along with eating and reproduction, it’s one of the biological imperatives. We must sleep to survive.”

The elephants’ sleepless nights bring theories of why animals need sleep, such as memory consolidation or energy conservation, into question. “The remarkably short amount of sleep in wild elephants is a real elephant in the room for several theories for the function of sleep,” Niels Rattenborg of the Max Planck Institute for Ornithology, who was not involved in the work, told The Atlantic. 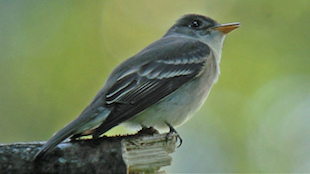 Researchers at George Mason University in Virginia, along with their colleague at the US National Park Service, made this observation while assessing the songs of birds in three greater Washington, DC-area parks, where traffic was either constant or reduced as a result of road closures. According to the authors, singing a modified tune can reduce a bird’s ability to stave off territorial rivals and attract mates.

The changes were not permanent, however. The team found that when surrounding noise was reduced, the birds’ songs returned to normal. “The results confirm that temporary measures to reduce traffic noise, such as weekend road closures, can benefit animals and is a feasible and effective option for managing traffic noise,” coauthor Katherine Gentry of George Mason University said in a statement. 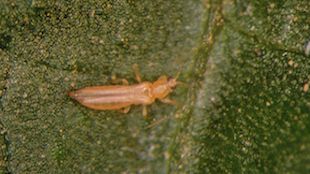 Since smaller thrip larvae are more vulnerable to predation than bigger ones, researchers at the University of Amsterdam wanted to investigate whether size would play a role in how the insects responded to warning signals.

By exposing thrip larvae to pheromones from both large and small conspecifics, they discovered that only smaller larvae would try to escape more frequently in the presence of warning pheromones from larger ones. The results suggest that “sender and receiver thrips change their behavior with the level of danger and thereby display context-dependent alarm communication,” the authors wrote in their paper.