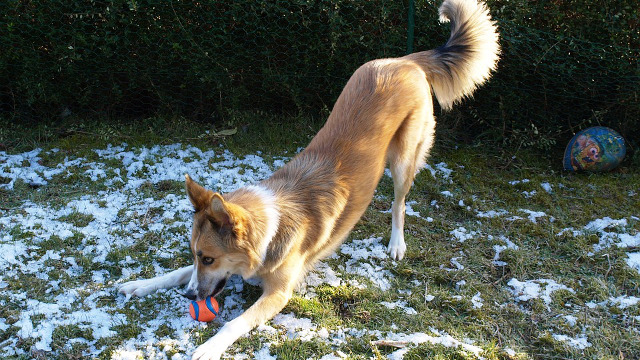 Humans and other primates will involuntarily respond to and mimic the facial expressions of conspecifics around them. The phenomenon, which is called facial mimicry and can last less than a second, is thought to be a sign of empathy—and dogs do it too, according to a study published last month (December 23) in Royal Society Open Science.

“We demonstrated that rapid mimicry is present in dogs and it is an involuntary, automatic and split-second mirroring of other dogs,” study coauthor Elisabetta Palagi from the University of Pisa in Italy told BBC News. Palagi and her colleagues visited a dog park in Sicily to videotape 49 different dogs and their interactions with one another. The researchers looked for dogs that were crouching on their front legs in a “play” posture or relaxing their mouths. They also interviewed the owners to collect data on the...

When the researchers reviewed the videotape, they found that not only did some dogs mimic each other, but those that were more responsive also played together for longer periods of time. Dogs more familiar with one another also mimicked others’ behaviors more often than dogs that were strangers. “Like humans, dogs are affected more by their friends,” Palagi told Smithsonian.

Greater vasa parrots (Coracopsis vasa) get some of their calcium from seashells, but they grind the shells into powder or break them into small pieces first. Researchers from the University of York and University of St Andrews showed last month (December 15) that the parrots use and share pebbles to obtain calcium from shells. The behavior, described in Biology Letters, is reportedly the first evidence of tool use in this species.

In an “entirely fortuitous discovery,” study coauthor Megan Lambert from University of York told Live Science, the researchers noticed some parrots scraping shells in their enclosure with pebbles and date pits. In total, five parrots in the group of 10 used the hard objects to grind up or break apart cockle shells on the aviary floor just before the breeding season. Most of these parrots were males, though the authors hypothesized that the increased calcium intake conferred a benefit to the paired females before they laid eggs—the males give regurgitated meals to their mates.

“It adds to the rich assortment of tool-related skills in a growing number of species,” Alex Kacelnik, a zoologist from the University of Oxford who has observed tool use in cockatoos and was not involved with the current study, told New Scientist. “It is hard to believe that until a few decades ago humans were supposed to be the only species that used tools.”

When an electric eel is looking for dinner, it shocks prey with a burst of high-voltage electric pulses and then uses the feedback to track down its meal. But if the prey continues to struggle after it’s been captured, the eel can curl up its body and press its prey—still in the eel’s mouth—against its tail to double the voltage. Kenneth Catania of Vanderbilt University described this hunting technique in Current Biology last fall (October 28).

The voltage amplification works because the eel pins its prey between the two poles of its electric organ, which runs the length of the eel’s body. “It’s straight out of intro physics,” Catania told The Washington Post. He measured the electric field by implanting a dead fish with electrodes and prompting the eel to grab it, then shaking the dead fish to simulate struggling prey. The data showed that the eel significantly amplified the shock when curled up.

“I’m personally amazed at this animal,” Catania said in a press release. “To see them manipulate their electric field and do these more intricate things is really amazing.” 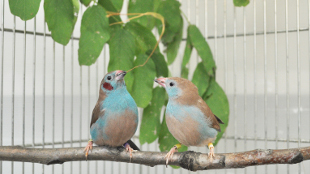 The blue-capped cordon-bleu (Uraeginthus cyanocephalus) songbird does a high-speed tap dance as part of its courtship ritual, researchers from Japan and Germany reported last fall (November 19) in Scientific Reports. A single step only takes 20 milliseconds for the bird to complete.

The research team captured the birds’ dancing, invisible to the naked eye, using high-speed video cameras. Both male and female birds performed the quick stamping motions; their intensity increased when the potential partner was on the same perch. “No other species we know of has this tap dancing behavior,” study co-author Masayo Soma from Hokkaido University told National Geographic.

While doing their high-speed dancing, the birds also bob up and down, sing, and flourish a piece of nesting material in their beaks. “It’s quite complicated, to do all that without falling from the perch—it’s very acrobatic,” study coauthor Manfred Gahr from Germany’s Max Planck Institute for Ornithology told BBC News. 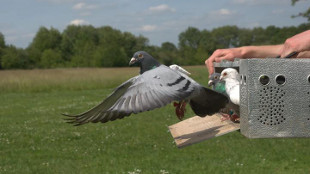 Leading a flock of pigeons may require speed more than anything else, according to a study published last fall (November 25) in Current Biology.

An international team used 40 pigeons tagged with GPS recorders to track the birds’ flying routes and their position within a flock. The team first released the birds individually, then in groups of 10, and again on their own. When the researchers compared the pigeons’ individual performances against their behavior within the flock, they discovered that the birds flying faster on solo outings were more likely to lead their fellow avians when flying together. These leading birds weren’t, however, those that had the most efficient flight paths—at first.

In their initial solo flights, faster pigeons were no better than average at navigating a straight path. But after a series of flights where they led the flock, they flew much straighter routes. “Some birds are naturally faster and consistently get to the front, where they end up doing more of the navigation, which means on future flights they know the way better,” study coauthor Dora Biro from the University of Oxford explained in a press release.