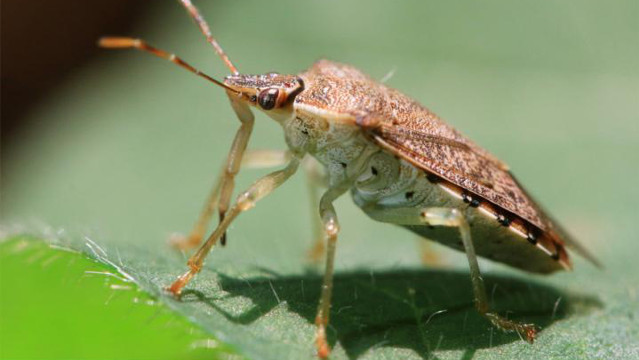 Female Podisus maculiventris stink bugs can control the color of eggs they lay, according to a study published in Current Biology last week (July 23). This ability to selectively control egg color could help stink bug mothers improve their offspring’s chances of survival, researchers from the Université de Montréal and their colleagues reported.

In response to environmental conditions, female P. maculiventris can control egg pigmentation, ranging from pale yellow to dark brown, the researchers showed. When laying eggs on the upper surfaces of leaves, the stink bugs laid darker eggs; on the undersides of leaves, the bugs produced lighter-hued eggs.

“Our study offers the first example of an animal able to selectively control the color of its eggs,” Montréal’s Paul Abram and his colleagues wrote in their paper. 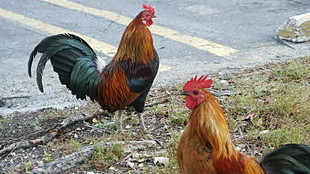 WIKIMEDIA, OYDMANWithin a group of...

Crowing is triggered in part by the birds’ circadian clocks, so the findings could have implications beyond affecting the animals’ behaviors. “These results indicate that in a group situation, the top-ranking rooster has priority to announce the break of dawn, and that subordinate roosters are patient enough to wait for the top-ranking rooster’s first crow every morning and thus compromise their circadian clock for social reasons,” Tsuyoshi Shimmura of Japan’s National Institute for Basic Biology and his colleagues wrote in their paper. 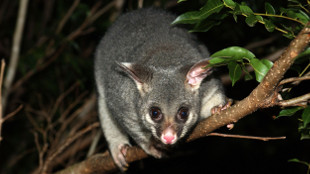 WIKIMEDIA, BRISBANE CITY COUNCILAs populations of contagious cancer-stricken Tasmanian devils (Sarcophilus harrisii) decline, at least one of the animals they prey on, the arboreal common brushtail possum (Trichosurus vulpecula), is letting down its guard, researchers from the University of Tasmania, Australia, and their colleagues have found. Correlating with reductions in local Tasmanian devil populations, the team observed possums spending more time on the ground foraging and finding more food in less time. The group’s results were published in Proceedings B last month (June 17).

“Behavioural changes of prey are some of the most rapid responses to predator decline and may act as an early indicator of cascading effects,” Tasmania’s Tracey Hollings and her colleagues wrote in their paper. Hollings’s team found that when the devil population declined by 90 percent, possum foraging behavior was indistinguishable from that exhibited by possums on a devil-free island.

“It’s good work,” predator-prey ecologist John Laundré of the University of California, Riverside, who was not involved in the research, told Science. “Just like in Yellowstone, after the wolves and cougars were removed [in the 1920s] and elk foraged everywhere, these possums can now go anywhere, any time, and eat anything they want.” 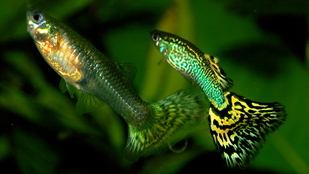 Male and female Poecilia reticulataWIKIMEDIA, MARRABBIO2Researchers from Stockholm University in Sweden have found that the size of a female Poecilia reticulata guppy’s brain is linked to her response to predators. Specifically, the team found that large-brained female guppies spent less time inspecting experimental predators and remained further from such predators than small-brained guppies. The researchers’ results were published in Proceedings B last week (July 22).

“Large-brained females might be able to assess risk better or need less sensory information to reach an accurate conclusion,” Stockholm’s Wouter Van Der Bijl and his colleagues wrote. “Our results provide experimental support for the general idea that predation pressure is likely to be important for the evolution of brain size in prey species.”

While male guppies also showed differential predator responses with varying experimental predation setups, the researchers did not find an association between their brain size and behavior. 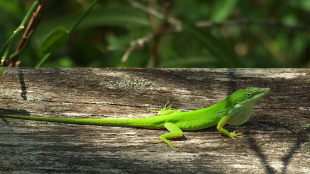 WIKIMEDIA, EUKUGreen anole lizards (Anolis carolinensis) sprint at speeds that vary with their environment, scientists at the University of St. Thomas in St. Paul, Minnesota, have found. Anoles can run faster or slower according to the amount of clutter in their immediate surroundings and/or the diameter of the branches they’re traversing, the scientists reported last week (July 22) in The Journal of Experimental Biology.

“We also detected trade-offs in running on substrates with different diameters and in cluttered versus uncluttered environments,” coauthors Erik Sathe and Jerry Husak wrote in their paper. In general, lizards sprinted at slower speeds on broad branches than on narrow ones, the researchers found. The animals were also slower in cluttered environments than on uncluttered surfaces. “Natural selection may act on different morphological traits, depending on which substrates are used by individuals, as well as an individual’s ability to cope with changes in substrate,” Sathe and Husak wrote.