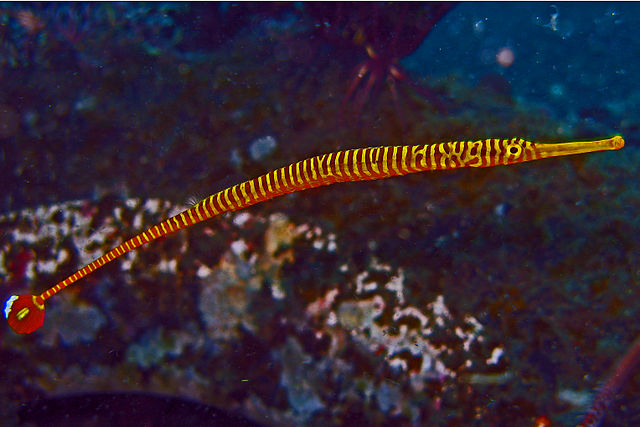 Male pipefish are known for their unique role in carrying and nurturing developing eggs, which are unusually large for the size of the adult fish. It has long been thought that pipefish dads also somehow supply extra oxygen to their eggs, encouraging their growth. However, according to a study published last month (June 3) in the The Journal of Experiential Biology, the oxygen saturation within the male’s embryo-incubating pouch is much lower than expected.

The team split the males into two environments with either 100 percent or 40 percent oxygen-saturated water and allowed pregnancy to continue for 24 days. During that time, the researchers measured average oxygen concentrations in the fish’s brood pouches, which... 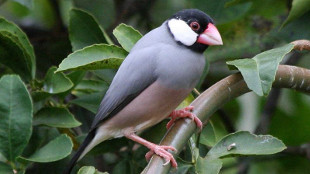 Java sparrow (Lonchura oryzivora) fathers teach their male offspring to make clicking noises, according to a study published this spring (May 20) in PLOS One. L. oryzivora is one of a handful of bird species whose communication repertoires include mechanical sounds; the birds intersperse beak clicks into their songs. By listening to recordings of such songs sung by domesticated Java sparrows, researchers at Hokkaido University in Japan determined that male sparrows pass on clicking patterns to their natural or adopted sons, Science News reported.

The researchers analyzed recorded songs from 30 individuals for the frequencies of clicks and where in their songs the birds added these sounds. They found that clicks more often appeared in certain sequences of notes and that those arrangements of click-notes were shared between father-son pairs. In their paper, however, the researchers noted that “whether clicking patterns themselves were learned or whether they were simply linked to learning-based vocalizations is still debatable.”

Although the researchers noted that the Java sparrows tended to click more often as they aged, it’s not clear whether the birds use clicking for mating or other functions. “The question of why Java sparrows use non-vocal sound communication in addition to singing remains a puzzle,” they wrote. 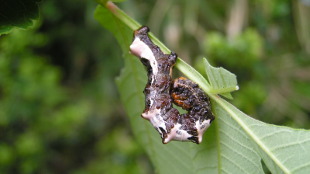 To escape the notice of their sharp-sighted predators, many caterpillars masquerade as non-prey, such as other animals or objects. According to a study published May 22 in Animal Behavior, the moth larvae Apochima juglansiaria and Macrauzata maxima, which both masquerade as bird droppings, incorporate posture into their anti-predation disguises.

“For caterpillars, avoiding birds is a major occupation,” Daniel Rubinoff, an entomologist at the University of Hawaii who was not involved with the study to National Geographic.  “The less you look like a caterpillar, the less likely you are to be attacked.”

Researchers at the Graduate University for Advanced Studies in Hayama and Rikkyo University, both in Japan, demonstrated the importance of posture in masquerading as bird feces by creating more than 400 caterpillar models from dough and placing them on tree branches in stretched out or curled up orientations. Black and white striped models meant to resemble poop were three times less likely to be attacked by birds if they were bent or curled, supporting the team’s hypothesis that curling boosts the impression of an inedible pile of droppings.

According to Science, the study is the first to show that posture matters for caterpillars pretending to be something they’re not. 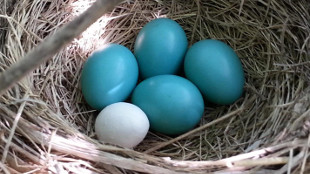 Researchers often use artificial eggs to study how birds decide to accept or reject parasitic eggs placed in their nests by other freeloading birds. Making these fake eggs by hand or finding wooden eggs with the right combination of desired qualities can be a challenge. To find out whether the egg-making process could be somewhat automated, researchers in the U.S. and Argentina employed 3-D printing. They reported the results of their efforts May 26 in PeerJ.

“Instead of using natural eggs, it’s best to use fake eggs, because you can control the size, and shape and the color much more accurately,” Mark Hauber, who studies neurobiology and behavior at Hunter College in New York City told NPR’s All Tech Considered.

With 3-D printing, the researchers were able to standardize egg design, allowing them to test just one variable at a time. They found that parent robins promptly ejected 80 percent of the eggs printed and painted to resemble those of brown-headed cowbirds, the natural parasite of the American robin nest. When the eggs were painted robin’s egg blue, the birds were less likely to toss them, confirming that color was a major factor in the robin’s decision to keep or reject a foreign egg.

“You can imagine, it would be really labor-intensive and time-intensive to individually handcraft eggs that exploit that whole range of variation,” biologist Christina Riehl of Princeton University who was not involved in the study told All Tech Considered. “With 3-D printing, it’s the possibility of being able to make exactly what you want. And not only that, but you can share those designs with other researchers so they can replicate your results with exactly the same methods.” 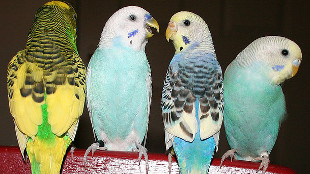 Birds of a feather yawn together

Although it’s still not exactly clear why yawning is contagious, the list of creatures that can “catch” yawning from one another is growing. According to a study published May 27 in Animal Cognition, the latest species added to the list is the budgerigar (Melopsittacus undulatus).

“Thus far, yawning has been demonstrated to be contagious in a few highly social species,” coauthor Andrew Gallup, a biopsychologist at the State University of New York College at Oneonta told New Scientist. “To date, this is the first experimental evidence of contagious yawning in a non-mammalian species.”

Humans aside, other animals that have shown contagious yawning include chimpanzees, domestic dogs, and one type of rat.

Gallup and his colleagues found that budgerigars were about three times more likely to yawn within five minutes of a neighbor if the birds could see each other. The finding may hint that the birds express a form of empathy.

“Contagious yawning by itself is not exactly empathy, but it hints at the tendency to mimic and synchronize with the bodies of others,” Frans de Waal, who studies animal behavior at Emory University and was not involved in the study, told New Scientist. “This process is probably the basis of mammalian empathy.” 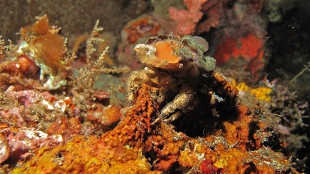 To better understand how self-decoration is used in the wild, a pair of researchers at the University of St Andrews and the University of Exeter reviewed the scientific literature for studies describing the behavior among several species. They outlined in detail the behaviors of the crab family Majoidea, which contains more than 900 species, most of which attach foreign materials to their shells to hide themselves from predators. Their report was published last month (June 3) in Biology Letters.

“The most common reason to decorate is to avoid predators,” coauthor Martin Stevens, an ecologist at Exeter, told National Geographic.

National Geographic reported that Velcro-like hairs on the crabs’ shells enable them to attach materials and even other animals, such as anemones, to their bodies. When the crabs molt, they often save and reuse the materials, which also include pieces of coral and seaweed. Some decorator crabs attach poisonous plant material to their backs to keep predators at bay.

“The nice thing about being a decorator is that wherever you go, you can pull off the old decoration and stick on something new and quickly adapt yourself to whatever environment surrounds you,” John Stachowicz, an ecologist at the University of California, Davis, who was not involved in the study, told New Scientist. “If you’re a slow-moving, roving animal, being able to quickly adopt the coloration or background of wherever you are is likely very adaptive.”