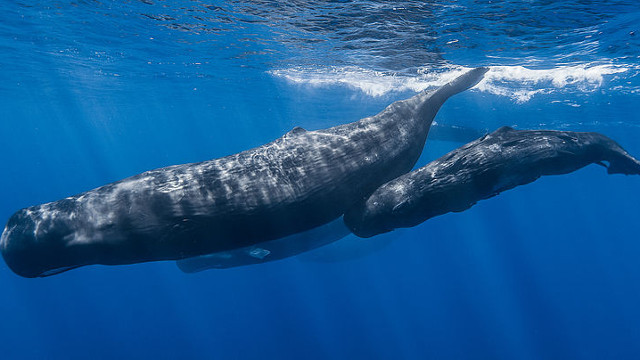 To track elusive sperm whales, which spend over half their lives hunting squid deep below the surface, researchers from Dalhousie University in Canada and Scotland’s University of Saint Andrews followed nine whale families off the coast of the Caribbean nation of Dominica during a six-year period. The scientists noted which whales surfaced with each other to breathe, and found that the whales swam with many different individuals in their group of roughly a dozen adult females and their calves. At the same time, many whales also had favorite companions with whom they spent more time. These relationships shifted over the duration of the study.

In order to form these long-standing relationships, the whales must be...

Interestingly, six of the nine families studied were parts of long-term family pairs that did not change over time. One of the pairs had been observed by other scientists as early as 1995, 10 years before this latest study began. These social patterns are similar to those that have been documented for matriarchal African elephants (Loxodonta africana), another species that maintains a complicated social network. “Social preferences create complexity and diversity in the types of relationships formed at multiple levels of sperm whale social structure and across various timescales,” the authors wrote in their paper. 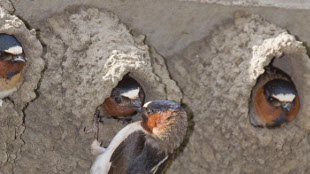 In 1984, researchers from the University of Tulsa and the University of Nebraska began fumigating the southwestern Nebraskan mud nests of cliff swallows (Petrochelidon pyrrhonota), migratory songbirds from the Great Plains, to eradicate swallow bugs (Oeciacus vicarious) that had infested the birds’ colonies and increased throughout the summer breeding season. Prior to fumigation, the bugs were more prevalent among larger colonies, which can include up to 6,000 birds. In many cases, the birds abandoned infested nests after their offspring fledged. The young that were bitten by the parasites either died before fledging—due to low body mass—or were more likely to have defects, such as asymmetrical wings.

In the annually fumigated nests that the researchers observed over a 27-year period, however, the swallows that usually only bred once per eight or nine week breeding season began to breed a second time, laying eggs 45 days to 50 days after the first batch. Unlike the birds with infested nests, these birds returned to sleep in their nests even after their offspring had learned to fly. These behaviors became more common over time, and were not dependent on the climate, the start date of breeding, the size of the colony, or factors other than fumigation. Only 19 of the 1,183 non-fumigated colonies the scientists observed contained birds that raised a second brood within a season, whereas 49 of the 65 fumigated colonies did.

“The results suggest that ectoparasitism shortens the cliff swallow's breeding season and probably prevents many individuals from multiple brooding,” the authors wrote in their paper. “When this constraint is removed, selection may rapidly favor late nesting.” 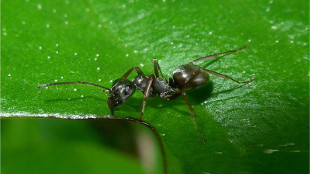 Like humans, ants have designated places within their homes to defecate, according to a study published last month (February 18) in PLOS ONE.

Researchers from the University of Regensburg in Germany placed 150 to 300 black garden ants (Lasius niger), a common European species, into each of 21 white plaster nests. The ants were fed sugar laced with either red or blue food coloring and a protein source, which adult ants don’t eat, tinted the opposite color. The scientists took photographs of the nests once weekly for two months, and a researcher unfamiliar with the experimental setup recorded where and what color the dark patches in the nests were. Regardless of the number of ants in the nest, each nest had one to four colored patches near the nest’s edge that matched the sugar’s color, while the protein color and any other nest debris or dead ants were piled in a trash heap outside the nest. The absence of food leftovers distinguished the dyed waste piles as different from the previously described “kitchen middens” of other ants, although they resembled similar dark patches found in the nests of desert ants (Crematogaster smithi).

“The presence of distinct colored patches in the ant nests thus strongly suggests that the ants were defecating in a specific location in the nest,” the authors wrote in their paper. Why ants keep their toilets inside rather than outside the nest is a mystery, although the ants do appear to maintain the areas enough to prevent microbial growth that occurs on the toilets of abandoned nests. This suggests that the toilets may provide a way for the ants to glean nutrients from their waste, the researchers noted, although the function of these apparent toilets is not yet known. 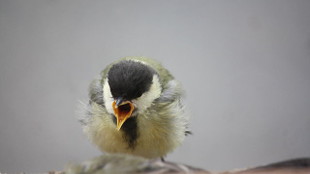 Tuning into the neighbors

Male birds vary the number of mate-attracting songs they sing each minute, thereby distinguishing themselves from their neighbors, according to a study published last month (February 18) in PLOS ONE.

Researchers from Wageningen University and the Netherlands Institute of Ecology recorded the dawn songs of 72  male great tits (Parus major) living in some of the 200 nest boxes in the pine woods of Westerheide in the Netherlands during the mating season in April 2012. Using software, the scientists compared the songs between neighboring birds that shared a territorial boundary and those that did not. The researchers found that most birds were more or less consistent in their song rate—how many songs they sang per minute—and how many minutes before dawn they began warbling.

Neighboring birds distinguished themselves more than non-neighbors in how frequently they broke into song, suggesting that the predictability of their neighbors’ patterns might allow the animals to adjust their own singing to prevent overlapping with competitors. Although it is not clear whether these adjustments are a result of anything other than chance, the overall effect avoids overlapping songs that could be interpreted as an act of aggression and should make it easier for females to spot differences among potential mates.

While the distance between the birds didn’t impact song rate if the birds weren’t neighbors, birds that were closer to each other, regardless of territorial boundaries, tended to start singing at roughly the same time. These results suggested that proximity and neighboring territories might have different impacts on how the males crafted their songs, the researchers reported. “Neighborhood structuring is therefore likely to be a relevant selection pressure shaping variation in territorial birdsong,” the authors wrote in their paper. 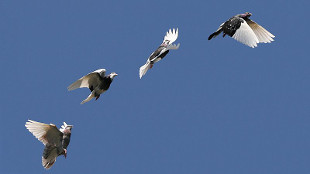 Wild rock pigeons (Columbia livia) modify their flight strategies to avoid crashing into evenly spaced obstacles, depending on the distance between the barriers, according to a study published last week (March 2) in PNAS.

Scientists from Harvard University recorded the flight patterns of pigeons confronted with sets of plastic poles. When the gaps between poles were larger, equivalent to 40 percent of the birds’ wingspans, the pigeons paused their normal wing beat at the top of the stroke, holding the tips of their wings high until they passed the obstacle.

When the gaps were half as large, however, the birds hunched their shoulders and tucked their wings closer to their bodies, a position that free-flying pigeons generally don’t use. Overall, the pigeons appeared to prefer pausing over folding, regardless of their wing position as they neared the bars, but in narrower spaces, the birds folded their wings more than 60 percent of the time.

Using mathematical models, the researchers were able to explain these preferences. Pausing took less time and the pigeons dropped less in the air than they did when they folded their wings. Although the folding form was actually 2 centimeters wider than the paused position, the models suggested that folded wings provided a 20 percent stability boost should the pigeons misjudge the spacing between narrowly spaced bars and crash.