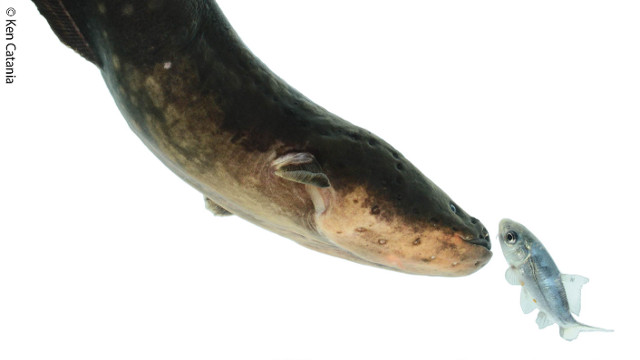 Electric eels (Electrophorus electricus) can emit pulses of electricity as strong as 600 volts; scientists have long assumed the purpose of this behavior was to stun prey. But this Amazonian predator actually manipulates its victims by emitting electricity like a Taser, according to a study published this month (December 5) in Science.

Vanderbilt University biologist Kenneth Catania recorded the electric emissions of four hunting eels and filmed their movements with a high-speed camera. In one set of experiments, he removed the brains of small fish and put up an agar barrier between this prey and the eel. He found that the eel’s electric pulses caused involuntary muscle contractions in the fish.

Injecting the fish with curare, a compound that disrupts neuromuscular connections, made the fish immune to the pulses, suggesting that the eel’s remote control mechanism acts on nerves. Catania’s results also indicate...

“It shows how finely adapted eels are to attack prey,” Harold Zakon of the University of Texas at Austin told The New York Times. Zakon, who was not involved in the study, pointed out that scientists have been investigating electric eels for more than two centuries, adding that Catania “sees things that just go unnoticed.” 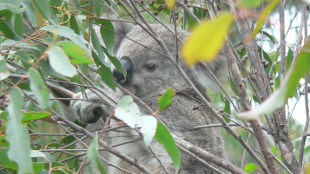 PLOS ONE, CHRIS ALLENKoalas choose where to eat based in part on differences in the nitrogen and toxin content of eucalyptus leaves, according to a study published this month (December 3) in PLOS ONE. A team led by researchers from the Australian National University analyzed eucalyptus trees in plots spread across 22,000 hectares (85 square miles) of forests in an area of New South Wales, Australia, where koalas are relatively sparse.

The researchers measured variation in levels of available nitrogen and toxic compounds called sideroxylonals in the leaves of 310 eucalyptus trees of eight different species. To assess which trees koalas preferred, they looked for koala fecal pellets around the base of each tree.

The team found that koalas indeed preferred leaves with more available nitrogen and lower toxin levels. Scientists have seen similar impacts of leaf chemistry on the feeding behaviors of captive herbivores, but this study was one of the first to test this effect in wild animals. “Our findings suggest that immediate nutritional concerns are an important priority of folivores in low-quality habitats and imply that nutritional limitations play an important role in constraining folivore populations,” the authors wrote in their paper. 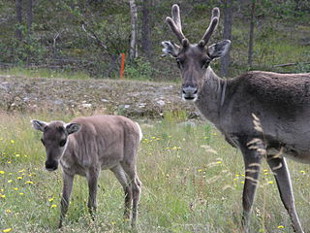 WIKIMEDIA, LUKAS RIEBLINGWhile females of many mammal species are known to nurse one another’s young (a behavior called allonursing), few studies have yielded concrete evolutionary explanations for this phenomenon. Scientists from Concordia University in Montreal and the Norwegian University of Life Sciences examined more than 1,000 instances of allonursing among 25 female reindeer (Rangifer tarandus) and their calves in Finland.

The patterns they observed provide strong evidence of reciprocity among mothers, the team reported last month (November 21) in Ethology. This reciprocal allonursing could not be explained by genetic relatedness or social dominance. Instead, the scientists posited that market forces were at play: “Our results point to the usefulness of applying the biological market theory to allonursing and of considering allonursing as a tradable commodity, traded for itself, among chosen partners,” they wrote in their paper.

Other studies have shown that social rank shapes allonursing behavior in mongooses and monkeys. Although reindeer do maintain a social hierarchy, the abundance of food during the warmer months could preclude the importance of rank for allonursing behavior, the researchers proposed. 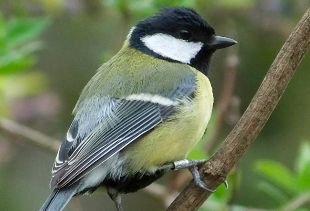 UNIVERSITY OF OXFORD, MOLLY HARWOODIn birds as in humans, social conformity can be a powerful force. A study of wild great tits (Parus major) published earlier this month (December 3) in Nature documents conformist learning in wild non-primates for the first time.

An international team led by researchers at the University of Oxford in the U.K. captured five pairs of male birds from different populations in Wytham Woods, Oxfordshire. They trained the birds to open the left or right side of a puzzle box to access a mealworm reward.

The scientists then released the birds back into the wild, set up puzzle boxes in the animals’ home ranges, and watched as the behavior spread through each local area, tracking the social connections between individuals using transponder tags. After 20 days, most birds learned to open the boxes, and nearly all of them followed the lead of their peers by opening either the left or right side. In three control populations, where two males were captured but not trained, fewer tits picked up on the task. This tradition persisted into the following year, when only 40 percent of the original birds remained.

Studies like this are “steadily building a new picture of the importance of what I’ve called nature’s second inheritance system, in which behaviors are inherited not by the primary system of genetics, but instead hop from brain to brain, via learning from others,” Andrew Whiten of the University of St. Andrews, who did not take part in the study, told National Geographic’s Not Exactly Rocket Science. 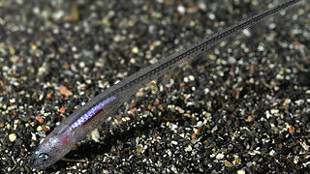 WIKIMEDIA, ALESSANDRO PAGANOTiny fish that dwell in the shells of oysters have an unusual means of making noise. Scientists from the University of Liège in Belgium and their colleagues examined the sounds produced by a species of pearlfish (Onuxodon fowleri) from the coral reefs of French Polynesia. They recorded sounds of three distinct frequencies and multiple pulses; the highest frequency of 1,000 hertz was strikingly amplified by the shell of the black-lip pearl oyster (Pinctada margaritifera), in which the pearlfish makes its home.

Dissections and CT scans revealed the unique anatomy that produces the sounds, the researchers reported this week (December 15) in The Journal of Experimental Biology. Like other species of pearlfish, O. fowleri sports a mineralized rocker bone at the front end of its swim bladder. The rocker bone serves as an anchor for sonic muscles that cause the swim bladder to vibrate. The team also documented sexual dimorphism in the fish’s sound-producing structures; the rocker bones in males were shaped differently and were about three times larger in volume than those of females.

The behavioral significance of the sounds is not yet clear. “We postulate that the fish uses the host shells as a tool to amplify its calls, providing an example of an adaptation where an animal incorporates features of its environment to enhance communication,” the researchers wrote in their paper.