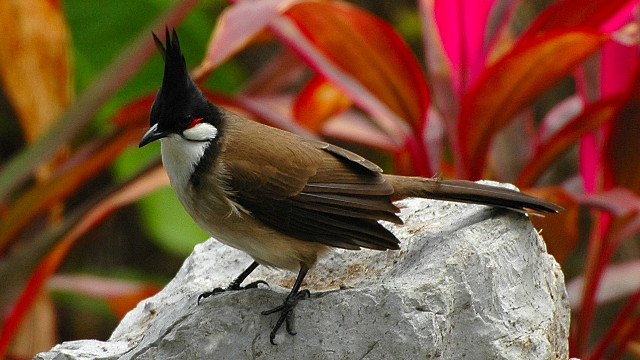 Tropical Asian birds appear to prefer red fruits over yellow, black, blue, and green ones, researchers from the Chinese Academy of Sciences have found. Writing in Scientific Reports today (July 17), Rui-chang Quan and his colleagues suggested that this preference among birds may contributes to the evolution of fruit color in the region.

To test birds’ fruit color preference, Quan, a professor at the academy’s Xishuangbanna Tropical Botanical Garden, and his colleagues presented fresh and artificial fruits of various colors to wild-caught and hand-raised naive birds from three species (Pycnonotus jocosus, P. aurigaster, and P. melanicterus). All of the birds favored the red fruits—even the artificially colored ones—over the other colors, and avoided both real and artificial green fruits. These behavioral patterns persisted over time, lending support to “the hypothesis that bird color preferences are a contributing factor driving fruit... 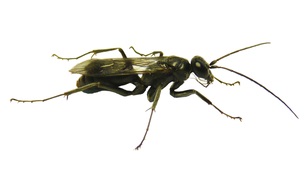 Freshly eclosed adult female of Deuteragenia ossariumPLOS ONE, MICHAEL STAABA newly discovered species of spider wasp lines its nest with the corpses of dead ants for protection, a team led by investigators at the University of Lüneburg, Germany, reported in PLOS ONE this month (July 2). The authors speculates that chemical cues emanating from the dead ants might keep enemies of the new spider wasp at bay.

Biologist Michael Staab, who led the work, told Slate that because the ant corpses his team found in the nests were largely fresh, the wasps—named Deuteragenia ossarium, after boxes called ossuaries in which human skeletal remains are kept—“probably hunt live ants,” rather than simply collecting dead ones. And as National Geographic’s Not Exactly Rocket Science reported, D. ossarium is the only one of 50 known Deuteragenia species that have demonstrated such nesting behavior. 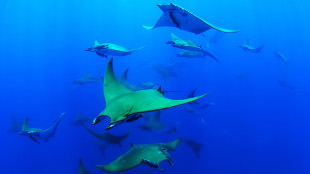 Mobula tarapacanaNUNO SÁChilean devil rays (Mobula tarapacana) soak up heat from the sun’s rays before diving deep into the ocean to forage, researchers from the Woods Hole Oceanographic Institution in Massachusetts have found. Tracking the behaviors of 15 rays in the central North Atlantic Ocean for up to nine months, Simon Thorrold and his colleagues found that the fish don’t strictly stick to the water’s surface as was once thought—they were recorded diving to depths of almost 2,000 meters (6,562 feet). They reported their findings in Nature Communications this month (July 1) and suggested that the fish’s forays into shallow waters may help with temperature regulation.

“This behavior provides a plausible evolutionary explanation for the morphological specializations that allow M. tarapacana and potentially other large pelagic rays to tolerate cold water,” the researchers wrote in their paper. 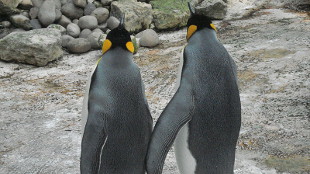 WIKIMEDIA, MARION O'SULLIVANAnna Nesterova from the University of Oxford and her colleagues have found that king penguins (Aptenodytes patagonicus) employ collective decision-making when traveling long distances. Comparing the performance of pairs of chicks in which partners were either raised together or in different groups, Nesterova’s team found that “the majority of chicks in both treatments travelled at least part of the journey together; when doing so they were more efficient and faster than individuals travelling alone,” the authors wrote in a July 2014 Animal Behaviour paper. Chick partners raised in the same groups were more likely to navigate more precisely to their target destination than were pairs in which the chicks were not raised together, the researchers found.

Although the partners from both groups took turns leading and following, “chicks with a common destination . . . were more precise at homing and less likely to split up than those with a conflict over preferred destinations,” the authors wrote in their paper. 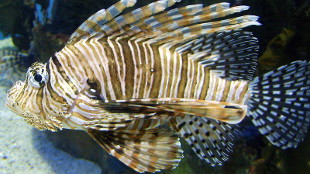 WIKIMEDIA, SHIZHAODendrochirus zebra lionfish hunt cooperatively, but how exactly they coordinated their communication in order to stalk prey in groups was unknown. PhD student Oona Lönnstedt and her colleagues from James Cook University in Queensland, Australia, have found that D. zebra uses a flared fin display when in the presence of prey to show other lionfish that it’s time to hunt together. The results were published in Biology Letters last month (June 25).

“There has been anecdotal evidence of cooperative hunting in lionfish since the late 1980s,” Lönnstedt told National Geographic’s Not Exactly Rocket Science. “Ours is the first study that empirically demonstrates that it occurs. These are highly complex animals with advanced social behaviours, and they are ridiculously good at catching prey.” 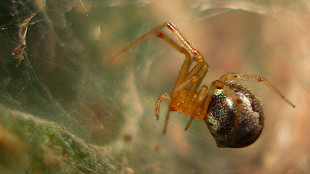 FLICKR, JOE LAPPThe division of labor according to personality works for the social spider Anelosimus studiosus. The colony’s females exhibit either dominant or docile personalities, to which their tasks within the group are specialized, scientists have found. The researchers’ work was published last month (June 16) in PNAS.

“These spiders achieve the best of both worlds by evolving two behavioral types with specialized tasks. Aggressive spiders perform all the tasks where aggression is important, and docile spiders are allowed to focus on being good parents,” Colin Wright from the University of Pittsburgh, who led the work, told BBC News. “It’s a win-win situation.”

In their paper, Wright and his colleagues suggested that “because the docile/aggressive phenotypes are heritable . . . within-colony variation is maintained because of advantages gleaned by division of labor.”