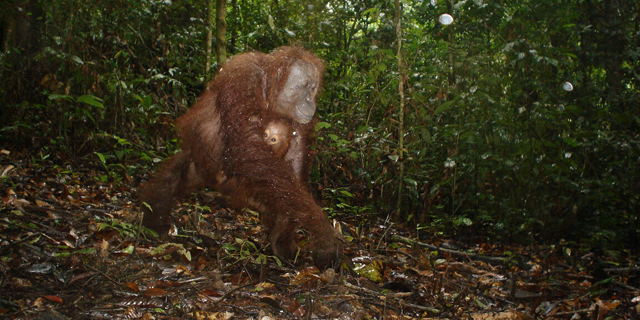 It was previously believed that the endangered Bornean orangutan (Pongo pygmaeus) spent the majority of its life in the trees, coming down to the ground only when its habitat was disturbed. Now, an international team of researchers has shown that these animals use terrestrial locomotion as part of their natural behavior. The study was published today (February 13) in Scientific Reports.

Investigators collected data from terrestrial camera traps in 16 study locations across Malaysia and Indonesia between 2006 and 2013. They discovered that orangutans spent time on the ground in all the study locations, whether the forests were intact or disturbed by human activities like logging. The traps captured photos of both sexes and all ages of animals, including flanged males, which are fully developed and usually heavier than unflanged males. Flanged males were observed on the ground more often...

“The capacity of orangutans to come down from the trees may increase their ability to cope with at least smaller scale fragmentation, and to cross moderately open spaces in mosaic landscapes,” the authors wrote in their paper, “although the extent of this versatility remains to be investigated.” 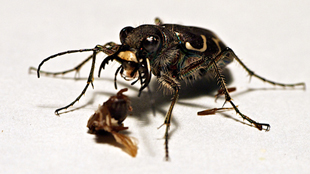 CORNELL UNIVERSITYWhen tiger beetles run, they go so fast that their eyes cannot visually process their surroundings. Researchers at Cornell University have now shown that these insects use their antennae to avoid obstacles. Their work was published last week (February 5) in Proceedings of the Royal Society B.

“[The tiger beetle] has evolved important mechano-sensing behavior while running because it runs so fast,” study coauthor Daniel Zurek said in a statement.

“Because of their shape, the antennae can slip over the edge of an obstacle, which tells the beetles that there’s a top they can run over,” Zurek told National Geographic’s Not Exactly Rocket Science. 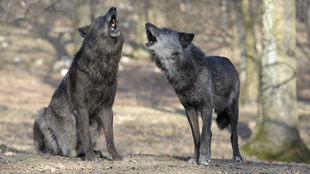 WALTER VORBECKOne facet of learning more about the evolution of wolves and dogs is comparing their cognitive abilities. Researchers from the University of Veterinary Medicine of Vienna in Austria have now shown that wolves are better at imitating dogs performing a task than other dogs are. Their work was published last month (January 29) in PLOS One.

Friederike Range and Zsófia Virányi let individual six-month-old wolves and dogs watch a pet dog guide open a box with a treat inside by pressing down on a lever with one paw. Then they tested the wolves and dogs to see how much they had learned from watching the demonstration. The wolves and dogs both investigated the lever side of the box within similar amounts of time, but all 14 tested wolves were successful at opening the box using their paws, and only four of 15 dogs were. The dogs’ reduced success rate was not due to being developmentally behind the wolves; when the dogs were retested at least nine months later, they still did not successfully open the box.

“The wolves watched the dog very closely and were able to apply their new knowledge to solve the problem,” Range said in a statement. “Their skill at copying probably relates to the fact that wolves are more dependent on cooperation with conspecifics than dogs are and therefore pay more attention to the actions of their partners.” 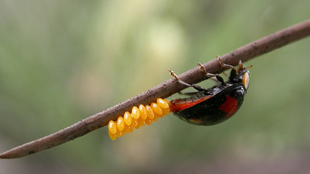 FLICKR, GILLES SAN MARTINHarlequin ladybird beetles (Harmonia axyridis) are one of the most invasive insect species on the planet. They originated in Asia, but are now found around the world. Now, in a study published in BMC Evolutionary Biology last week (February 5), a team of researchers from the U.K., France, Belgium, and Russia has shown that invasive larvae are more cannibalistic than larvae born in their native Asia or in the lab.

The researchers placed larvae and adult beetles in boxes either alone or in groups of three (adults) or five (larvae) with 15 ladybird eggs, then recorded the number of eggs consumed after 42 hours. Individual adult ladybirds from each population ate about six eggs during the 42 hour period. Individual larvae raised in the lab ate about four eggs, native larvae ate about six, and invasive larvae ate about eight. Crowding of both larvae and adult ladybirds led to increases in cannibalism.

“In ladybirds, victims of cannibalism are usually defenseless life stages such as eggs, young larvae, or quiescent pupae,” coauthor Benoît Facon said in a statement. “Fellow ladybirds are a high-quality resource, so cannibalism gives clear nutritional benefit, particularly when resources are limited. It may also help ladybirds by getting rid of competitors for resources.” 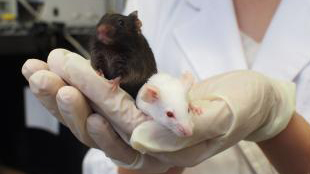 AKARI ASABAMale mice attract females with vocalizations too high for humans to hear, and females prefer unfamiliar songs, according to a study published last week (February 5) in PLOS One.

Researchers from Azabu University in Japan found that the songs of male mice from the B6 and BALB strains had different characteristics. They played the songs for female mice, and showed that BALB females preferred to remain in an area where they could hear the songs of B6 males, rather than BALB males, and vice versa, suggesting that the females preferred unfamiliar songs. When they raised B6 or BALB females with foster parents of the other strain, the females preferred the strain they were not used to hearing. Females raised without fathers did not express a clear strong preference. Although the researchers also saw an effect of male pheromones and the female estrous cycle, it was also clear that exposure to hearing the father’s song played a role in determining the females’ song preferences.

“Here, we show for the first time that female mice can discriminate among the distinct characteristics of male songs and prefer the songs of mice of strains different to those of their parents,” the authors wrote in their paper. “This study uncovers new possibilities for studying the biological significance of song variation, and the molecular and neural mechanisms of song perception in an established model genetic organism.”