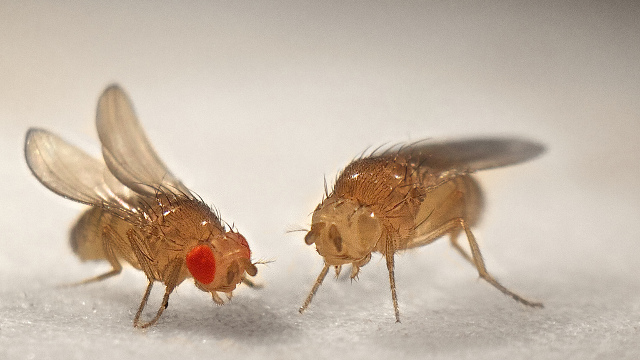 Adult male Drosophila melanogaster exhibit elevated levels of aggression in the presence of mating partners, though prior exposure to females can suppress aggressive behaviors, according to a study out today (November 17) in Nature Neuroscience. Yuh Nung Jan and colleagues from the University of California, San Francisco, suggest that male fruit flies’ prior experiences can modulate aggression through the inhibition of GABAergic neurons.

Jan’s team found that female-naïve male flies were more aggressive toward one another in the presence of virgin females than males that had previously been housed with females. “Prior contact with females strongly modified the subsequent behavioral choice of males and markedly suppressed this sex-related male-male aggression,” the researchers wrote. Using both behavioral and anatomical approaches, “we identified the GABAergic system as a candidate for regulating aggression in flies,” they added. 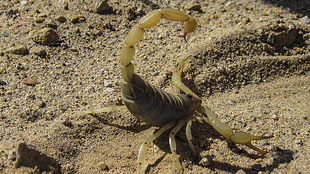 “Our results suggest that evolution in behavior is coupled to both maximum performance and morphology in the case of defensive behavior in scorpions,” CIBIO’s Arie van der Meijden and colleagues wrote in PLOS ONE this week (November 13).

“When it comes to defense, it seems scorpions choose their best weapons,” van der Meijden explained in a statement, adding: “I managed to not even get stung once during this research.” 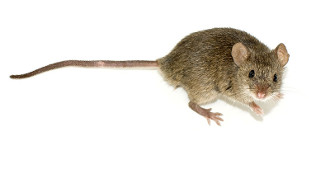 WIKIMEDIA, GEORGE SHUKLINMale house mice that are skilled scent-markers have more offspring, according to a paper published last month (October 31) in Animal Behaviour. Scientists from the University of Veterinary Medicine in Vienna, Austria, found that between two territorial males, female Mus musculus musculus mice most often chose mates who had marked more.

However, scent-marking did not seem to have an effect on the females’ social preferences. While paternity screens showed that they mated more with prolific markers, the female mice socialized more with males who did not leave their scents as much.

In a statement, study coauthor Dustin Penn said his team’s work provides “direct evidence that scent marking is maintained by sexual selection, as it enhanced males’ reproductive success when females could choose their mates.” 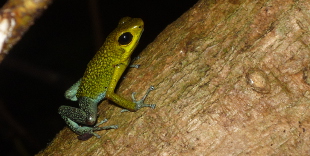 BEATRIZ WILLINKThe poison-dart frog Oophaga granulifera is an aposematic species—meaning the amphibian can advertise certain “signals” via conspicuous colors. This helps green O. granulifera evade predation, for example, and their bright red counterparts attract mates. But it turns out that, in many settings, green frogs may appear as bright as red frogs for conspecifics, though the color does appear to successfully camouflage the frogs from predators, like birds, researchers from the University of Veterinary Medicine of Hannover in Germany have found.

“Our results support the notion that populations of phenotypically or observably different divergent species may use different solutions to the trade-off between natural and sexual selection, by adjusting the place and time of displays to risks and opportunities,” Willink said in a statement. “In poison frogs this may have contributed to the dramatic variation in color pattern conspicuousness observed across species.” 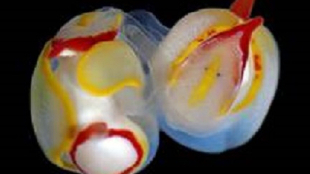 JOHANNA WERMINGHAUSENHermaphroditic Siphopteron sea slugs are the only species known to inject secretions through a stylet-like penis appendage directly into their mate’s forehead. Rolanda Lange and colleagues from the University of Tuebingen in Germany described this traumatic secretion transfer behavior in Proceedings of the Royal Society B this week (November 13).

As New Scientist put it, sea slugs “are one of many animals that inject chemicals into their partners while mating, but the only known species that consistently aims for the head.”

But researchers remain unsure exactly why Siphopteron choose to stab their partners’ heads. Lange told Scientific American that control may be one reason.

“If there is ongoing sexual conflict in this species, ‘neural’ control of the mating partner may manipulate the recipient to behave in a way that is in the interest of the acting male not the recipient,” she said.